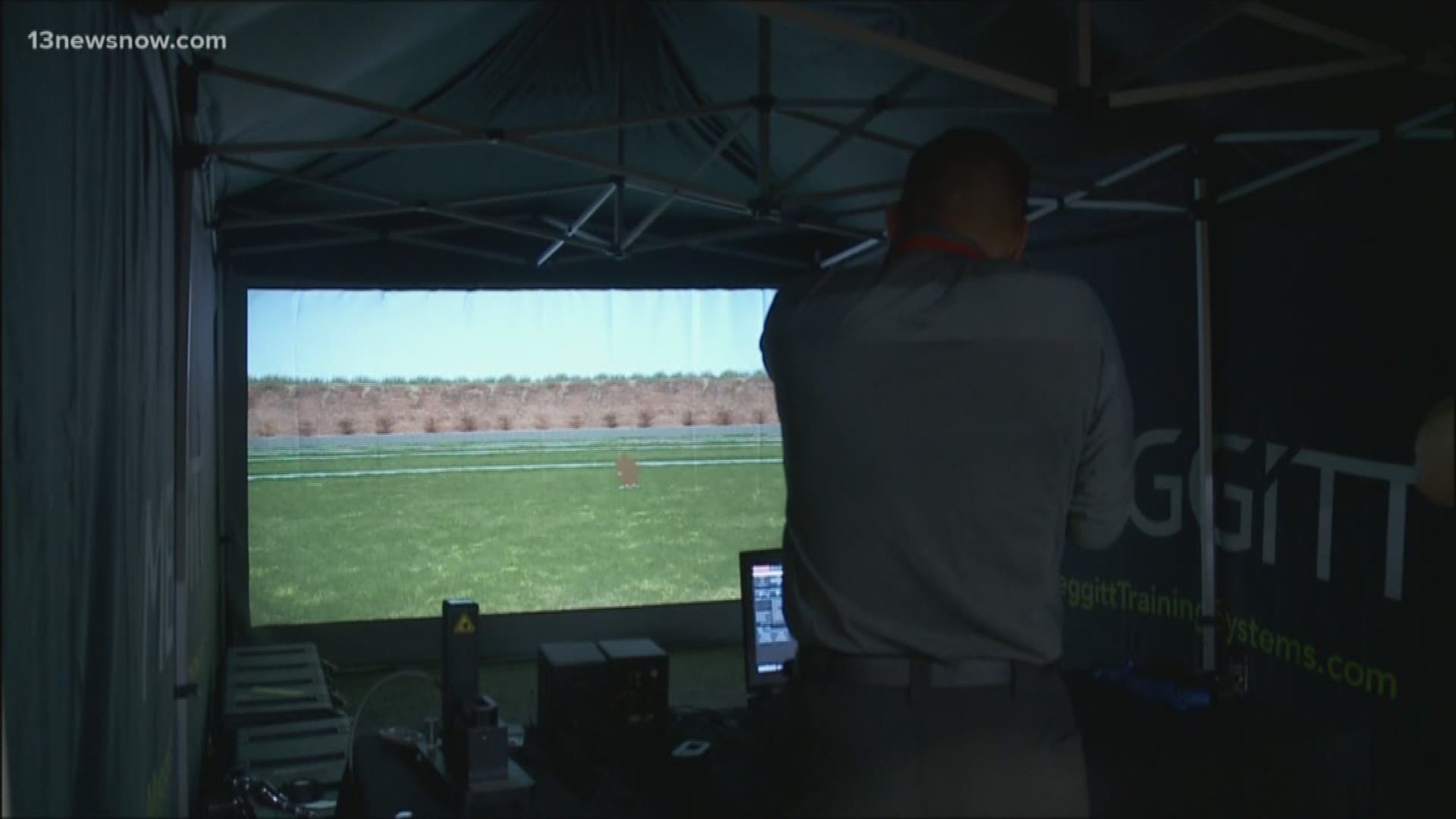 VIRGINIA BEACH, Va. — As you walk into the Warrior Expo inside of the Virginia Beach Convention Center, it’s easy to become overwhelmed by the plethora of vendors.

But the sights and sounds coming out of one booth were hard to miss.

A woman screamed “Help me!” and urged police to tame a hostile situation.

It was part of an active shooter drill conducted by the Meggitt Training System.

An instructor controls the system and determines what the people on the screen will do. The person training has to try to de-escalate the situation.
Sergeant Cliff Clary, a Department of Corrections officer gave it a test on Thursday.

The virtual scenario featured a woman in a hostile environment with her husband. Her husband held their son at gunpoint and refused to comply with the police officer.

Clary has to respond to the situation as best as he could.

It's the system’s unpredictability that makes each scenario seem realistic.

Jeremy Combs, an instructor, said the new trend in training law enforcement officers is catching on across the country. This year’s expo comes on the heels of the mass shooting in Virginia Beach.

“A lot of people mention that when they come by,” said Combs.

“Current events certainly play into training that police departments will do in the future.”

While the training was open to the public, the company typically sells the system to law enforcement agencies.

“I think a lot of the training instructors are forward and say this system has helped our officers be more proficient with dealing with situations,” said Combs.

“I had one department specifically tell me that complaints against the department have dropped 50%, some of that has to be attributed to the fact they’re training with a simulator now.”

The overall goal of the training system is to help officers handle different situations effectively and keep people safe.