New trouble for oysters in the Chesapeake Bay

Acidification is becoming a bigger problem each year for oysters in the Chesapeake Bay. 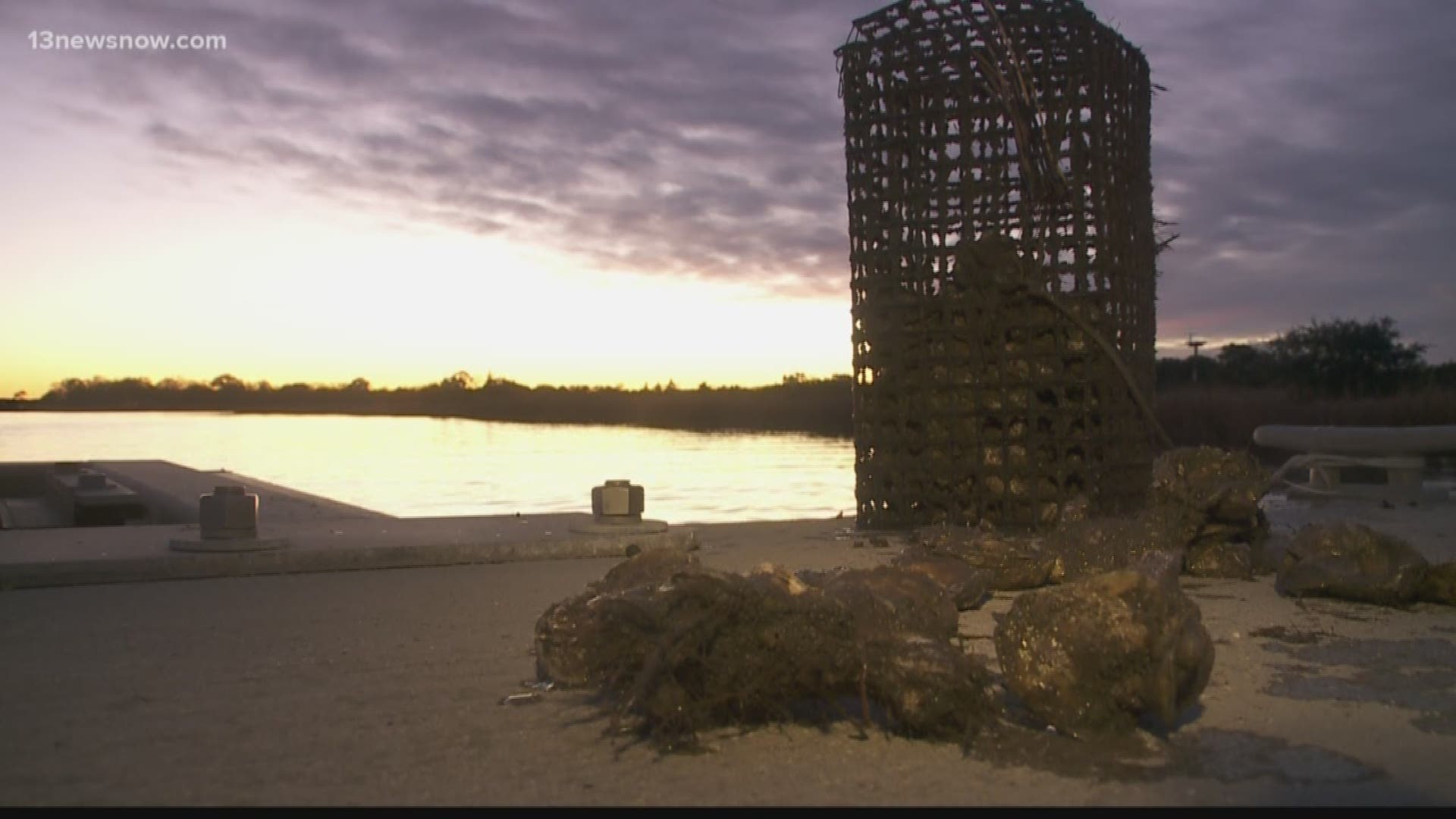 The Chesapeake Bay has faced a number of challenges over the years, but now they have a new one to overcome.

Director of the Hampton Roads Chesapeake Bay Foundation Christy Everett said acidification is becoming a bigger problem each year, but she said it especially impacts the Chesapeake Bay since it’s an estuary.

“Especially that shallower water, that really could mean that we have more devastating effects from acidification,” said Everett.

She said the issues are all because water is becoming acidified when it absorbs carbon dioxide.

“Too much carbon is ending up in our atmosphere and water is taking it in,” said Everett.

She said once the water absorbs the carbon dioxide, acidity goes up causing oysters to struggle.

“Not only the reproductive habits of oysters and it really will impact how much their shell can be able to build,” said Everett.

Everett said we can’t let this destruction occur because oysters are vital to the ecosystem and the economy.

“About 45 million dollars in Virginia is the landside-dockside value of aquaculture for clams and oysters. As that oyster industry is growing, and making more money, and providing more jobs for Virginia, do we really want to put it at risk with this new acidification challenge?” said Everett.

Everett said one way to lower the impact is to reduce carbon dioxide in the atmosphere.

“We need to reduce how much fossil fuels we’re combusting so that’s through transportation, it’s through energy use, and so we can all do apart,” said Everett.