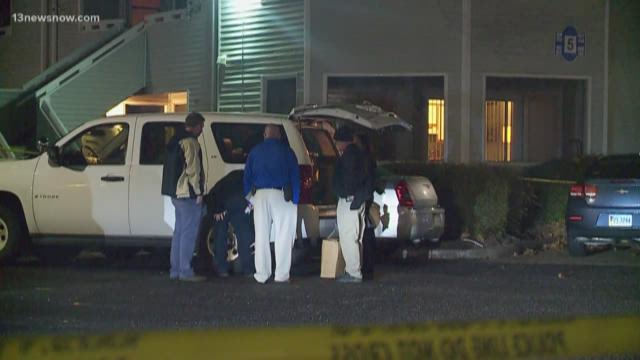 In a late-night press conference, Chief Drew gave an entire rundown of what happened that escalated to the shooting.

Officers went to the 100 block of Nantucket Place around 8:15 p.m. after a man made numerous calls to 911 dispatchers starting early Friday afternoon.

Police went to the man's apartment with plans to charge him with abusing the 911 system. According to Chief Drew, the man answered the door in an agitated state and officers asked him to step outside, but he darted back inside.

The officers entered the apartment and a short struggle began to ensue between the man and one officer. In the duration of the struggle, three more officers got involved in the struggle.

After the officers tried life-saving techniques and calling medics and other first responders to the apartment, the man ended up dying. Chief Drew says the man is in his mid- to late-30s.

All the officers are said to be okay. According to Chief Drew, forensics investigators will obtain a search warrant to gather evidence inside the apartment and each officer involved in the situation will be interviewed.

This is a developing story. You can listen to the entire press conference below: