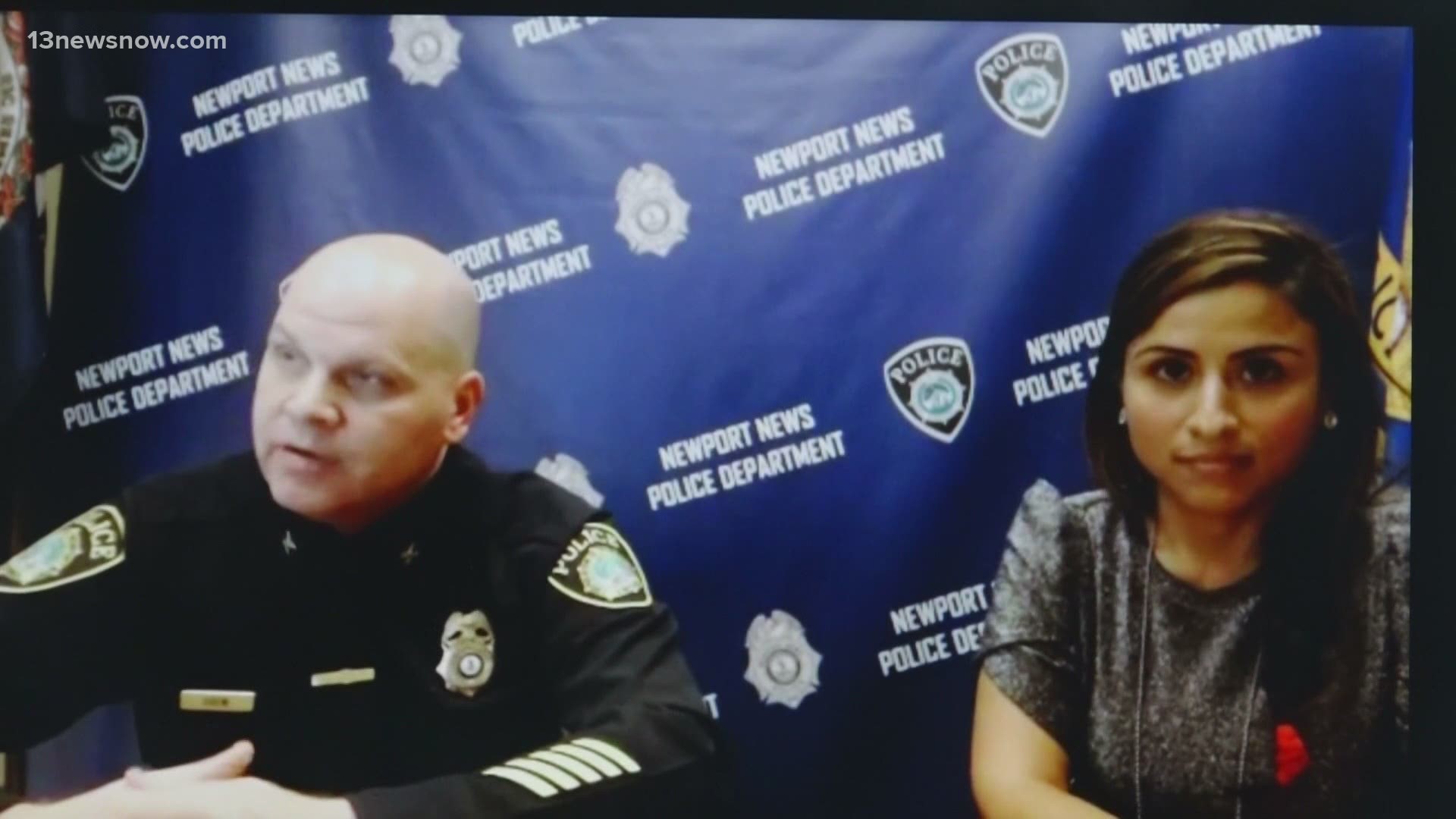 NEWPORT NEWS, Va. — The Newport News Police Department is working to overcome a Spanish language barrier in the city.

The focus is to create a better relationship with the Latino community.

The Greater Hampton Roads Connects dashboard shows Hampton Roads has a Latino/Hispanic population of 135,049 people. The Newport News Police Department wants to make sure everyone gets the service they need.

Newport News Police Chief Steve Drew is making sure his officers know the Spanish language -- even his recruits.

“And I met with them and I asked how many people here speak Spanish. There were about six or seven hands that went up," Drew said.

On Thursday, during a Facebook Live, the chief introduced a new way to reach out to the Latino population. He transferred one of his officers to take on a new role.

“I asked her for a favor. I asked her to help me to bridge the gap with the Hispanic community here in Newport News," Drew said.

Officer Soraida Franco is a mother, a Navy veteran and now the new member of the Community and Youth Outreach Division with the Newport News Police Department, which is focused on bridging the gap in the Hispanic community.

“It will give a chance to the Hispanic community to get to know a little bit of what the police family does. And what it’s actually trying to do for the community," Franco explained.

Patricia Bracknell works for the Hispanic Resource Center of Coastal Virginia. Bracknell said this type of outreach is needed in Hampton Roads.

Bracknell hopes the change will help start a trend to get more Spanish speakers in law enforcement.