The president of Newport News Shipbuilding said it appeared a construction supervisor fell while working in a tank on the aircraft carrier. 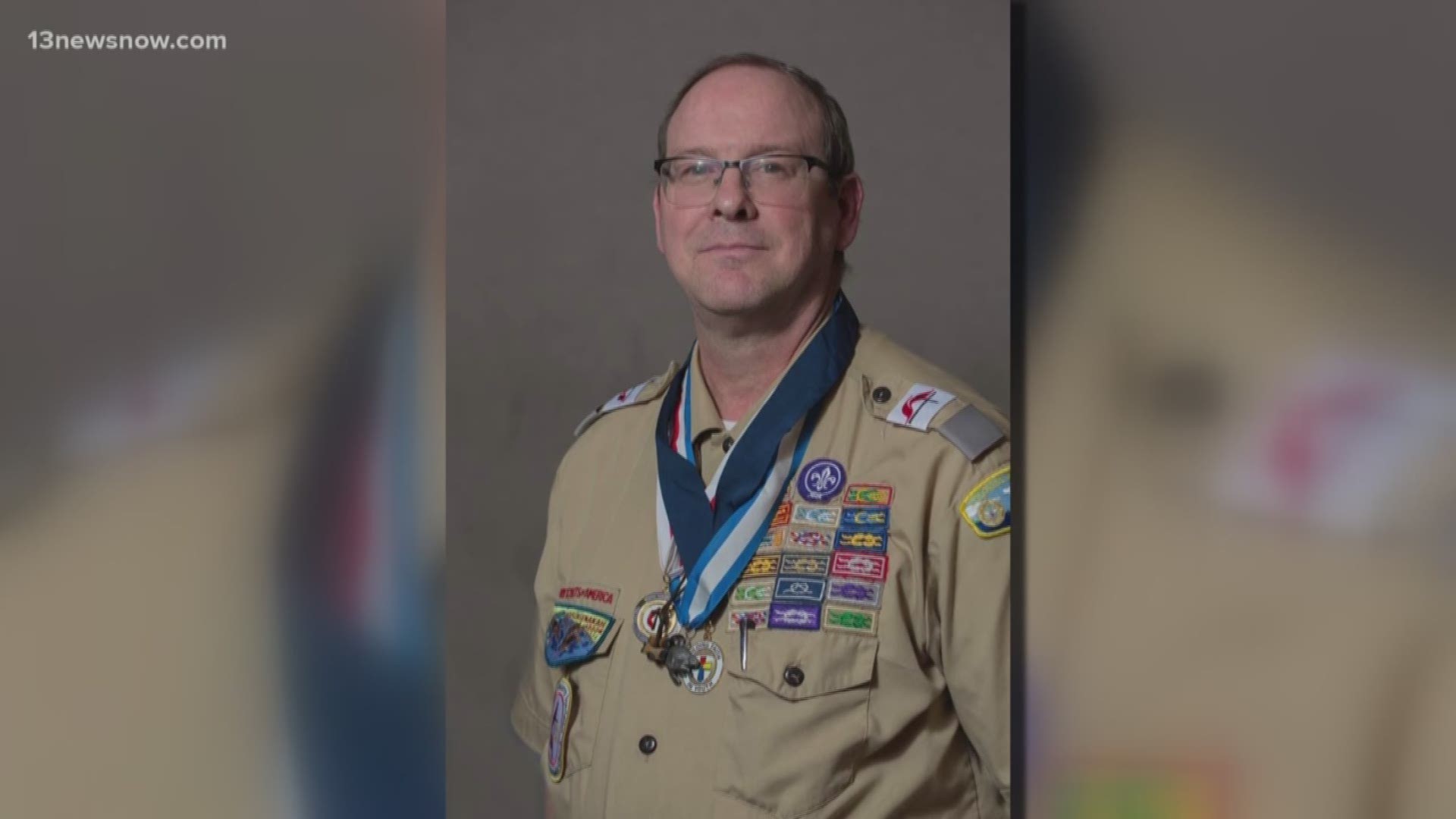 NEWPORT NEWS, Va. — A construction supervisor of 39 years died while on the job at Newport News Shipbuilding on Monday.

The President of Newport News Shipbuilding Jennifer Boykin said the employee, later identified as Tim Ewing, was "fatally injured while working on USS George Washington (CVN 73)." She said they believe he fell while working in a tank, but they are still very early into the investigation.

Boykin said rescue and response personnel from the shipyard and the U.S. Navy worked very hard in the rescue effort. Tragically, the effort was unsuccessful.

No further information about the accident has been released at this time.

On Tuesday, Boykin released a statement about Tim. She said he was recognized for his work ethic, meticulous inspections and preparations for tank closeouts on aircraft carriers.

Tim was a Boy Scout Eagle Scout, and he served as the liaison between the shipyard and the Scouts. He worked to coordinate Boy Scout volunteers for ship christening events. He was also awarded the Distinguished Eagle Scout national award last year, and just last week, Tim’s leadership team presented him with an ethics award for “credibility in his actions, honesty and never quit attitude.”

In recognition of Tim’s 39 years of service to the Newport News Shipbuilding, and his dedication to Newport News Boy Scout Troop 11, there will be a shipyard whistle sounding 11 a.m. on Friday, August 23, for 39 seconds.

Boykin said grief counselors will be at the shipyard all week for anyone who needs it.

USS George Washington is undergoing a refueling and complex overhaul (RCOH) at the shipyard.

The George Washington's RCOH is a nearly four-year project that's performed only once during its 50-year service life. It includes refueling of the ship’s two nuclear reactors as well as significant repair, upgrades, and modernization.

Newport News Shipbuilding is a division of Huntington Ingalls Industries.