The bill, Democratic lawmakers said, will strip immunity from officers for their actions and prevent them from jumping from departments after being fired. 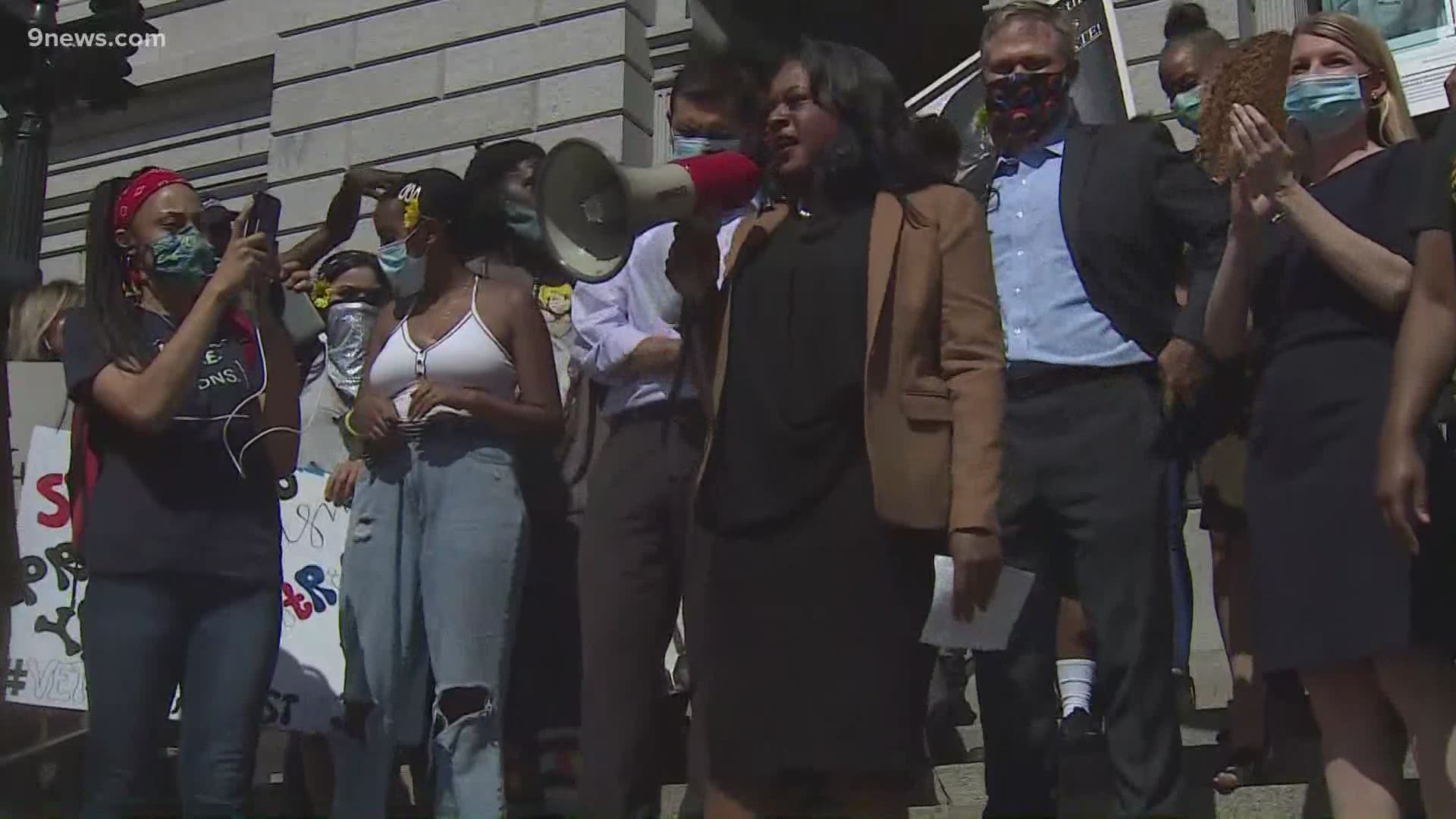 DENVER — A special investigations unit, to review deaths as a result of police action, would be created under a new bill being introduced in the Colorado state legislature.

The legislation was discussed during the sixth day of protesting outside the State Capitol.

"We will, once and for all, strip the immunity that law enforcement has when they kill us. They will no longer be held, and hide, from criminal prosecution. We will also make sure that our bad law enforcement officers do not travel to another city when they lose their job for killing one of us," Rep. Leslie Herod, D-Denver, said at the protest.

She announced her bill, alongside Senate President Leroy Garcia, and other Democratic lawmakers, including a number from the Black and Latino Caucuses.

The bill, which will be introduced on Wednesday, would create a new special investigations unit within the Colorado Attorney General's Office to investigate "the actions or inaction of a peace officer who may have contributed to a person's death or serious bodily injury," according to a draft version of the bill.

The legislation would allow the Peace Officer Standards and Training (POST) Board to revoke the certification of a law enforcement officer if they're convicted of or plead guilty to inappropriate use of force.

RELATED: At least 71% of people arrested in clashes with Denver police actually live in Colorado

The bill would also allow a person to sue the officer as an individual, and not be protected by immunity from a city, county or state.

Herod said the bill would cost millions, which could be a problem since lawmakers are in the process of finalizing a budget with a $3.3 billion cut from last year.

During the protest and announcement of the bill, Natalia Marshall spoke about the need for reform following the death of her uncle, Michael, after he was restrained by Denver Sheriff's Deputies in the Denver jail. His death led to a $4.65 million settlement with the city.

The partner of De'Von Bailey also spoke. Bailey was shot and killed by Colorado Springs Police officers last year. He was stopped by police in the street, as a possible suspect in a nearby robbery. Body camera footage showed him run from police while grabbing his shorts. After he was shot, the police discovered a gun in his shorts.

Officers tried to make contact with McClain, who would not stop walking down the street from the officer. He was taken down by officers. Then-police Chief Nick Metz said McClain repeatedly reached for officers' weapons. McClain was put into a carotid restraint hold. Aurora Fire Rescue administered a medication to reduce his agitation. McClain suffered cardiac arrest on the way to the hospital and died a few days later.

"Elijah's a native of Colorado. Can I tell you how much it hurt me to see you all rally for somebody in another state, but not for my son last August," McClain's mom, Sheneen, told the crowd. "I appreciate that you guys are out here now. Maybe you guys were a little too busy in August last year, but he needs y'all now, still."

Herod called on the protesters to come to the Capitol and rally every day until her bill is passed.

At minimum, it takes three days to pass a bill, if it's fast-tracked.

SUGGESTED VIDEOS | Full Episodes of Next with Kyle Clark