A police chase in Chesapeake ended in a deadly crash Thursday. 13News Now found out who the victims were and how they'll be remembered. 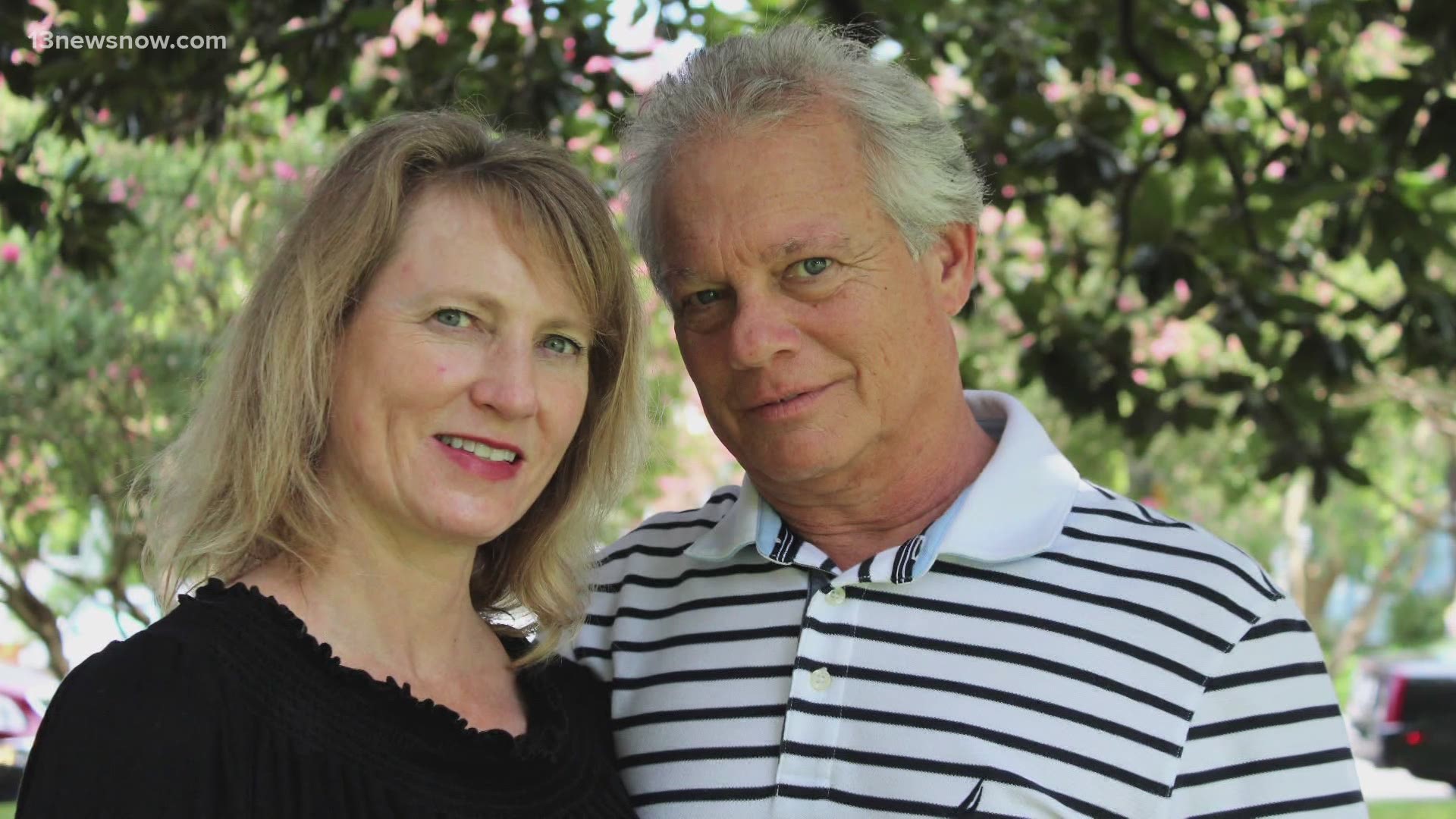 CHESAPEAKE, Va. — Jennifer O'Connell, 54, and David Jones, 65, were killed in a deadly crash stemming from a police chase Thursday, according to Chesapeake Police.

Both are from Chesapeake and were innocent victims.

Communities are in mourning, including fellow parishioners at Episcopal Church of the Epiphany in Norfolk.

"It's just really hard. It was senseless," said Rev. Richard Bridgford, the priest in charge. "When somebody is sick for a long time and dies, that's one thing. But when it's something like this that didn't have to happen, that makes it harder I think."

"Any time a congregation like this loses two people, younger people at that. It’s hard on the whole congregation," said Bridgford.

Jones was raised at the parish and most recently served on the church board or vestry. O'Connell was the parish secretary or parish register.

"They were kind, they were gentle people," said Pritchard.

They were known to be some of the most helpful too, ushering, counting donations or helping out with different events.

"Just always so happy and pleasant to be around," said Jackie Rochelle with church communications.

"They just seemed so lively, happy, so happy to be here," said Marcia Cronin, a member of the church. "And we were so happy to have them here. Here, they'll be forever remembered for how they lived."

On Sunday, July 18 at 10 a.m., the church will dedicate a service in their honor. There's no word yet on funeral arrangements.

Meanwhile, the suspect in the police chase and crash remains in Chesapeake City Jail.  Ishmell Seymore, 23, faces two counts of second-degree murder, among other charges. He's due back in court July 23.

TONIGHT ON @13NewsNow: Members of Episcopal Church of the Epiphany in Norfolk remember two of their own.

David Jones and Jennifer O’Connell were the victims in a Chesapeake police chase that ended in a crash.

Our story airs tonight after the NBA Finals at ~11:30 p.m. pic.twitter.com/0kxajSpXOV