Young Terrace, Calvert Square, and Tidewater Gardens will be town down and replaced with mixed-income and mixed-use properties. 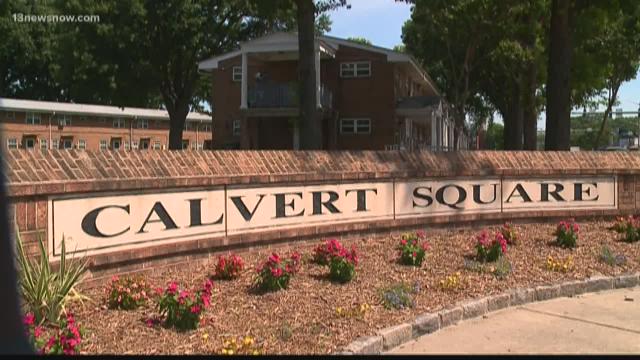 Councilman Paul Riddick was the only vote against the Norfolk Redevelopment and Housing Authority project.

The housing developments will be replaced with mixed-income and mixed-use properties.

Riddick said before he voted, he feared promises the city and the NRHA are making won't be fulfilled, impacting thousands of lives.

In the resolution, it states that if this entire process were to eventually go through, it could take 10 or more years for it to complete all phases.

People from Norfolk, some in those low-income communities, voiced their opinions to city council about a resolution.

Those Young Terrace, Calvert Square, and Tidewater Gardens residents had varying views on the NRHA resolution.

The three neighborhoods are home to more than 4,000 residents and more than 1,600 housing units.

"I feel as though we deserve anything else that the same people in Ghent get, the same as those people in Colonial Heights. We in Young Terrace, Calvert Square, and Tidewater Gardens deserve all those same equal rights," said one woman from Tidewater Gardens who supported the resolution, but stressed promises need to be kept.

The resolution is a promise to provide human services such as job training as well as other financial skills.

"At this time, it's putting the cart before the horse. There's no concrete timeline or plan in place for where these families in these affected projects will go once their homes are demolished," said a Norfolk man.

Some, like Norfolk-native Bruce Smith, didn't seem to have a side, but once again, reflected on past projects where residents felt what was promised didn't come true.

"You do it with education. You do it by improving their living conditions and you do it by giving them an opportunity to get ahead," Smith said.

He shared his story about growing up in Ghent when that neighborhood went through something similar.

Council members said they promise to oversee this project as it moves forward and make sure people in those neighborhoods continue to receive affordable housing.