It's been a controversial topic from the start: the Atlantic Coast Pipeline. 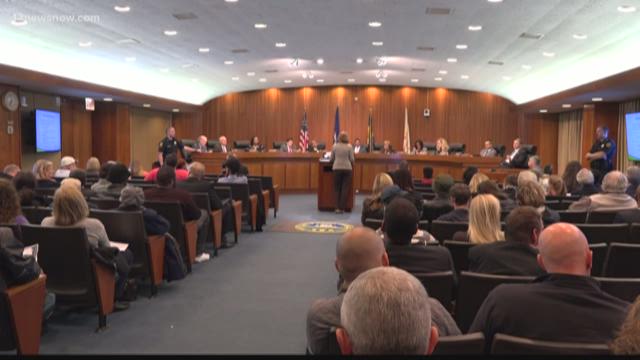 NORFOLK, Va. (WVEC) -- It's been a controversial topic from the start: the Atlantic Coast Pipeline.

It's planned to stretch 600 miles through three states, including Virginia.

"I just think water is like the most precious resource we have," said a man protesting the pipeline.

The meeting drew dozens of people, both for and against a bid for a long term easement for 40 years and temporary construction easement across Norfolk property in Suffolk.

The easement would grant the pipeline access at Norfolk's Western Branch reservoirs and Lake Prince.

Those who spoke to council against the pipeline said they're worried about the water supply and climate change. They're also rejecting the idea of pipeline construction creating jobs.

Supporters in the meeting said they believe the pipeline can be safely routed underneath the reservoirs, thus mitigating risks.

But outside, the opposition made sure anyone walking by heard their message.

Mayor Kenny Alexander said the agenda will be continued on December 19.