Rev. Al Sharpton delivered the eulogy at Brown's funeral Monday: "We’re going to celebrate him, but we’re not going to excuse the fact we shouldn’t have to be here." 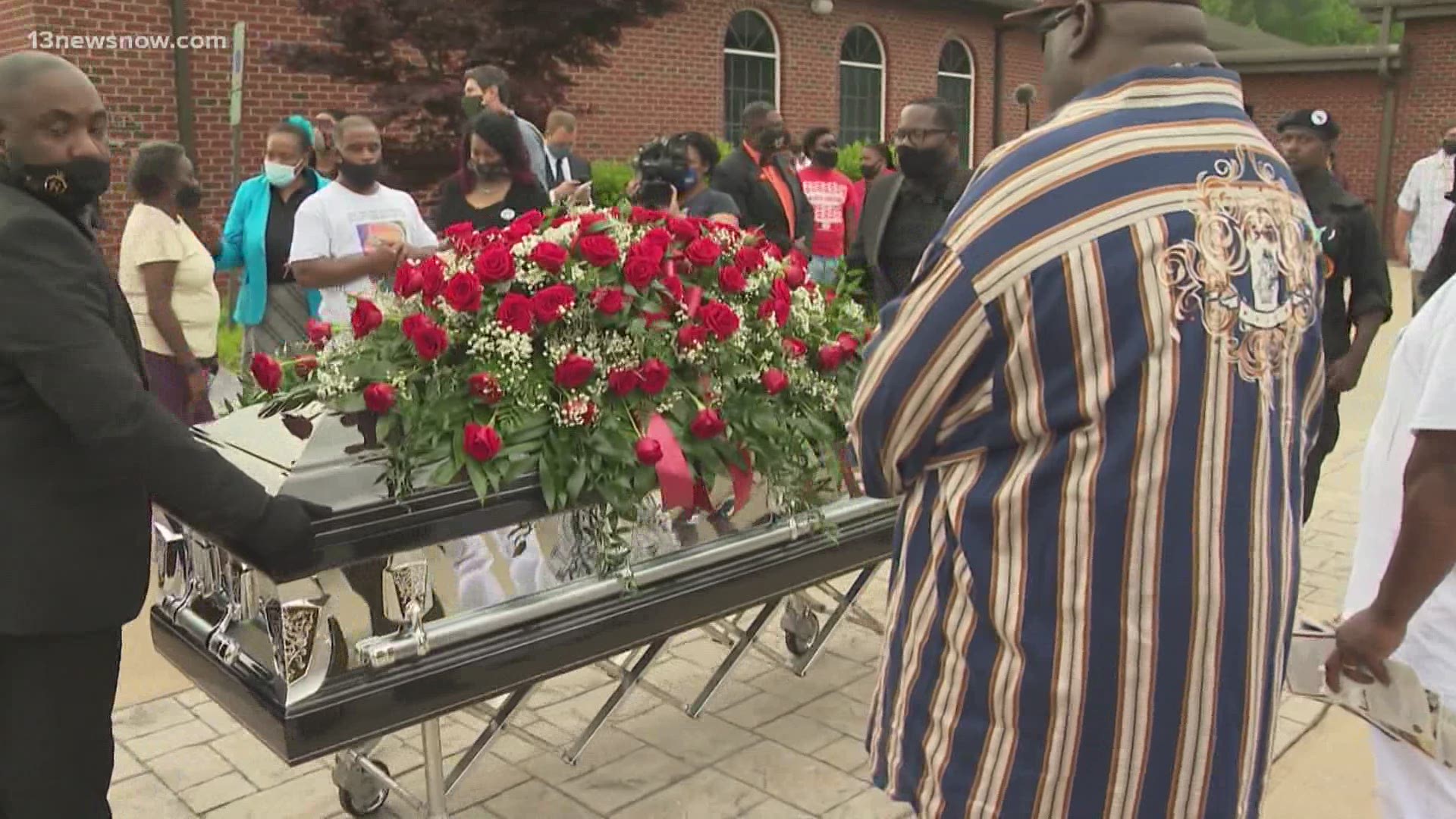 Brown's family members covered his casket in roses, released doves in his honor, and talked about how his name is now a part of a justice movement bigger than himself.

"We’ll get through this," said Jha'rod Ferebee, one of Brown's sons. "I want to thank everyone for supporting the movement and we’re going to keep it going and get justice."

“They serve warrants all the time but you don’t shoot people in the back of the head," Sharpton said. "If he did wrong, bring him to court. But you don’t have the right to bring him to his funeral.”

A plane flew above the funeral with the message: "Andrew Brown Jr. Never Forgotten." A spirited choir and band also led the celebration of life at Fountain of Life church in Elizabeth City.

Credit: Evan Watson (13News Now)
A memorial for Andrew Brown Jr. set up outside the sanctuary at Fountain of Life church in Elizabeth City.

Brown’s son Khalil Ferebee teared up when talking about his father.

“All I've got to do for myself and my family, we've got to hold him down, do what he would want us to do in life," Ferebee said. "I love you, pops."

“The systems in this country have to be torn down and reimagined so they can include all of Brown’s children, all of God’s children and we do not have to worry as Black men and women going out to make sure we can make it back home or even worse our children [can make] it back home," Sellers said. "So I want you all to know to know here today that we’re going to stand up for what we believe to be right."

Within the next week, a few members of Brown’s family will watch body camera videos of Brown’s death.

A Pasquotank County judge denied the public release of the video but said he’ll reconsider after the North Carolina SBI investigation is finished.

“You got to be subject to the law whether you have on blue jeans or blue uniforms, what is right is right," said Sharpton during his eulogy.