The lawsuit cites wrongful death and excessive force, among other complaints. Lawyers believe the federal claim will grant access to full, unredacted footage. 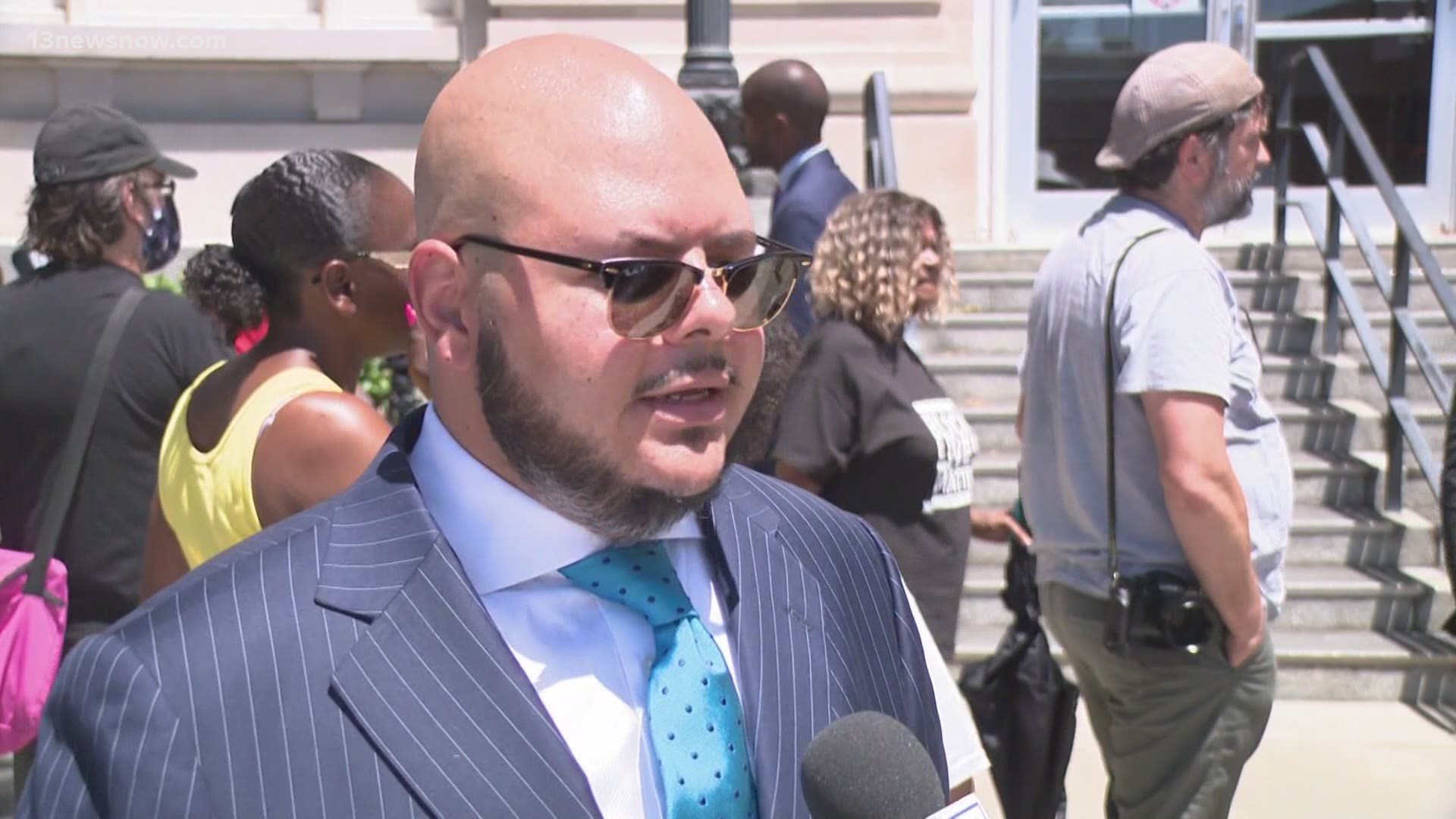 Brown’s aunt, Lily Brown Clark, is listed as the plaintiff and administrator of his estate.

“This is not over. This is just beginning,” said Cherry-Lassiter.

On April 21, in a joint task force between Dare and Pasquotank Sheriff’s departments, deputies attempted to serve drug-related search and arrest warrants for Brown Jr.

District Attorney Andrew Womble ruled the shooting justified and said the deputies who shot Brown would not be charged.

In May, Womble said Brown used his car as a “deadly weapon” and drove at deputies.

“While tragic, the shooting of Mr. Brown was justified due to his actions,” said Womble during a press conference in May.

Womble went on to say that Brown’s actions “caused three deputies to reasonably believe it was necessary to use deadly force to protect themselves and others.”

The district attorney referenced a 2014 federal ruling (Plumoff v. Rickard) that claims, “if police officers are justified in firing at a suspect in order to end a severe threat to public safety, the officers need not stop shooting until the threat has ended.”

However, the lawsuit filed Wednesday argues Womble’s legal justification does not align with previous federal rulings. Lawyers for Brown’s estate cite a 2019 federal ruling in the Fourth Circuit U.S. Court of Appeals, which states using deadly force after officers are no longer in a vehicle’s path is a form of excessive force.  The Fourth District U.S. Court of Appeals covers Elizabeth City.

“The basis of him not pressing charges shows he completely deviated from the applicable law,” said Chance Lynch, one of the family attorneys.

Two of the deputies who fired guns in the incident have returned from administrative leave and another resigned from the department, according to Pasquotank County Sheriff Tommy Wooten in June.

The official autopsy confirmed Brown died from a gunshot to the back of the head and ruled his death a homicide. He was also shot in the right arm and suffered wounds to his right thigh, right arm, and upper back.

“We filed this lawsuit because Andrew Brown Jr. did not get justice in life, and so far, he has not received justice in death,” said attorney Bakari Sellers.

“We filed this because Andrew Brown did not get justice in life and so far he has not received justice in death.” - @Bakari_Sellers.

Attorneys also believe the federal lawsuit will finally give them full access to the unredacted body and dash-camera footage, along with other recordings, from Brown’s death.

“We’re pursuing a federal lawsuit which will enable us to issue federal subpoenas and get access to stuff they didn’t want to give us,” said Lynch.  “And so now they can’t preclude us from getting it because it is in federal jurisdiction which is outside the purview of the elected district attorney.”

As 13NewsNow previously reported, Sheriff Wooten has renewed his effort to have body cam recordings released to the family and the public. A judge originally denied the request in April.

The court authorized the release of some bodycam footage while the criminal and internal investigations into Brown's shooting were taking place, but the amount of footage was limited. Because both investigations wrapped up, Wooten's renewed and supplemental petition that he filed in May contends that video that had not been released should be shared.

A hearing is scheduled for July 19 in Elizabeth City.

Wooten said he is hopeful for a ruling allowing the release of the additional footage. If the judge does grant a release, once that order from the court has been received, the sheriff's office said it will work to release the footage in a timely manner.

“I and this team have federal subpoena authority to get all the videos, all the tapes, all the recordings, all the records,” said Attorney Harry Daniels. “And no district attorney, no county administrator, and no state court can stop us from doing that because the federal law trumps the state law in North Carolina.”