Some businesses in Elizabeth City opened Friday after Thursday night's snow. Owners said they checked the roads and thought customers would visit. 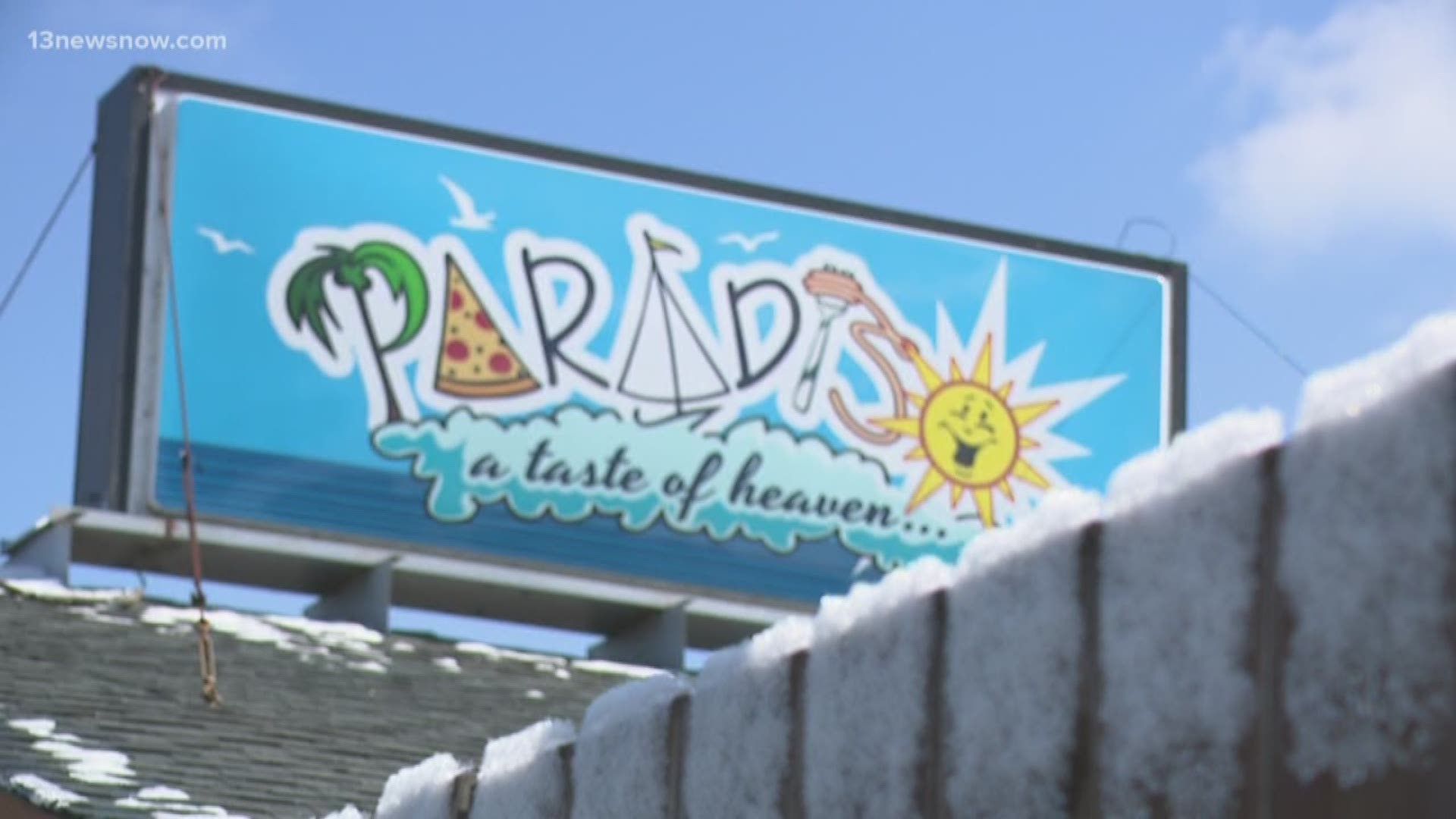 More than an inch of snow fell over the city, according to our weather team and melted early Friday morning.

The owner of Paradiso Roma Ristorante, Andrew Leclair, said they opened after checking the roads.

"As long as people were driving the roads and coming in, we figured we would be open," Leclair said.

Leclair said if his restaurant shuts down for the day, it affects more than just the people coming in to eat!

RELATED: So how much snow did Hampton Roads and North Carolina get?

"We are a small town and we have 15 full-time employees that work here and rely on the money and that it is a Friday night," he explained.

NCDOT officials say crews worked throughout the night checking the roads. Currituck County Maintenance Supervisor Reginald Saunders said the roads weren’t as bad as they thought it would be.

"We came out at [3 a.m.] and we put salt in those areas for the traffic in the morning because we have a lot of people that go to Virginia to work so we wanted to make sure that the road was safe for them," Saunders said.

NCDOT officials want to remind drivers that the wet roads and cold weather could create black ice, so be extra careful when driving.