HWY 55 Burgers, Shakes and Fries served free meals to all active and retired coast guard members and their families. An estimated 400 people came through the door. 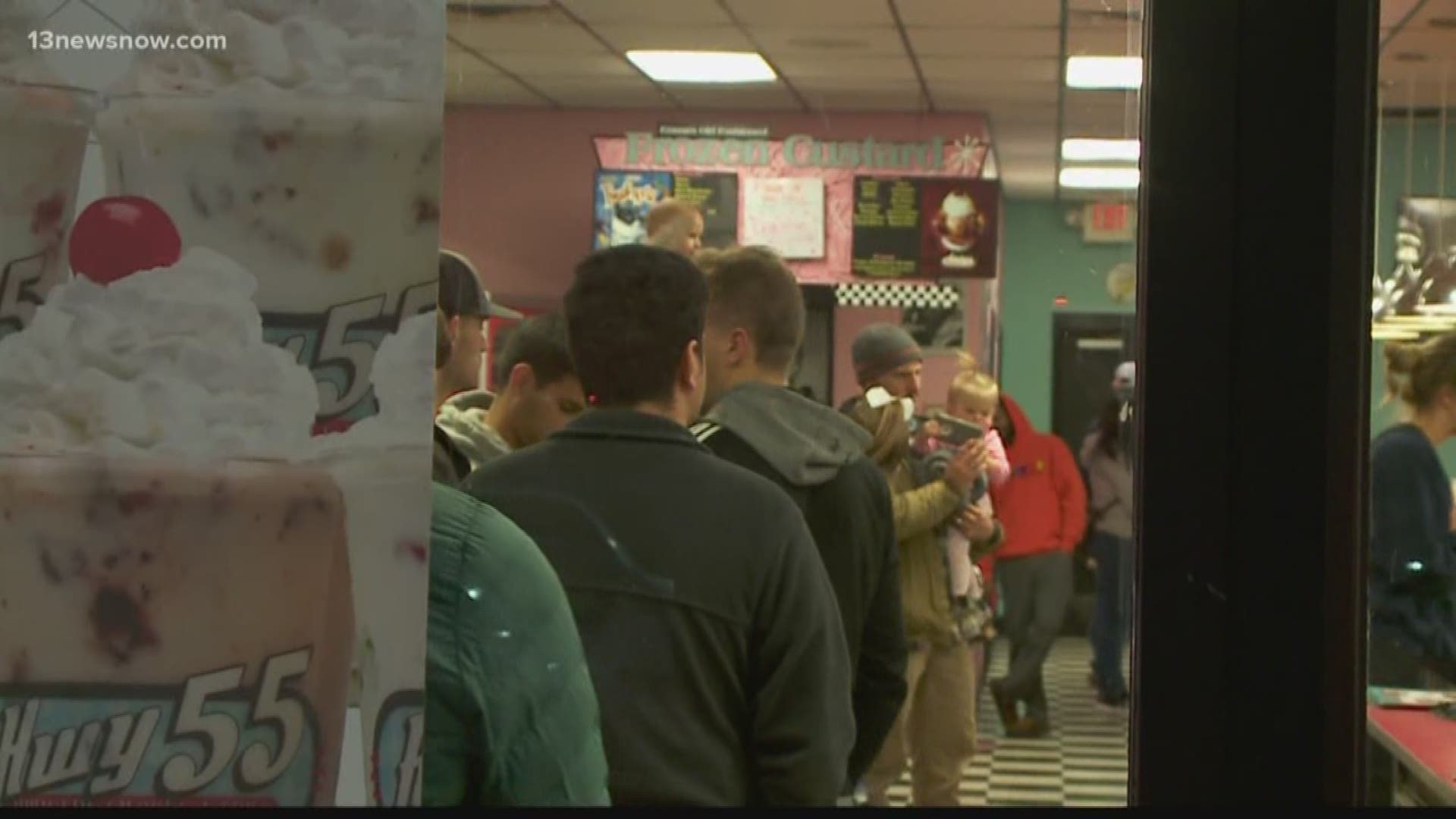 ELIZABETH CITY, N.C. — Many Elizabeth City residents are feeling the effects of the government shutdown, considering its home to the nation’s largest coast guard base.

Because of this, HWY 55 Burgers, Shakes and Fries, served free meals to all active and retired coast guard members and their families. An estimated 400 people came through the door.

“We live in a small community as it is and don’t have a lot of large businesses so most of the businesses here are very small. So, for them to open their doors and say here is a free meal is quite humbling,” said Christy McKethan.

McKethan, a member of the U.S. Coast Guard, hasn’t been paid in a month. She said for many of these families going out to eat is a luxury they literally can’t afford.

“We don’t make a lot of money anyway so we have to live on a budget so now we are having to make that budget spread even thinner than what we normally do,” said McKethan.

“I can be able to take my family out normally. Due to the circumstances that we have, it’s very difficult to do so,” said Richard Mehling of the U.S. Coast Guard.

Mehling said just seeing the smiles on his kids' faces, makes you forget, just for a night, how difficult the last 31 days have been.

“I like how people are kind to give us food especially when the government shuts down,” said Mehling's son, Alexander.

HWY 55 Owner, Brandon Oats, said being a successful community business goes beyond grilling a good burger, it’s also about being a good neighbor.

“I think when the government steps down the American people should step up and our company is founded off of love your neighbor,” said Oates.

These families will tell you, they aren’t asking or looking for this type of generosity, they just want to get back to normal as soon as possible.