In a jumpsuit behind the Virginia Beach jail glass, Christopher Stevenson criticized the charges he's facing. 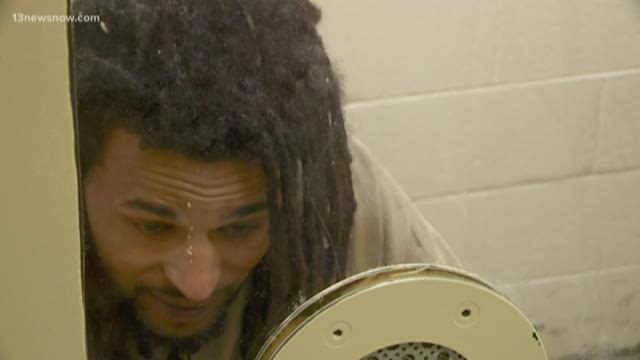 Virginia Beach police arrested Stevenson and his girlfriend, Amanda Starr, on Tuesday night. Both were wanted for prostitution and kidnapping charges in Alamance County, North Carolina.

This all stems from a traffic stop over the weekend in North Carolina.

Law enforcement said they found evidence that the victim was being held against their will and forced into prostitution. Deputies later found the victim.

Stevenson said the traffic stop did happen, but he said he and Starr weren't arrested then.

"I don't know why the police wouldn't have just arrested us when they pulled me over if they thought I took her," he said.

Stevenson claims police took his phone, his car, and his wallet. He denied that he and Starr kidnapped the victim and forced her to have sex.

He said they were trying to help her. He's confused about why they're being accused of crimes.

"We did nothing but help this girl the whole time - give her clothes, food, help her get away from a bad situation. She don't got a mommy and daddy," Stevenson told 13News Now.

But, court documents state law enforcement believes there was intent to force the victim into sexual servitude, so both Starr and Stevenson will remain in jail with no bond.

Both will be extradited back to North Carolina. If found guilty for the charges, they could each face up to 41 years in prison.