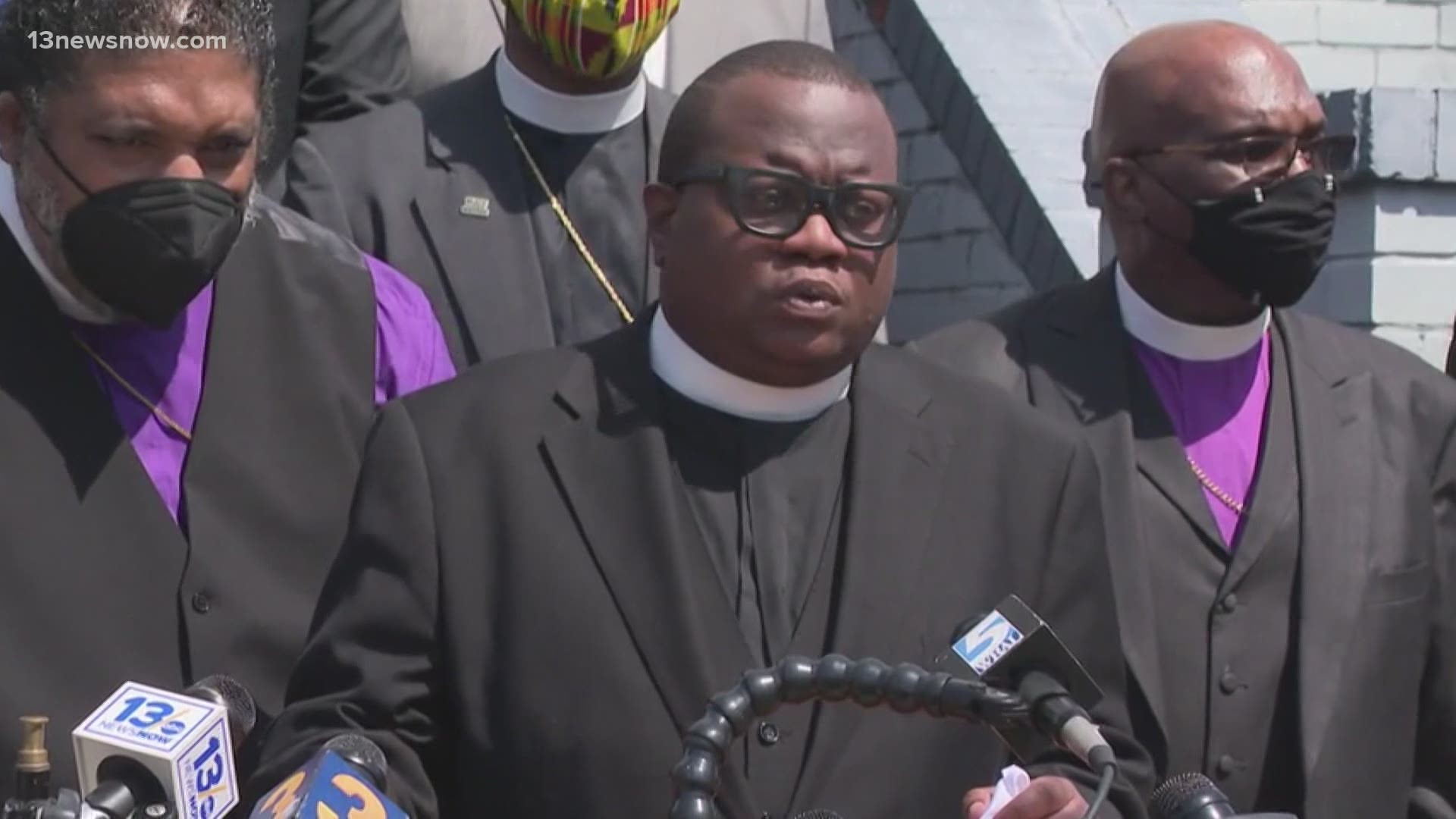 “After a while, you’re marching and preaching and protesting so long, over 30 days of this, and how do you keep marching forward without being angry," Rev. Javan Leach told 13News Now Tuesday, the pastor at Mt. Lebanon A.M.E Zion Church near the city's downtown.

Faith leaders led demonstrations in the cities of Asheville, Charlotte, Raleigh, Fayetteville, Greensboro, Winston-Salem, and Wilmington, adding to another night of marching in Elizabeth City.

“For over 40 nights since Andrew Brown Jr. was killed by police, they have been protesting not peacefully but nonviolently in the streets of Elizabeth City, Charlotte faith leader Steve Knight told WCNC ahead of the evening's demonstrations.

Since deputies shot and killed Brown Jr., District Attorney Andrew Womble told the press this May that the use of force in the case would be considered "justified." No charges have yet been filed in the case, and the deputies involved with the Sheriff's Office will reportedly keep their jobs with the agency.

For the community leaders on the ground where Brown Jr. was shot and killed like Rev. Leach, they hope the first of the unified larger-scale protests spark the change they've been searching for.