Elizabeth City artist paints 'No Justice, No Peace' over own mural for Andrew Brown Jr.

Jess Kimbra, a native and artist with a studio in downtown Elizabeth City, used her canvas to support those fighting for justice. 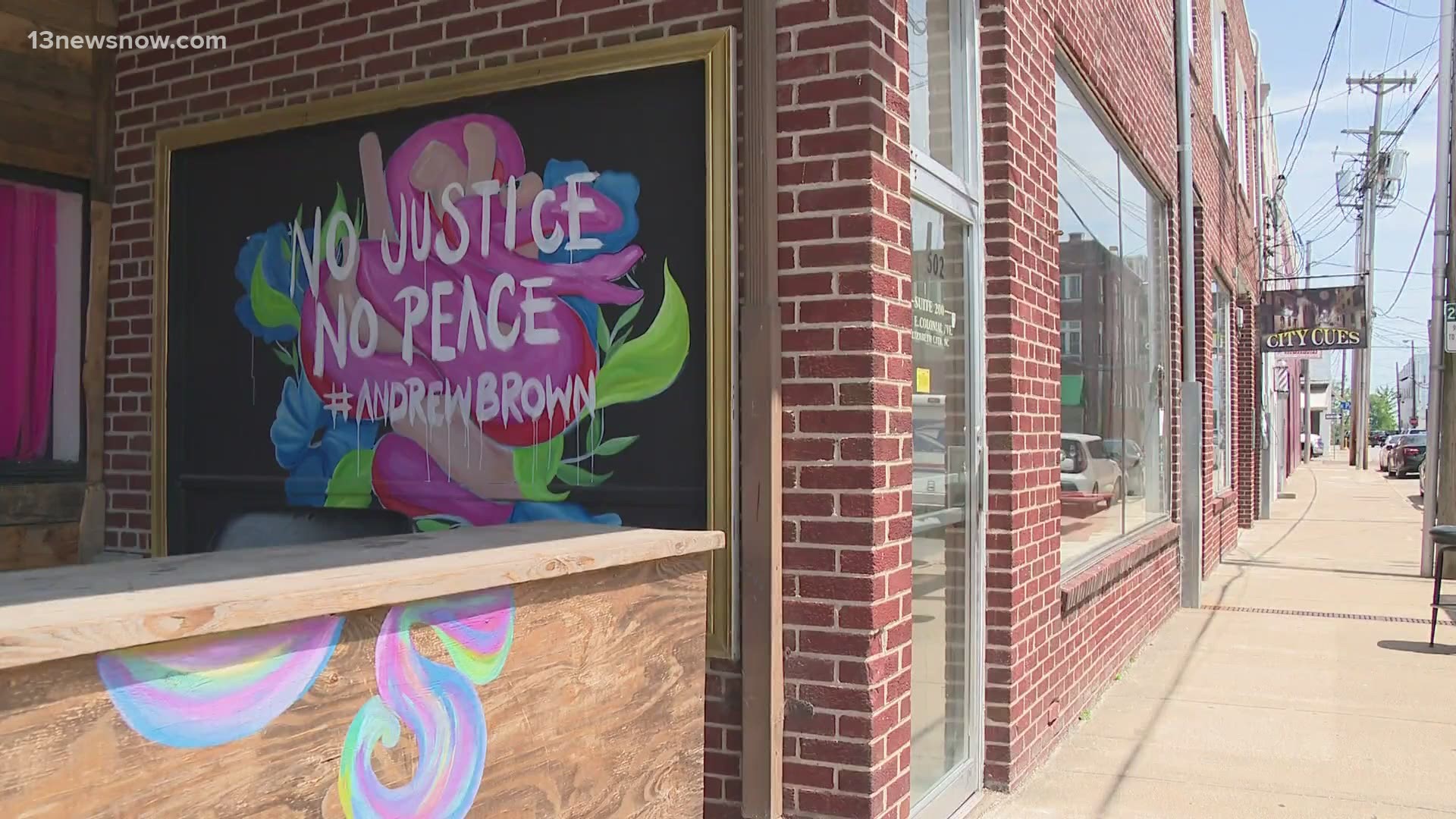 ELIZABETH CITY, N.C. — If home is where the heart is, then the heart of Elizabeth City collectively mourns for the death of Andrew Brown Jr.

The small North Carolina town has suddenly been thrust into the national spotlight after deputies from the Pasquotank County Sheriff's Office shot and killed Andrew Brown Jr. while serving a warrant last week.

On Thursday afternoon, names of the deputies who fired weapons involved in the fatal shooting were released to the public.

Kimbra, a native and artist with a studio in downtown Elizabeth City, used her canvas to support those fighting for justice.

She painted over an already-accomplished mural outside her studio on Colonial Avenue are the words "No Justice. No Peace. #AndrewBrown" written in white paint, blocks away from the Pasquotank Sheriff's Office and site of news conferences and protests surrounding the case.

“As I was painting it, someone was like, 'Why would you ruin it? Destroy your own picture?' There’s a bigger picture here," Kimbra told 13News Now Thursday.

Jeff Christian, a long-time resident of the area, raised his BLM flag shortly after the killing of George Floyd, whose death sparked a summer of racial justice protests.

“Yes, all lives matter. But when they start killing your people, then see how you feel," Christian said.

Christian says he knew Andrew Brown Jr. and his family, and never imagined his town would be the next in a growing list of small towns at the heart of important civil rights cases.

Nearby, Christina Persico's family flies a similar Black Lives Matter flag too, even closer to the site of where Brown Jr. was shot and killed.

Funeral services have been scheduled for Sunday and Monday in Elizabeth City.