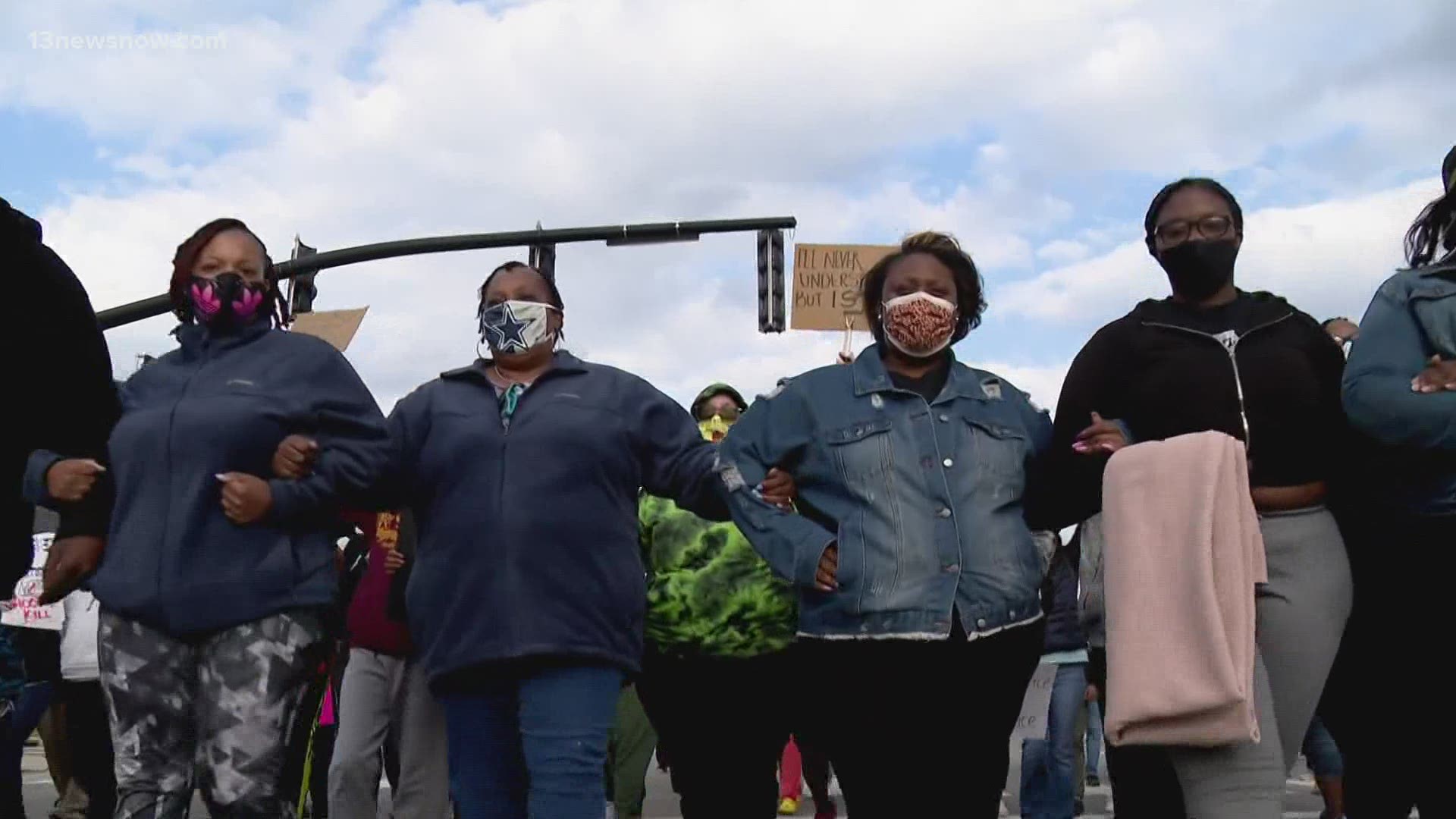 As family members of Andrew Brown viewed the body camera footage showing Brown’s killing, people gathered outside for the sixth day of protests.

“We need to see an arrest," said Gabriel Adkins, Elizabeth City council member. "That’s going to be the next thing after they release this video footage. We need to know who was involved, we need to know that they are taking action and bringing whoever it was held accountable.”

He continued: “Accountability. That’s what we’ve all been talking about and now it’s time for that accountability to take place.”

Adkins was among the dozens of protesters who say they’ve known Brown for years.

“It almost feels like a close family member that this has happened to,” he said.

Everyone is feeling a wide range of emotions: a sense of shock that something like this happened in their community, outrage that someone was killed, and heartbreak that it was someone they knew and loved.

“You see this all around the world. And for that to happen here in our little city and to somebody you really know, really know. It’s unbelievable, man. It’s just crazy,” Richard Whitehurst said.

“A friend of mine called me and said it had happened and I was like, no way. I got up right then and went to the scene. Once I seen that, it crushed me. And I had just talked to him that morning," Whitehurst said.

Susetta Bowser Johnson said she's calling for accountability not only for Brown but for her son and other Black men and women, so this doesn't happen again.

“I want justice for Andrew Brown," she said. “We want the truth. That’s my goal – to find out what happened because I’ve been knowing him all his life.”

She described Brown as a nice person who loved to spend time with family and friends.

"He’d give you his last. He loved everybody," she said. "I just don’t understand why they had to shoot him in his back.”