Family attorney Harry Daniels and another family member will reportedly attend a rally scheduled for this Saturday in Elizabeth City. 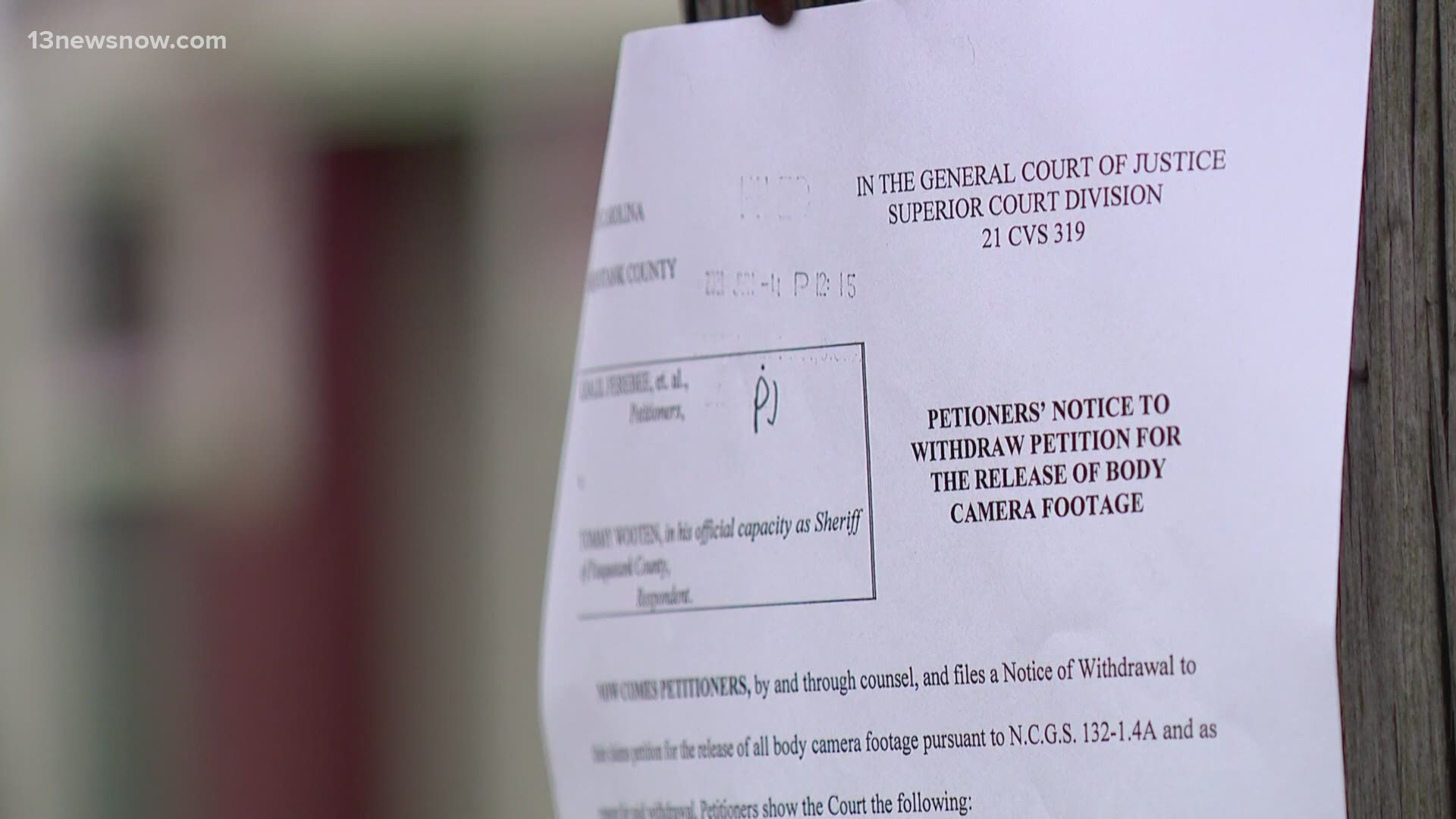 On June 4th, Brown's family and legal counsel filed a Notice of Withdrawal for the petition to release body camera footage from the day deputies with the Pasquotank County Sheriff's Office shot and killed Brown while serving a warrant.

Family attorney Harry Daniels told 13News Now that the release of video would have come with legal conditions their counsel could not agree to and would have limited them legally in the case moving forward.

The petition shows that the legal team did not want to be "negatively impacted" and wanted to "preserve their rights to pursue further legal action without fear of restrictions."

Daniels said that this decision does not prevent them from seeking the video's release through other avenues and that they will be using federal actions to do so.

"We chose another direction to secure the videos, that’s through federal proceedings and an upcoming federal lawsuit," Daniels said.

Sheriff Wooten is trying to have the video released to the public and to the family as allowed by the statute and with the approval of the court, and then that he has no comment on the family’s decision.

Thursday marks 50 days since Brown's death, and despite continuous protests and marches calling for the public release of the video from that day, it still has not been viewed in its complete entirety.

Daniels and another family member will reportedly attend a rally scheduled for this Saturday in Elizabeth City.