Counties and hospital systems across North Carolina are working to vaccinate as many people as possible and as quickly as possible. 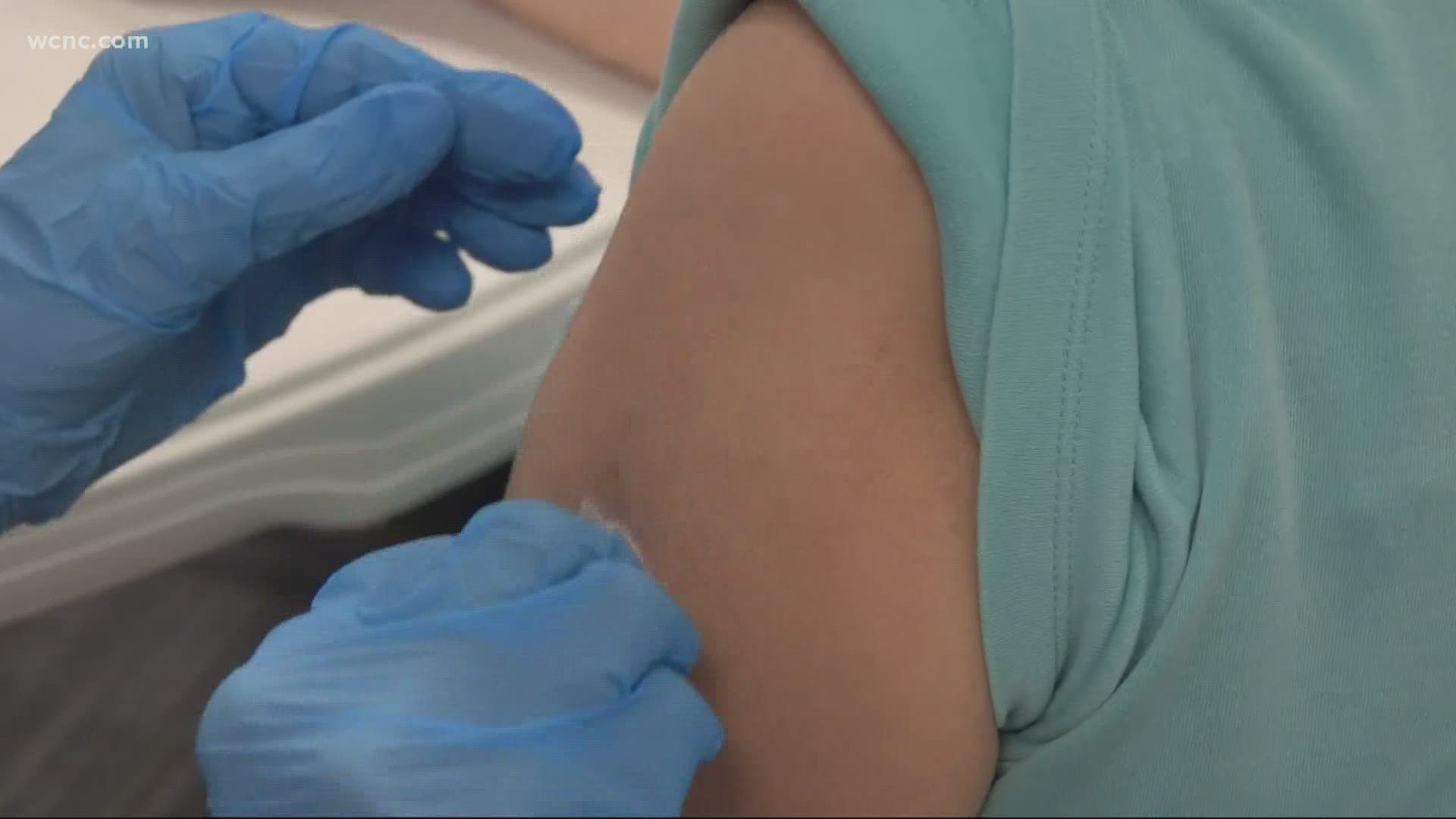 CHARLOTTE, N.C. — Counties and hospital systems across North Carolina are working to vaccinate as many people as possible, and as quickly as possible, despite constraints on the supply.

And state and federal officials are looking to speed the process up even more.

Originally, North Carolina officials prioritized making sure all 100 counties had some vaccine to distribute to frontline healthcare workers and people 75 or older.

But Health Secretary Mandy Cohen said at a joint legislative committee meeting that some counties and systems are managing it better than others, and those who aren’t getting it out fast enough, won’t be prioritized for further shipments.

Getting as many people vaccinated as possible is the shared goal, but for some, their turn in line isn’t coming fast enough.

“We understand the anxiety that people in our communities have. We get the phone calls, we see those people in our clinics asking for the vaccine,"  said Dr. David Priest with Novant Health. "Our primary barrier to vaccine right now is managing the very limited supply allocation."

Dr. Mandy Cohen said the state has allocated more than 417,000 doses of the covid vaccines to hospitals and local health departments and 165,000 doses to long term care facilities through a federal partnership with CVS and Walgreens. But only 257,000 of those have gotten in the arms of those who are eligible to get it at this point.

“We know there are places where there is vaccine and we have more to do to get what has been allocated out,” said Dr. Cohen.

The federal government allocates a number of vaccines to each state, and states determine how to divide that up among counties. It has been a challenging process for some, each health department is only given a limited amount for now.

“We’re getting weekly allocations," said Dennis Joyner, the Union County Health Director.  We typically will hear about that the week prior as to what that amount is going to be."

He said the vaccination process has been running smoothly out of the public health office in Monroe.

But some county health departments want more. Cleveland County officials wrote on Facebook that they are “disappointed” they only received 200 more doses this week. When they are given more, they are prepared to hold a mass vaccination clinic.

RELATED: VERIFY: Do you need the COVID-19 vaccine every year? It's too early to know

On Monday, Rowan County ran out of its 210 doses in a matter of hours, canceling further clinics until they know when another shipment will be in.

The state is now relying on 10 sites that have been moving fastest, one of those being Atrium in Charlotte.

“We are working with them to allocate more vaccines to them to get that higher throughput. These providers have committed to us to get 45,000 plus vaccines out over the next week, that is shipment that is coming into them right now,” said Cohen.

While Dr. Cohen was briefing state lawmakers, the CDC and Department of Human Health and Services announced they are once again recommending a change in guidelines. Now, they suggest states vaccinate people 65 and older and any adult with an underlying condition. The goal is to speed up the process.

“In general, we support getting everyone a vaccine but as it stands today, we won’t have enough to accommodate that extra group of people,” said Dr. Priest.

The state is working to figure out what some counties or health systems need to speed up the process.

“If we can’t eliminate those challenges quickly, then we need to either not allocate you anymore, but we need you to partner with others and even give that vaccine to others who can get it out right away,” said Cohen.

At a press conference on Tuesday afternoon, both Governor Cooper and Dr. Cohen said they would be going through the guidelines to figure out what the next steps will be. They said they plan to do that quickly.