Around 9:43 p.m. Thursday, Pasquotank-Camden 911 Center received a call of a fire at the South Camden Fire Department at 114 Sawyers Creek Road. 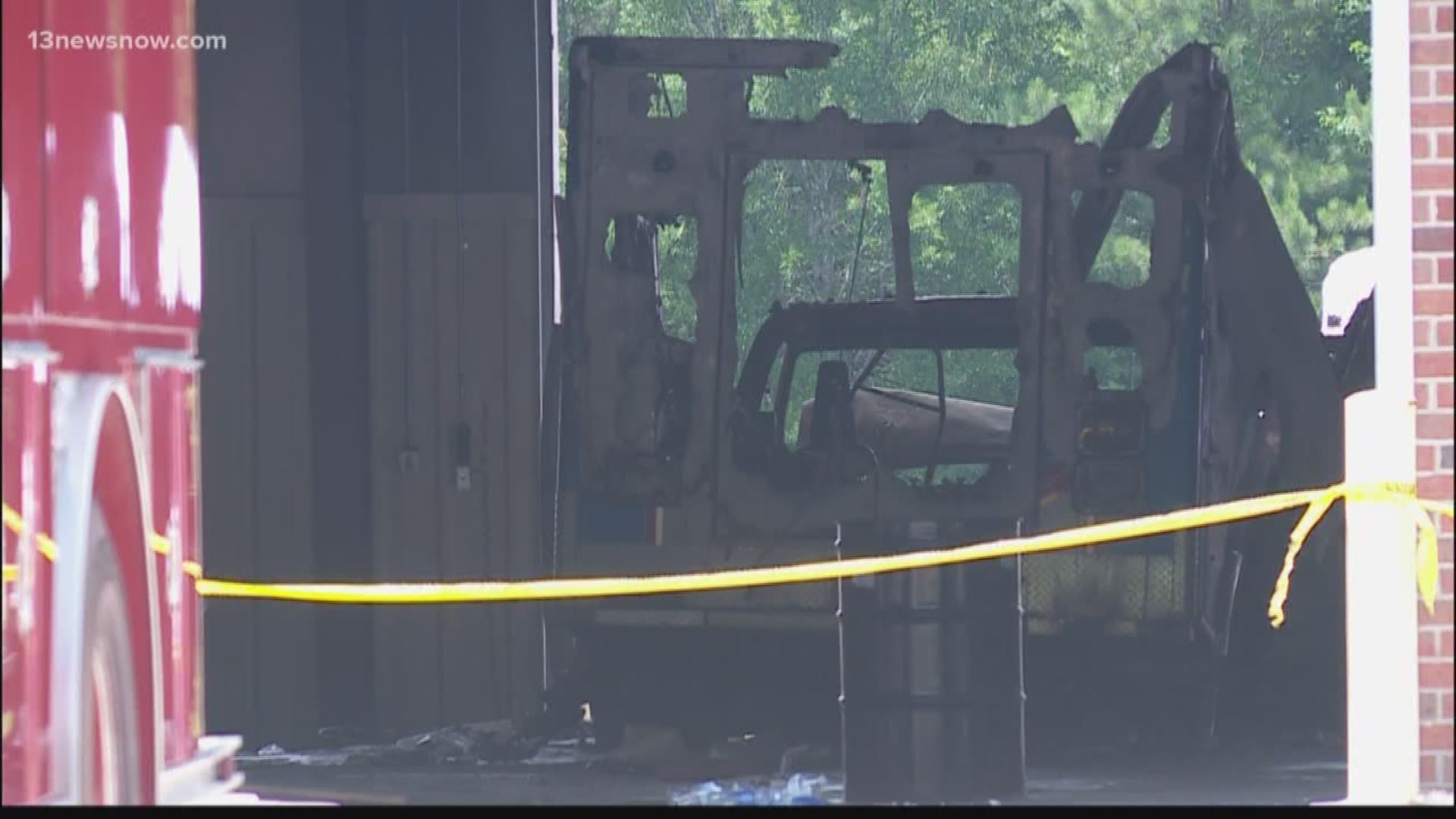 Around 9:43 p.m., Pasquotank-Camden 911 Center received a call of a fire at the South Camden Fire Department at 114 Sawyers Creek Road.

Arriving firefighters contained the fire at the station's truck bay.

An ambulance and a truck used for extinguishing brush fires were badly burned. Emergency management officials said there was also moderate damage to other firefighting trucks as well.

No injuries were reported.

The station was manned by emergency medical services, but only during the day. The cause of the fire is under investigation.