'You know what they've been through' | George Floyd's siblings attend funeral service for Andrew Brown Jr. 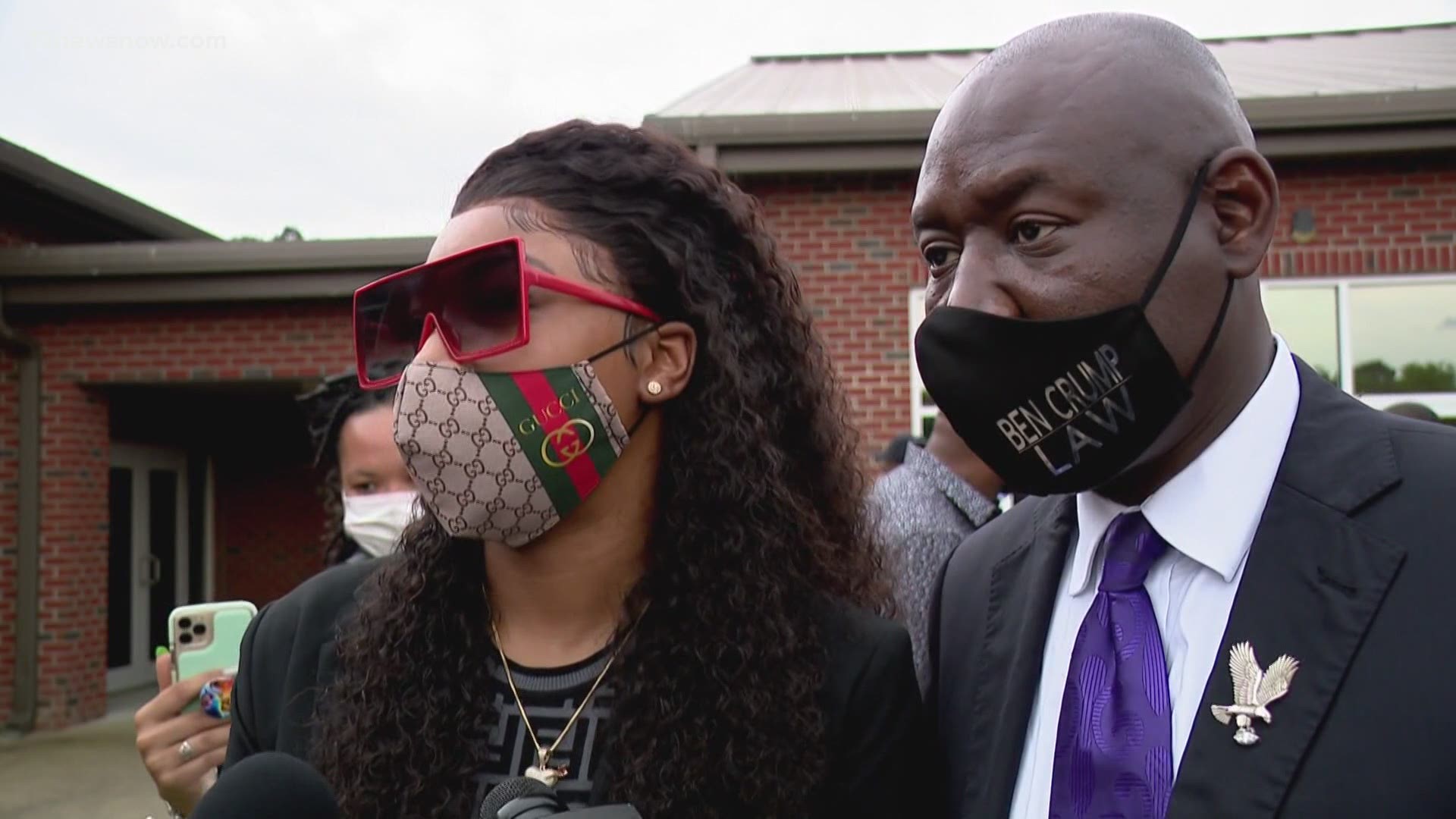 ELIZABETH CITY, N.C. — Through her own loss, Bridgett Floyd knows the pain felt in Elizabeth City.

“I said I would never attend a funeral. But God said to me, he told me to ride on down and show your condolences because you know what they’ve been through," the sister of George Floyd told 13News Now.

On Monday, Andrew Brown Jr.'s casket was carried inside Fountain of Life Ministries in Elizabeth City for a private, invite-only service as hundreds of family and friends -- donning shirts with his photo memorialized on the front --  followed behind the casket to say their final goodbyes. The procession inside was led by local-area faith leaders and family attorneys.

RELATED: 'I want to serve my community' | People traveled from afar to show support at Andrew Brown Jr. funeral

George Floyd's death at the hands of former Minneapolis Police Officer Derek Chauvin sparked a summer of protests in 2020, as well as a discussion on police brutality and social justice in America.

It's the same discussion at the heart of the Brown Jr. case, shot and killed roughly two weeks ago by Pasquotank County deputies serving a warrant.

On stage, family members of other high-profile law enforcement-related deaths stood in support of Brown Jr.'s family. George Floyd's sister and brother both spoke as did Monica Wright, the sister of a Minnesota man shot and by an officer killed last month.

Gwen Garner was also in attendance, the mother of Eric Garner, whose death was captured in the viral "I can't breathe" video from 2014 in which a New York Police Department officer put Garner in a chokehold.

“It may get a little better but it never goes away. I’ll continue to suffer all families that have suffered through police brutality," Bridget Floyd said.

“I am tired of seeing Black people killed in America unjustifiably, and then comforting and consoling the families," family attorney Ben Crump told 13News Now Monday.

A dove release around 3 p.m. ended the day's events at Fountain of Life Ministries.