Sheriff Tommy Wooten II will renew his effort to have body cam recordings from the day deputies shot and killed Brown released, but there is a delay in the process. 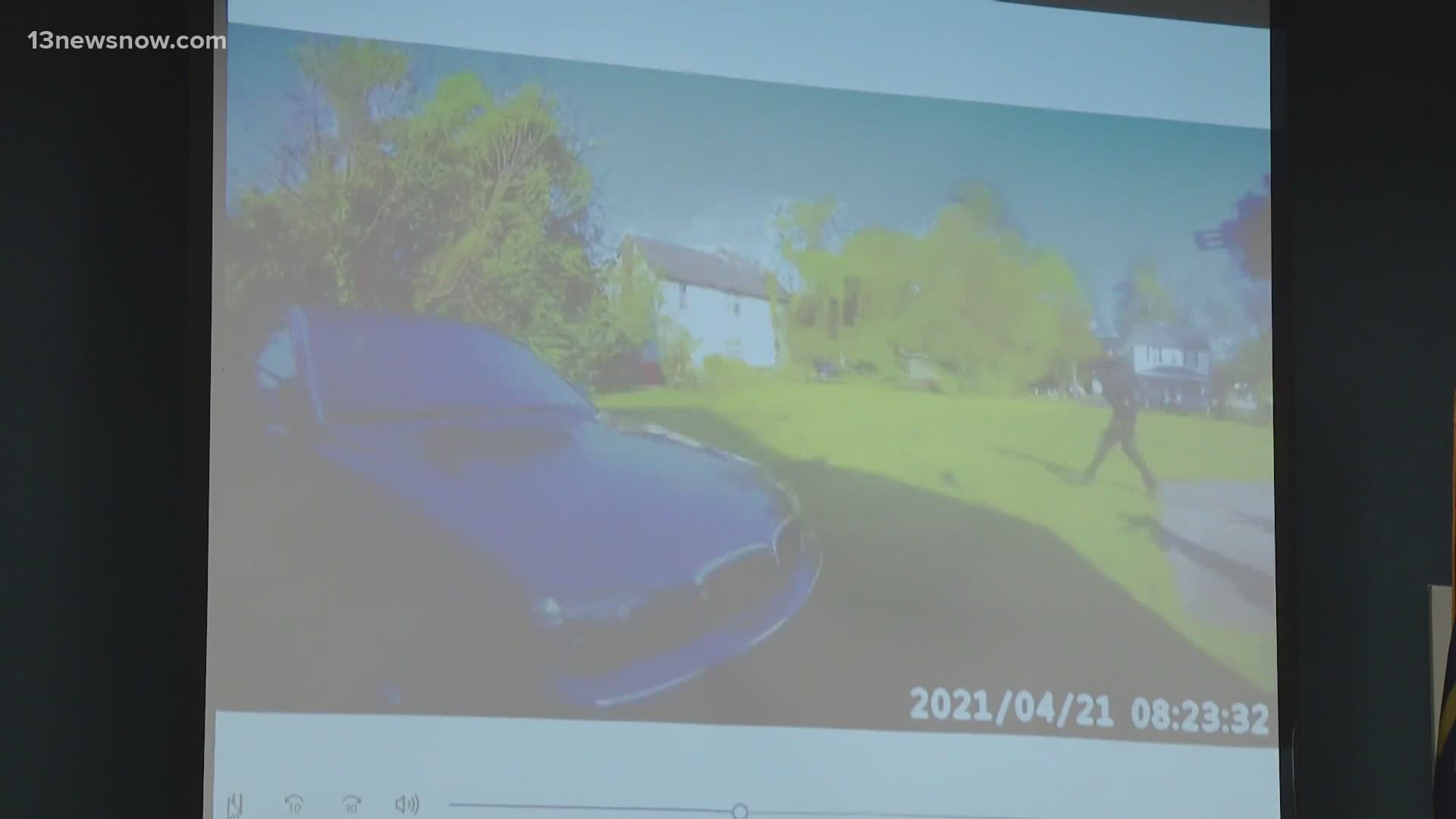 ELIZABETH CITY, N.C. — Pasquotank County Sheriff Tommy Wooten II will have an opportunity to ask a judge, again, to release footage from the day that deputies in Elizabeth City shot and killed Andrew Brown Jr.

The opportunity, however, will be delayed from the original date in which he hoped to make his case.

Wooten was supposed to make the request that the video be shared with Brown's family as well as the public at a hearing on July 19.

Friday, the sheriff's administrative assistant said the court told Wooten and his office that the hearing would be postponed because of a busy criminal jury trial calendar. The court did not provide a new date.

Deputies were trying to execute a search warrant on April 21. During their encounter with Brown, they began shooting as he attempted to drive away from them. The gunfire hit Brown, and he died.

District Attorney Andrew Womble said the shooting was justified and that the car became a weapon as soon as Brown backed it up, prior to when he actually drove towards deputies. Womble said Brown had a bag with a white substance, consistent with crystal meth, in his mouth.

A medical examiner's report showed that bullets hit Brown in the shoulder and in the back of his head at the base of his skull.

An independent autopsy also showed Brown had been shot in the back of the head. Lawyers for his family referred to the shooting as an "execution."

A court authorized the release of some body cam footage while the criminal and internal investigations into Brown's shooting were taking place, but the amount of footage was limited. Because both investigations wrapped up, Wooten's renewed and supplemental petition that he filed in May contends that video that had not been released should be shared.

Wooten said he is hopeful for a ruling allowing the release of the additional footage. If the judge does grant a release, once that order from the court has been received, the sheriff's office said it will work to release the footage in a timely manner.

Two deputies who were on leave after the shooting returned to work. One deputy left the Pasquotank Sheriff's Office.

Brown's death brought demonstrations in Elizabeth City and across the state. Activists met with North Carolina Governor Roy Cooper to discuss what happened. The Federal Bureau of Investigation opened an investigation into the shooting.