The homeowner said her landscapers discovered several items in the crawl space including candles, Coke bottles, and toilet paper. 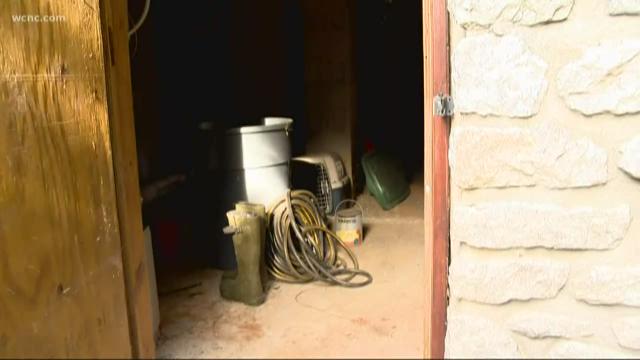 CHARLOTTE, N.C. — A woman claimed someone's been living in the crawlspace under her South Park home, according to Charlotte-Mecklenburg Police.

The homeowner said her landscapers discovered several items in the crawl space including candles, Coke bottles, and toilet paper on Monday morning.

"(They) found evidence of people living down here so we called the police," she said.

One of her biggest concerns about the disturbing discovery is a potential fire.

"Using candles which could create a fire, it’s very scary," the homeowner said.

She said the suspect broke in through the side door into the crawl space, but she’s not sure how long they were down there.

"It’s very unnerving," the homeowner said. "Somebody has been living here; we don’t know the time frame."

It’s especially strange since she said most people have trouble finding her house.

"Maybe a homeless person, but they must have been familiar with the neighborhood," the woman said. "Nobody knows where this is. They always make a comment, 'I had no idea this neighborhood was back here.'"

The homeowner said there’s never been a break-in during her twenty years living at the home. She added a padlock to the side door and urged her neighbors to do the same.

"Lock everything," she said. "We are in the South Park area. It’s low crime. Err on the safe side."

There were no injuries. No arrests have been made so far.

Sushi sold at Trader Joe's, Walgreens and other chains recalled over listeria concerns