NC lawmakers could override Gov. Cooper's veto on the bill to reopen schools

The North Carolina Association of Educators (NCAE) held a press conference on Monday afternoon, pleading to sustain the veto of SB 37.

NORTH CAROLINA, USA — Last week, Gov. Roy Cooper vetoed a bill that requires in-person options for all schools in the state. Lawmakers voted to sustain that veto of Senate Bill 37 Monday night, in a 29 to 20 vote.

The Senate needed three-fifths of the members present to override the Governor's veto. Even though more of them were in the chamber Monday night, it wasn't enough to flip the decision.

The governor said the bill falls short on safety. Supporters of the bill say that's not true.

"The bill does say that schools have to follow safety protocols that are put in place by the North Carolina Department of Health and Human Services," Representative Jon Hardister said. "I’m disappointed the governor vetoed the bill and I’m hoping the democrats who voted with us will hold their ground and vote for the override."

The North Carolina Association of Educators (NCAE) hoped for the exact opposite, which is why the group held a news conference Monday afternoon.

The NCAE points to the reopening schools bill use of Plan Plan A of the NCDHHS guidelines allows for 'minimal social distancing.'

RELATED: The NCAE petitions for educators to be prioritized in vaccination process

Hardister said the bill does include safety measures, and there are already distancing guidelines and routines in place.

"It's safe, the science overwhelmingly says it's safe," he reiterated. "So I don't know if it says six feet but they can do ten feet if they wanted to, if they have that capability. Furthermore if DHHS wanted to stipulate six feet they could actually put that in the tool kit they can change the tool kit at any time."

Hardister also pointed out that the bill allows for a virtual option for those who still don't feel safe.

"We have not seen tremendous problems so there’s precedence if you look at other states, other countries, but even within North Carolina a lot of schools that have been open are not having tremendous trouble with COVID-19."

Hardister said it's really important to take all of that into perspective.

"All republicans voted for the bill so they need at least two Democrats to vote with them," Hardister explained of next steps. "They had three who voted in favor of the bill. The question is: will those democrats hold their position on the override of capitulate and support the governor?" 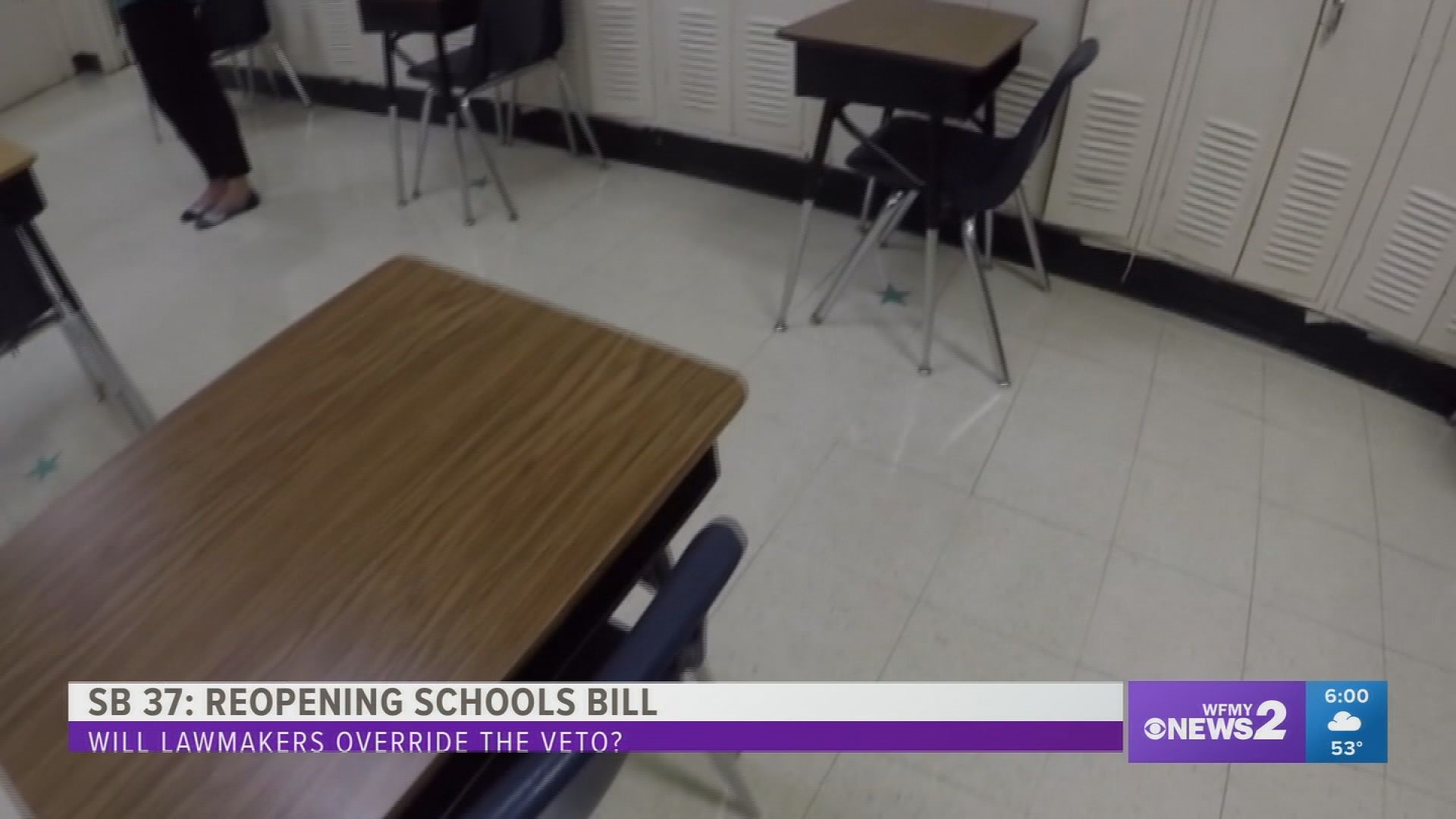