Neighbors in Manteo said that everyone is working together to help each other clean up all of the damage Dorian left behind. 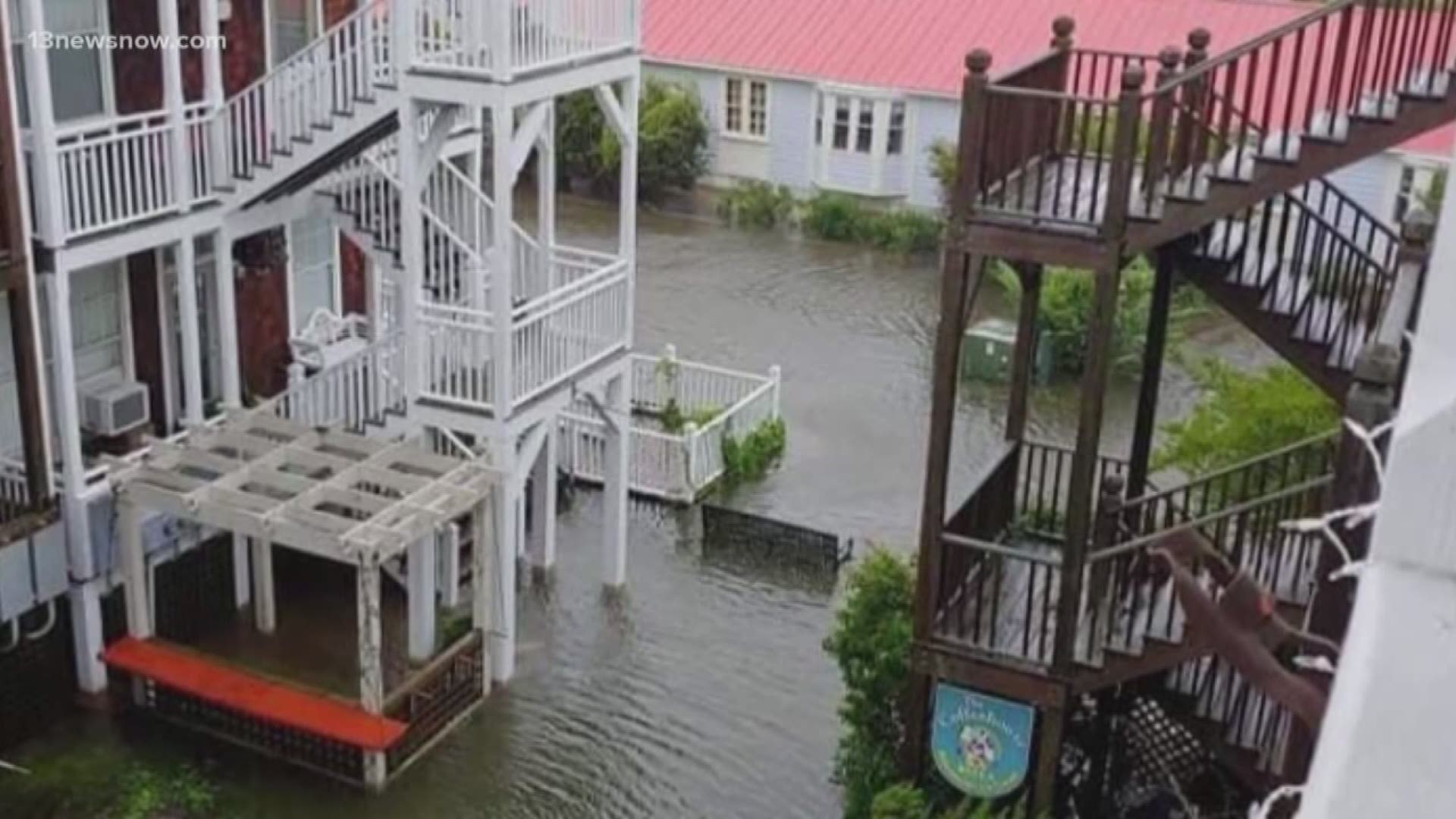 MANTEO, N.C. — After Dorian hit the Outer Banks, people are now working on a cleanup in destroyed regions.

Over in Manteo, North Carolina, neighbors said they were without power for days and that they were stuck on the island after the destruction.

Neighbor Wes Snyder said next time around, he would be more prepared for the storm.

“I’m going to be a little more prepared next time. I didn’t have a generator, and you don’t feel that until you’re in it. Once everything goes down, it’s down, it’s gone. There’s no cell service, there’s no power. There’s only what you can communicate with the people around you,” said Snyder.

Snyder said that a lot of damage in Manteo was caused by the wind. It caused the most damage to homes in the area.

“Things just went off the rails, like the wind picked up, the rain came down, I couldn’t even stand on the front porch. There were trees down in every single person’s yard, limbs, everything, and the streets were filled with debris,” said Snyder.

Neighbor Darrell Collins agreed that the wind is what caused so many yards and homes to get damaged.

“I was surprised by all the wind damage. Trees were down, lines were down. But it also flooded on the southside especially in downtown Manteo, quite a lot,” said Collins.

Collins said that his family has never left for a storm before, even when there were evacuations.

Collins said that even in the wake of the storm, he’s proud to live in Manteo.

“It makes me feel very proud of the community I live in, this is a tight-knit community and people look after each other,” said Collins.