Harris has decided not to file in the new election due to on-going health issues. 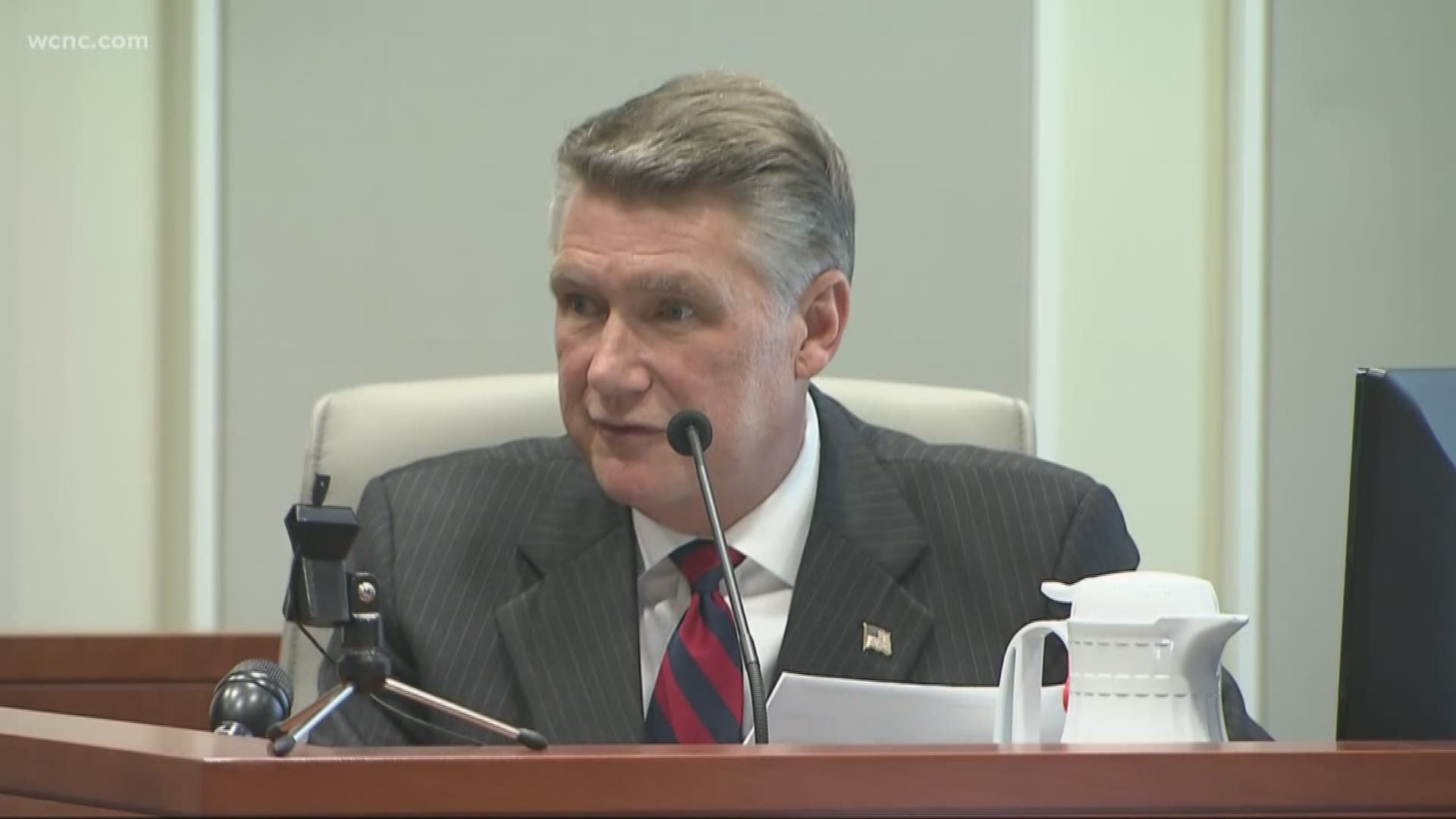 CHARLOTTE, N.C. — Republican Mark Harris announced he will not be running in the 9th District special election.

Harris released a statement on Tuesday that said due to on-going health issues, he has decided not to file in the new election for Congressional District 9.

In his announcement, Harris endorses Union County Commissioner Stony Rushing for the seat.

"I hope that those who have stood with me will strongly consider getting behind Stony Rushing," Harris wrote.

On February 21, the North Carolina State Board of Elections voted 5-0 Thursday for a new election in the 9th District race after reviewing evidence that it was tainted by absentee ballot fraud.

An NBC News analysis of raw state election data found that 3,510 absentee ballots requested district-wide were never turned in, and no vote was counted for those individuals by any other method. For Bladen County alone, that number was 472.

The election results have been in question since November, leaving the district without a representative in Congress. The former board of elections refused to certify the results after allegations of fraud were reported in Bladen County. 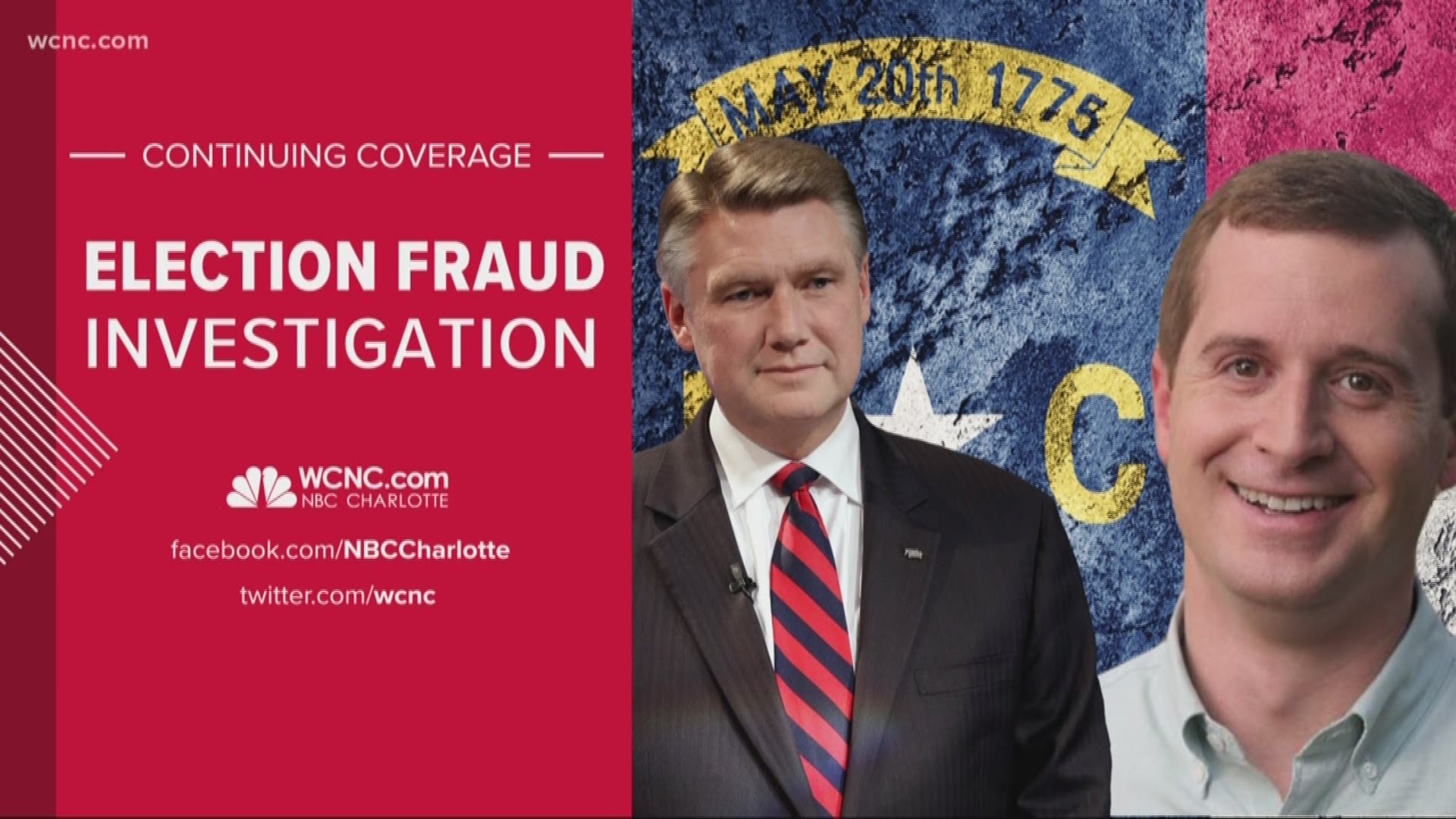 Over the last several days, I have had the privilege of hearing from so many people who have stood with us, cared for us, and who have asked how they can pray for us. In my response to them I have simply said to pray for wisdom and discernment as we make decisions concerning my health situation, the new election in Congressional District 9, and where we go from here.
After consulting with my physicians, there are several things that my health situation requires as a result of the extremely serious condition that I faced in mid-January. One of those is a necessary surgery that is now scheduled for the last week in March.

Given my health situation, the need to regain full strength, and the timing of this surgery the last week of March, I have decided not to file in the new election for Congressional District 9. While few things in my life have brought me more joy than getting to meet and know the people of this incredible part of North Carolina, and while I have been overwhelmed by the honor of their support for me as the Congressman-elect of NC-9, I owe it to Beth, my children and my six grandchildren to make the wisest decision for my health. I also owe it to the citizens of the Ninth District to have someone at full strength during the new campaign. It is my hope that in the upcoming primary, a solid conservative leader will emerge to articulate the critical issues that face our nation.

Over the course of campaigning in the district, I met and got to know one such leader, Union County Commissioner Stony Rushing. Stony, from my observation, along with his wife Anne-Marie, have served Union County effectively through the years. His background and his experience have proven him to stand firm on so many of the issues that concern us, including the issue of life, our national security, and religious freedom. I hope that those who have stood with me will strongly consider getting behind Stony Rushing.

Through the challenges of life, Beth and I continually place our trust in God, and we both know He holds the future in His Hands. Please stay engaged, for it is our civic duty to do so.

Again, it has been an honor to have your love, support, encouragement, and prayers each step of our journey together. Over the next few weeks as I continue to gain strength for surgery, I want to respect my family’s desire for privacy and I will not be doing interviews.