The legislation is now in the Senate, which is expected to take up the bill in the next month. 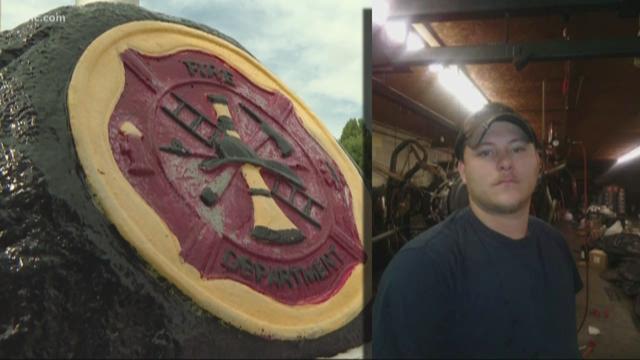 LINCOLNTON, N.C. — The North Carolina House of Representatives unanimously passed legislation this month aimed at addressing the surge in cancer diagnoses among firefighters.

H.B. 520, co-sponsored by Rep. Jason Saine (R) of Lincoln County, would change North Carolina's workers' compensation laws, which currently do not recognize nine cancers that firefighters are susceptible to because of the nature of their jobs.

"There's ways to compensate families and compensate those [firefighters] to help them offset the costs related to [cancer diagnoses]," Rep. Saine said.

The issue is personal to Rep. Saine as he spent several years as a volunteer firefighter with East Lincoln Fire Department.

As the legislation makes its way through the Senate, Representative Saine said he's optimistic lawmakers will pass it.

In an e-mail, a spokesman for Governor Roy Cooper's office wouldn't confirm whether the governor supports the bill, but he said, in part, "We now know the serious long-term health impacts this dangerous work can have for firefighters, and it’s important to make sure they receive the healthcare they need."

The legislation comes as firefighters in the foothills mourn the death of Christopher Banks, Jr., who died from a rare form of head and neck cancer after serving eight years with Drowning Creek Volunteer Fire Department.

His funeral will be held on Saturday.

Panovich: It's going to be 'hot, hot and hotter' through next week

ONLY ON WCNC: Carolinas at center of housing investigation on U.S military bases