The NC SBI and the Pasquotank County Sheriff’s Office identified 55-year-old David Lee Blair as a suspect for a murder that happened almost five years ago. 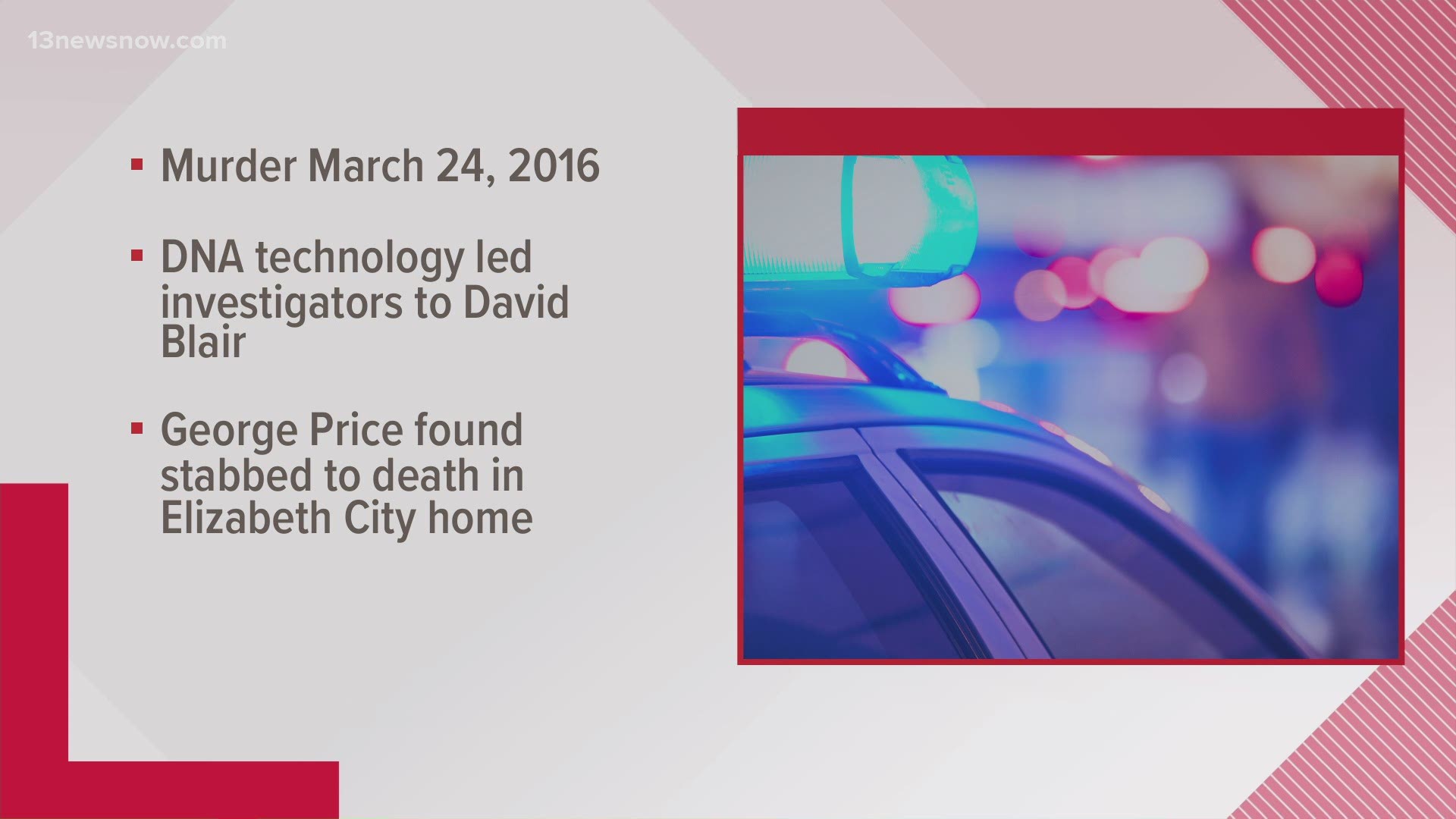 RALEIGH, N.C. — The Pasquotank County Sheriff's Office said a man was in custody Wednesday after finding his DNA in a five-year-old Elizabeth City murder investigation.

Investigators arrested David Lee Blair, 55, on Jan. 26, at his home in Winston-Salem. He was charged with the murder of George Washington Price, 74.

Officials from the North Carolina State Bureau of Investigation’s Northeastern District (SBI) and the Pasquotank County Sheriff’s Office (PCSO) were first called on March 24, 2016, to help with a homicide investigation where Price was found dead in his home, with multiple stab wounds.

According to officials, the joint investigation remained a top priority for many years, but there wasn't enough evidence.

It wasn't until SBI agents and PCSO deputies began considering the use of genetic genealogy that they were able to move forward.

Investigators used enhanced DNA testing through a Virginia forensic laboratory, Parabon's NanoLabs, to find a match with the suspect's DNA.

Its Snapshot DNA Service combines genetic analysis, sophisticated identification techniques and traditional genealogical methods to connect a person's DNA to that of their relatives.

This is typically used to find leads for identifying people in forensic investigations.

"The SBI is always looking for innovative ways to serve the people of North Carolina," wrote SBI Director Robert Schurmeier. "We understand the role of technology in solving cases and bringing closure to families who’ve suffered tragic losses. We commend the hard work of the investigators with the Pasquotank Sheriff’s Office and the SBI agents who never gave up."

The sheriff's office said Blair was booked into the Forsyth County Detention Center without bond. PSCO used traditional police work to continue with this investigation.