NC teacher pleads guilty to having sex with student, will serve no jail time

A follow up to a 13News Now investigation on Ryan Garrott, who admitted in court he took indecent liberties with a student. 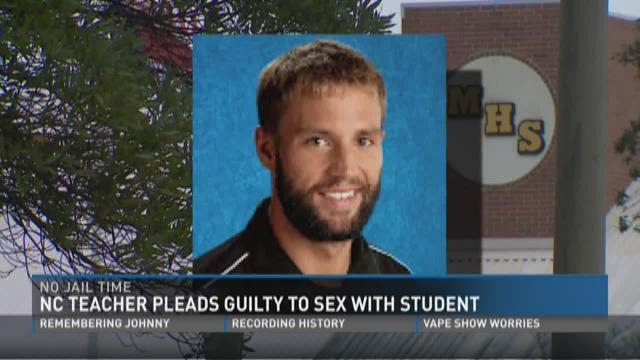 MANTEO, N.C. (WVEC) -- A North Carolina teacher who pleaded guilty to having sex with a student will not serve any jail time.

According to the district attorney, four months after he was indicted, Ryan Garrott finally turned himself in to authorities in Dare County. As part of a negotiated plea deal, all jail time was suspended and Garrott will be on probation for three years. He pleaded guilty to the charge of taking indecent liberties with a student.

Garrott is also not allowed to have any contact with the complaining student.

Since the state revoked Garrott’s teaching license, he will not be allowed to teach in North Carolina classrooms. A document from the North Carolina State Board of Education lists specifics reportedly admitted by Garrott in an interview with the state ethics committee.

It says in June, there were rumors the Manteo High School special education teacher and a female student “had been seen drinking at a local bar together and had ‘hooked up.’”

The record shows Garrott acknowledged he had been drinking a lot on the night in question and admitted to seeing the student.

As for what happened next, we now know Garrott admitted in court to taking indecent liberties with the student.

You may remember, a 13News Now investigation showed the school district was still advertising Garrott as a tutor even after he had been indicted. After our questions, the superintendent added more safeguards to the system of choosing tutors.

Also, you might be surprised to find out, this is not an offense that requires Garrott be put on the sex offender registry.