The CDC is expected to release new guidance for vaccinated people. 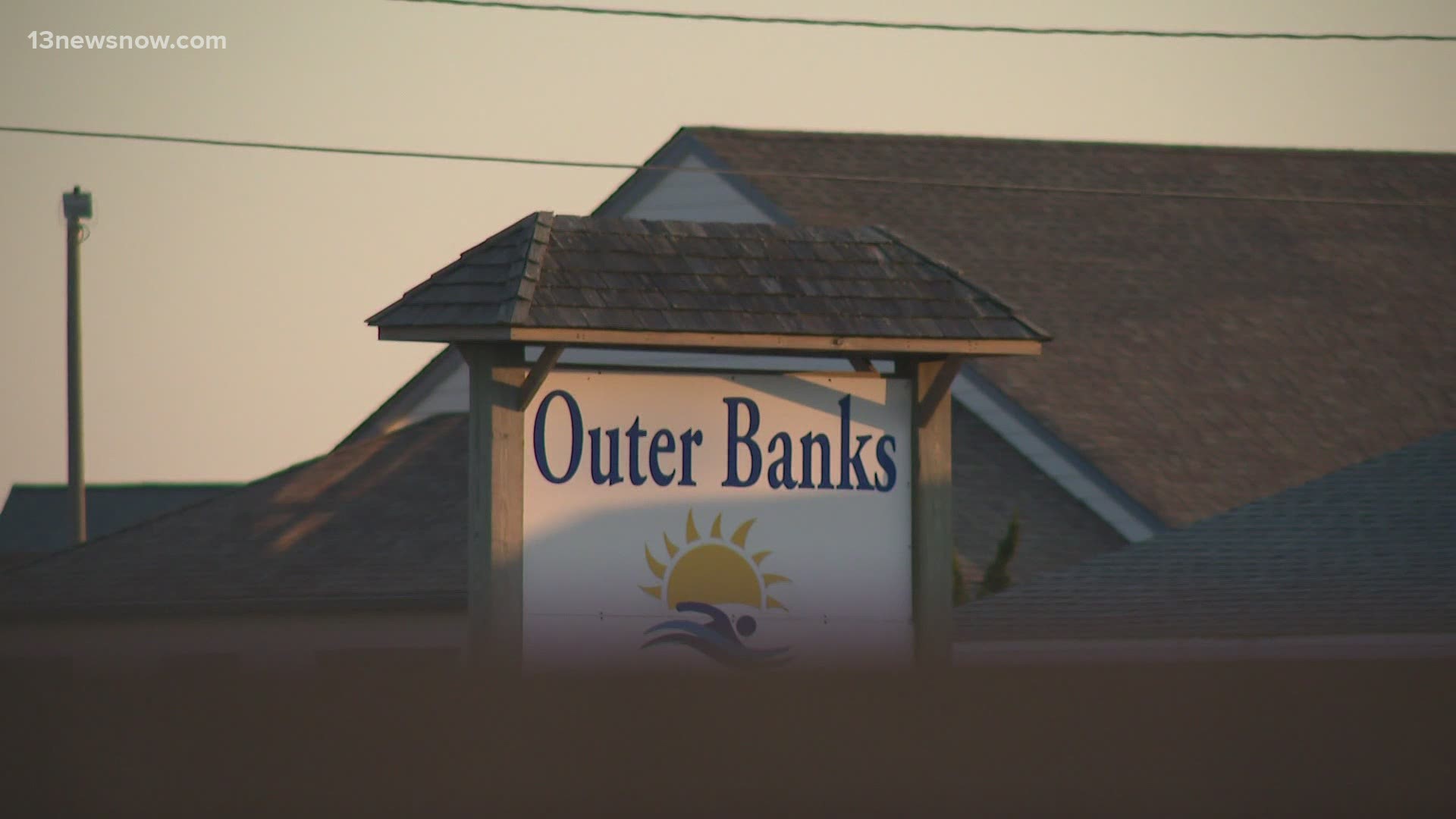 The “eclectic” boutique, as Derick describes, mixes retail and vintage clothing with ice cream and vegan smoothies on the Outer Banks. However, the married couple also hosts two AirBnb spaces near the shop, and shops are already booked into the summer.

“People are booking up, and I think it is going to be an extremely busy season,” said Wineland.

Wineland thinks the bookings are a sign of what’s to come.

“With tourists here right now, you can imagine what it's going to be like when the real season begins,” said Wineland.

The Centers for Disease Control and Prevention reports more than 51 million Americans have had at least one shot, which is about 15 percent of the population. ABC News reports hospitalizations have decreased by nearly 50 percent in the last month.

As more people get vaccinated and overall cases of COVID-19 have fallen, experts are warning against increased interest in leisure travel and vacations.

The CDC reportedly delayed an expected release of new guidance for vaccinated people Thursday. However, CDC Director Rochelle Walensky said now is not the time to let guards down, as Texas and Mississippi announced plans to lift COVID-19 restrictions.

“I do think that, as I said in my remarks, the next month or two is really pivotal in terms of how this pandemic goes,” Walensky said. “As we scale up vaccination, we really do need to decrease the amount of virus that is circulating, as we’re trying to vaccinate all the public.”

Dr. Taison Bell, critical care and infectious disease physician at the University of Virginia, cautions on taking that vacation just yet even if fully vaccinated. He says there is still much to learn about the vaccine’s ability to lower the risk of infecting others.

“Until we have most people with protection in the country, it’s still not safe to move around like we were before,” said Dr. Bell.  “It is very important to know we just aren’t there yet.”

Dr. Bell said he will not travel until the country is closer to herd immunity, and fully vaccinated people should consider traveling with or to people who have also been vaccinated. But he is concerned about the development and potential spread of new strains of the virus.

“There’s so much uncertainty now. I wouldn’t want to do anything that could potentially increase that risk,” he said.

Lee Nettles, executive director of the Outer Banks Visitors Bureau, said tourism numbers have remained consistent throughout the pandemic and even reached record numbers for 10 months in the last calendar year.

“The early booking projections for the summer and spring are strong,” said Nettles, who is also the president of the North Carolina Travel Industry Association.

However, it is a tale of two industries, he said.  Hotels and restaurants are still recovering from COVID-19 restrictions, but vacation rental properties are doing remarkably well in occupancy sales. Eighty percent of the area’s lodging revenue typically derives from vacation rental homes, according to Nettles.

Wineland believes the ability to drive to the Outer Banks from other major cities contributes to its popularity and thinks people may still be hesitant to book airlines. Either way, he wants to get the pandemic behind him, and has no timetable to stop his COVID-19 precautions at the shop.

“You know we just want people to feel safe,” he said.