A construction company building the new bridge drove a steel casing into an underground transmission line, cutting power to thousands on Ocracoke and Hatteras Islands. 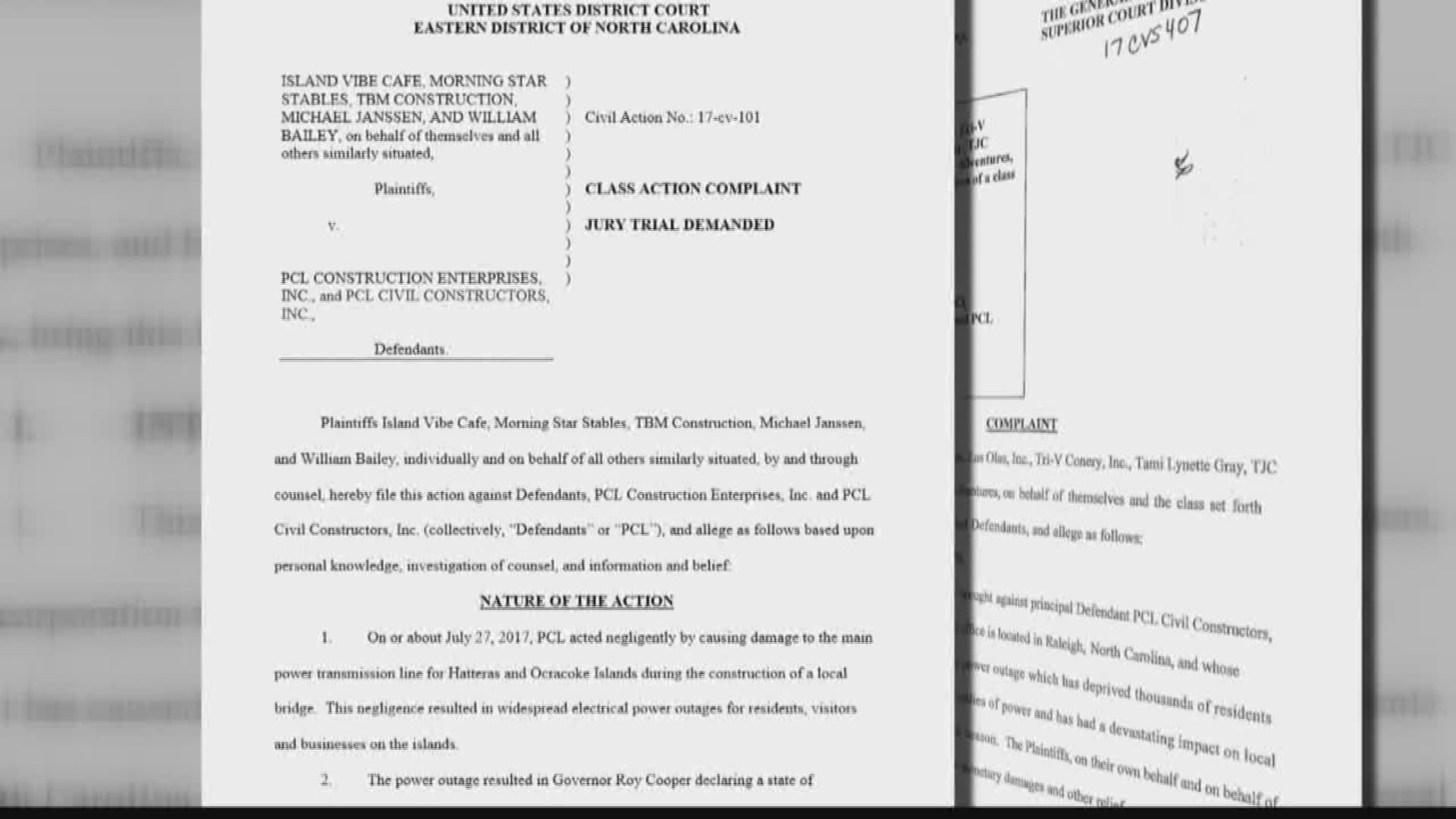 RODANTHE, N.C. (AP/WTVD/WVEC) -- A lawsuit has been filed against the construction company blamed for the massive power outage on the southern part of the Outer Banks.

Cape Hatteras Electric Cooperative said Tuesday that crews have finished putting up poles and are starting the process of connecting the current underground line to the new overhead poles.

The utility said in a news release that the process must be done carefully and tested fully.

Officials originally thought all three cables were damaged Thursday by a construction company building a new bridge parallel to the current one, but on Monday morning, further tests determined that one of the three cables is not damaged.

After the stop, Cooper visited local businesses in Rodanthe, a village south of the bridge on Hatteras Island.

The loss of all power to Hatteras and Ocracoke islands caused authorities to order tourists to evacuate. It's not known when they'll be able to return.

Electric cooperatives have been using generators on the two islands after PCL Construction accidentally drove a steel casing into the underground transmission cable.

Cape Hatteras Electric Cooperative spokeswoman Laura Ertle said in a statement that crews are digging up damaged cables to splice together. The utility also is looking at an overhead transmission line from the Bonner Bridge to existing lines on Hatteras Island.

Ertle said crews are working on both plans until it's clear which is fastest and safest. She says depending on the approach, repairs could take one to two weeks.

The power outage that drove tourists from two North Carolina islands is wiping out a significant chunk of the lucrative summer months for local businesses.

It could take one to two weeks to repair the blackout caused Thursday by construction crews working on the Bonner Bridge. While generators were being brought in, they came with instructions to use power only for necessities such as refrigerators and fans so they weren't overloaded.

Restaurant owner Jason Wells says his Ocracoke Island business is missing out on the more than $5,000 per day in sales it normally makes this time of year.

PHOTOS: Power outages in the OBX

Lawsuit Against PCL Civil Constructors by 13News Now on Scribd