Police in Bangor, Maine took John Curtis Tolson into custody. A grand jury in Dare County indicted him for Second Degree Murder in the death of LeeAnn Fletcher. 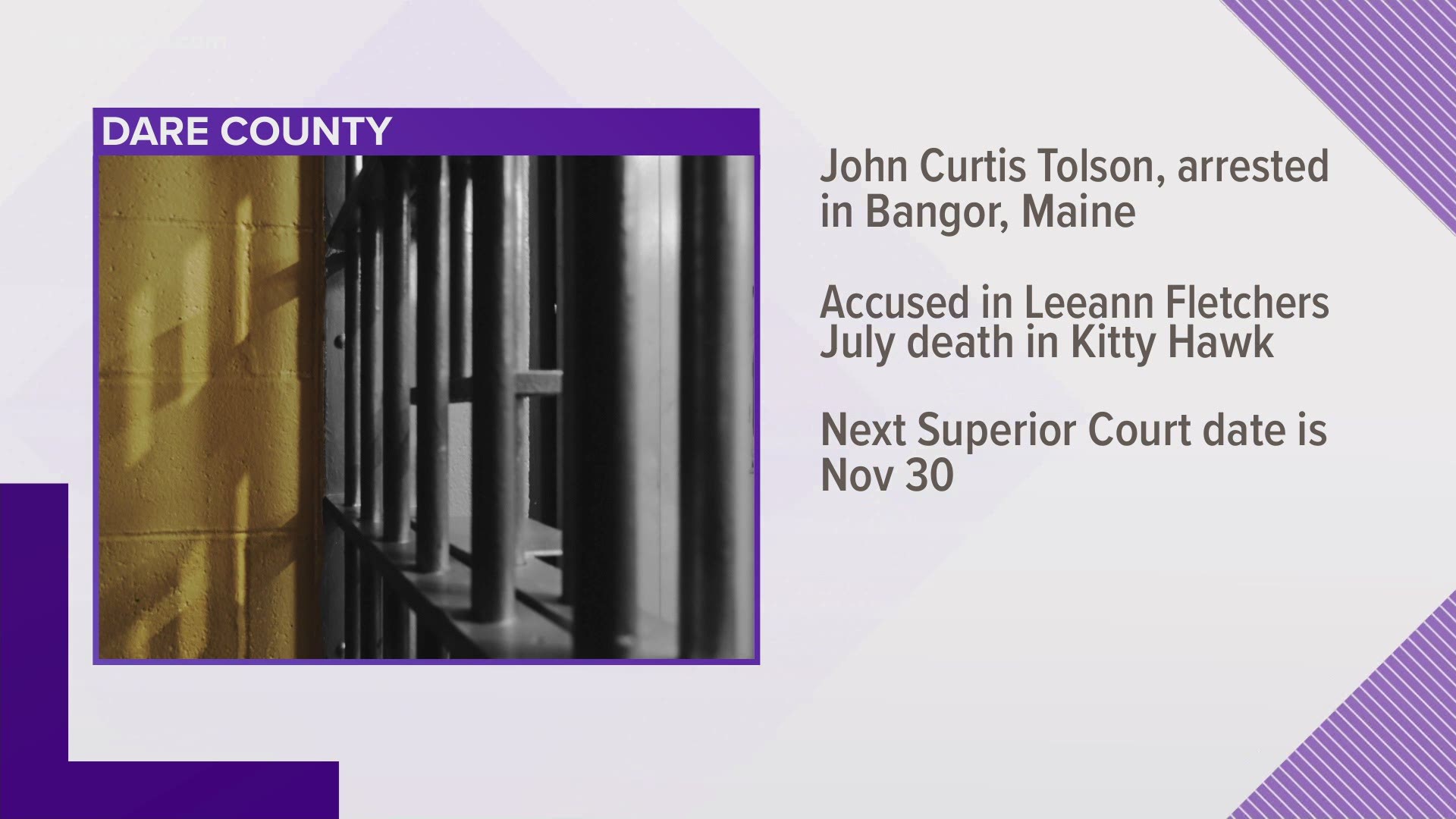 Earlier this month, The Virginian-Pilot reported that LeeAnn Fletcher Hartleben, 38, of Kitty Hawk, was found unresponsive in her home in July. How her head was struck was “undetermined,” according to a report from the Virginia Office of the Chief Medical Examiner that was obtained by The Virginian-Pilot.

RELATED: Outer Banks woman dies from a blow to the head, autopsy reveals

Hartleben’s family members said they suspected foul play. District Attorney Andrew Womble said his office was reviewing the autopsy along with the other evidence to determine whether or not to bring charges.

Hartleben's boyfriend was named early by police as a person of interest.

Womble said officers in Bangor served Tolson with the arrest warrant and took Tolson into custody.

The next session of superior court in Dare County is scheduled for November 30.