Ocracoke residents are working to help one another through the devastation and relying on donated supplies. 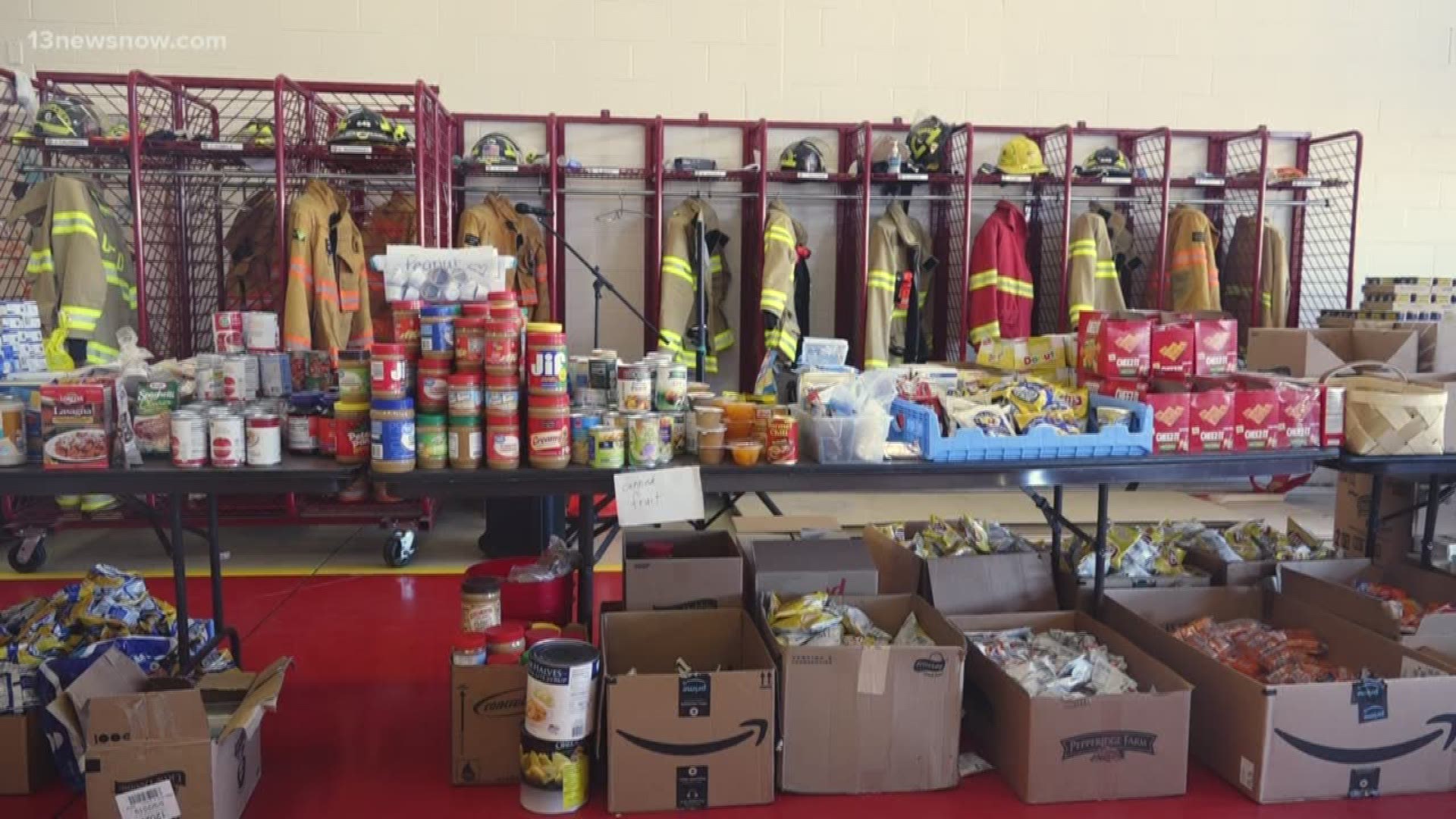 OCRACOKE, N.C. — Ocracoke residents are still putting the pieces back together after they got hit by Hurricane Dorian.

Flooding on the island destroyed NC-12, which made it impossible to pass through; therefore, the ferry now must drive all the way around the island to drop cars off.

The old commute was a one-hour ride and now it’s nearly three hours, but only people who live on Ocracoke and emergency workers have access to go back and forth on the ferry. Pastor Tim Fitch said he is one of few people who can go back and forth from Hatteras to the island, and he’s making trips to help.

"This is what we do as Outer Banks locals and residents, coming together and helping each other is what it's all about. It's helping others in a time of need,” said Fitch.

Fitch said that he helped take donated items to the Ocracoke Fire Station, which has now been re-named “Fire-mart,” by locals.

"We get this idea sometimes that we're alone, but we're not alone, and we're still loved by everybody,” said Fitch.

Fitch’s mother, Susie Fitch-Slater said that the firehouse has become a place of hope for locals.

"What encouraged my spirit was hearing people when they would see each other for the first-time meeting at the firehouse to get supplies,” said Slater-Fitch.

Slater-Fitch spent Hurricane Dorian in her home, and at one point, left a message for her family saying:

Tell our family that we're OK. We're going in the attic and we will be in touch as soon as we can.

RELATED: Hurricane Dorian left Ocracoke students without school, supplies; students have yet to return to school

RELATED: NCDOT: N.C. 12 in Ocracoke expected to reopen in November

RELATED: Ocracoke woman trapped in home says she was ‘petrified’ during storm

Slater-Fitch said that she left the message when she wasn't sure if she would see her family again.

"But in just a few moments, you realize what's important and what's not. And you watch your things start to float by you and you realize, that's just a thing,” said Fitch-Slater.

Fitch-Slater said that she lost her home and all of her things, but right now she’s focused on helping her community re-build and getting more donations to help her neighbors out.

“Being able to be a presence for everyone on the island and trying to get back to whatever the new normal is, that's important for us. So, it’s been a great time to be a part of this community,” said Fitch-Slater.

If you want to donate, visit the Outer Banks Community Foundation.