After two requests by Governor Roy Cooper, FEMA assistance is still pending. Residents in Ocracoke said that it will be impossible to re-build without the help. 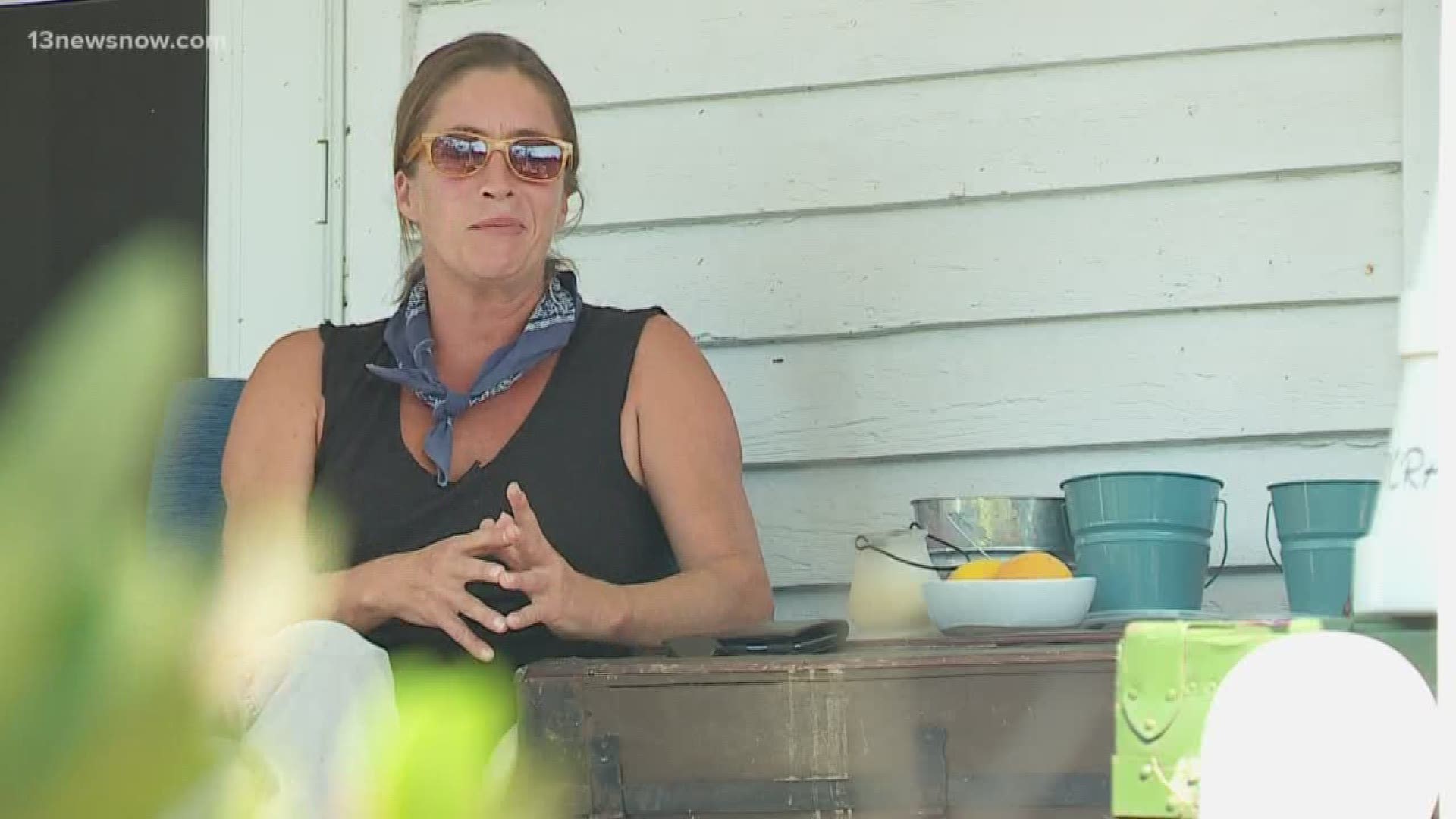 OCRACOKE, N.C. — While Dorian is a distant thought for some people, residents in Ocracoke are still suffering from its devastation.

Neighbors there watched their homes get gutted and even torn down with the assistance of volunteers. However, neighbors said they want to know when the Federal Emergency Management Agency (FEMA) would come help.

Ocracoke resident Kelley Shinn said her historic 107-year-old home had to get gutted after Dorian’s floodwaters took over, and that there wasn’t much she could save.

"There's a picture of me and my daughter when she was four years old, and my late husband. He wrote these love notes in these little ten-cent memo books from the 1970's, and I tried to dry them out, they're all moldy, but I'm still going to go through them the best I can," said Shinn.

Shinn said that the island had over 200 buildings on the national register of historic places and a lot of history.

RELATED: Ocracoke woman who lost everything except her horse to Hurricane Dorian now helps others

“There’s Blackbeard the pirate, and this is our favorite haunt of his. In fact, he was killed right off of our shore by Lieutenant Robert Maynard. There’s also the British cemetery right in front of my home which is the only piece of United States property that is actually owned by Britain," said Shinn.

Shinn said that to keep the vast history alive, Ocracoke depends on its residents. However, she’s worried that many residents can no longer afford to stay and re-build without help.

"Unless we have money from FEMA we will not be able to re-build. This is not just a poor shack community, we really have protected the coast for 300 years and the fact that we haven't got FEMA brought in here is incredibly disconcerting,” said Shinn.

Shinn said that North Carolina Governor Roy Cooper saw her featured on the news when she lost her prosthetic leg, just after the storm. Gov. Cooper paid her a visit on the island to talk with her.

"We knew that there were hundreds of houses and that all of them had significant water where you would think somebody might be injured,” said Governor Cooper.

So far, Governor Cooper put in two requests for FEMA, but there are still has no answers yet.

Shinn said that for now, she is without a toilet, a working fridge, or clean clothes. However, she said she would always have faith in her Ocracoke community.

"When disaster hits and the planes can't land and the ferries can't get here, we're on our own and we need each other. And that's what makes Ocracoke so powerful and special,” said Shinn.

RELATED: Hurricane Dorian left Ocracoke students without school, supplies; students have yet to return to school