Parts of the Outer Banks begin to reopen, days after Dorian 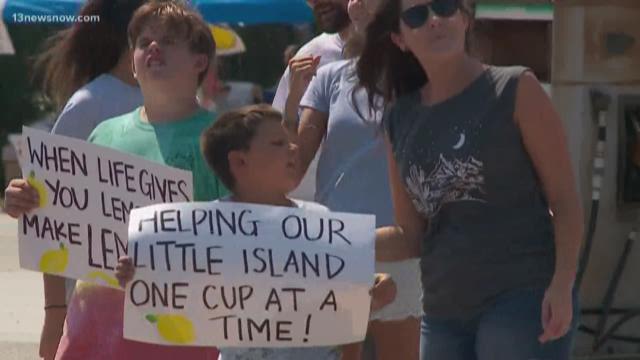 HATTERAS, N.C. — The Outer Banks is working to rebuild after Hurricane Dorian.

Avon and northern Buxton will open on Wednesday.

A checkpoint remains in place at Cape Hatteras Secondary School. No visitors are allowed past that checkpoint.

NCDOT state officials said that anyone returning needs to drive with caution on NC-12 because there is still a lot of sand and standing water. Rodanthe local Chris Shenton said he waited for hours on NC-12 to get back to town.

"There was a huge amount of traffic going back on the island, a lot of people that came before noon, just lining up to get back in. But we are very fortunate in town to survive and make it unscathed,” said Shenton.

But others weren’t so lucky after the hurricane.

“It’s definitely scary during hurricane season- when hurricanes are coming, you never really know until the last minute what the impact will be. But the silver lining is after the storms, the community comes together,” said Tina Gartelman.

Gartelman said that the county will need to step in and help those still facing damage from the storms.

Ocracoke is still closed to visitors, but help is pouring in for the town, which was hardest hit by the Category 1 storm. Food pantries are overflowing, and people are donating everything from water to baby wipes.

Because Ocracoke is an island, the supplies must be delivered by boat.

The supplies were given out from 11 a.m. to 3 p.m. at the Lowe's on North Croatan Highway. The company also announced a $1 million commitment to support disaster relief efforts for communities impacted along the U.S. coast and the Bahamas.