"Sebi the Colt," written in collaboration between the grandmother and a local author, is available on Amazon. 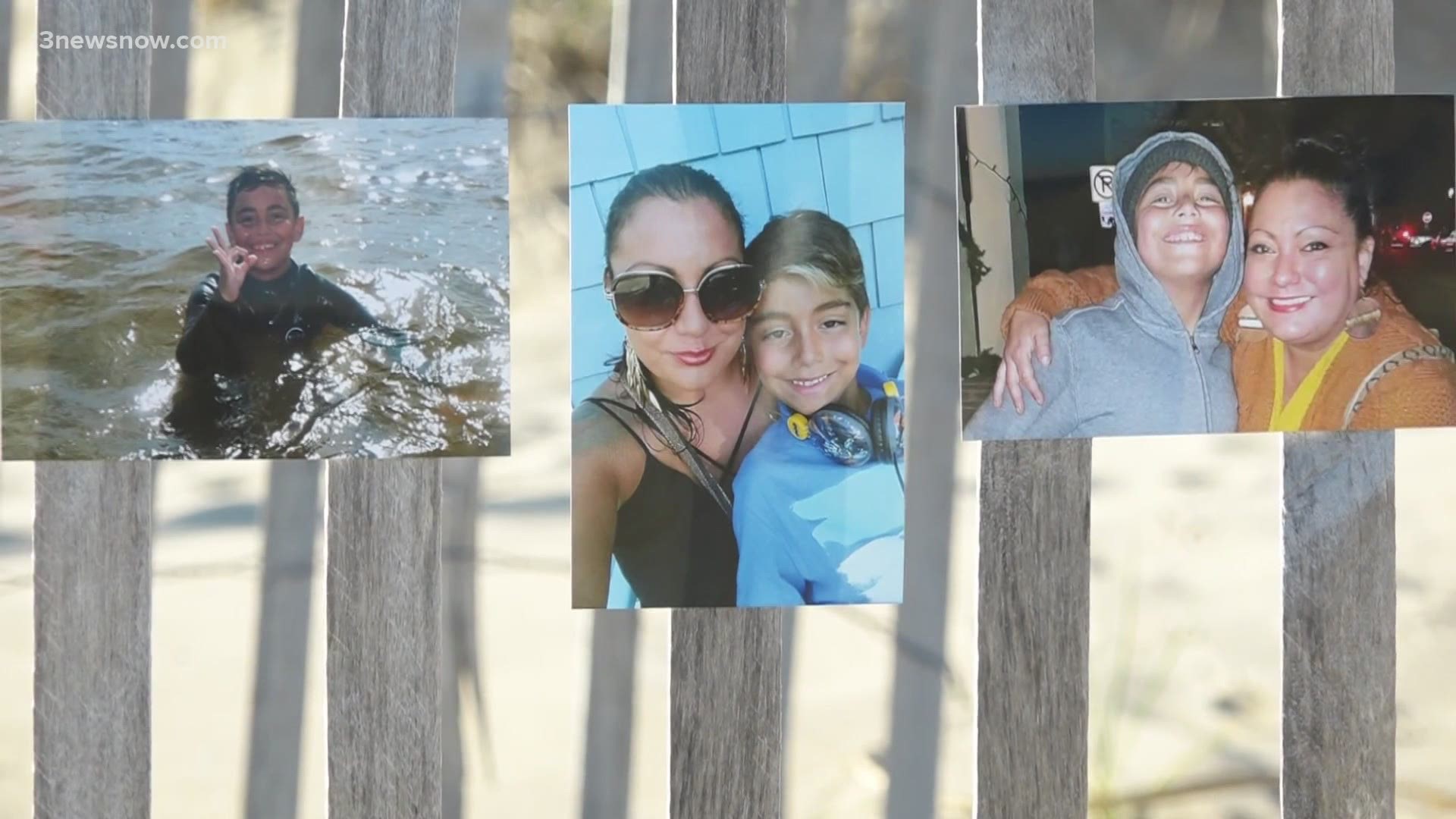 KILL DEVIL HILLS, N.C. — While memories may fade over time, it's the stories and words behind them that can live forever.

For Kelley Horton, words and stories help remind her of whom she's lost.

"Unfortunately it happened to me, and I wouldn’t wish it on anybody else."

In May 2020, a fire on Pine Grove Trail in Kill Devil Hills, NC took the lives of Ann "Ravann" Horton and her son, Sebastian Lopez. They were Horton's daughter and grandson, and not a day goes by where the grandmother still doesn't think about her loss.

“Everybody who hears this interview should take a minute to stop and think about the people in their lives that lost somebody, when’s the last time you called them," Horton told 13News Now at Dowdy Park in Kill Devil Hills, in front of a mural erected in Ravann's and Sebastian's honor.

“They’re still together, and they were always together in life," Horton said.

“'Do I want to write another children’s book? Do I say no?' I didn’t want to say no," McMahan recalled.

Horton pitched the idea to McMahan in the fall of 2020 for what would become her fifth children's book: "Sebi the Colt."

“I wanted it to be perfect, a reflection of them [Ravann and Sebastian] because they’re so well known in this community," McMahan said.

In the story of "Sebi the Colt," Horton's grandson returns to the beaches of the Outer Banks as a wild horse, along with his mother Ravann depicted as a raven. In it, the book acknowledges their once "human" bodies and aims to teach young children about tragedy and loss at an early age through the book's different adventures.

For Horton, it's helped her heal from the tragedy, and honor their lives by trying to help others heal too.

“I get pictures now daily from people on the west coast saying, "Oh my book came today," Horton said. “Rather than focus on the fire, the tragedy: it’s more about their loves, the love and kindness and fun they had."

Portions of the book’s proceeds go to organizations in the Outer Banks, like the Outer Banks Relief Foundation, the SPCA, and the Corolla Wild Horse Fund.

“Something like this keeps them here forever. Their lives made this book happen," McMahan said.

"If you want to pull yourself out of it, you need to honor them and think about what you had together. I tell myself often, and I've said this over and over again but: fortunate, grateful, higher power have been gone from my vocabulary since May 22, 2020. Wasn’t until these past two months I’ve incorporated them back," Horton said.

The idea behind the story is inspired by the Corolla Wild Horse Fund naming a newborn colt "Sebi" that May, in honor of Sebastian.

Every story contains a beginning, middle, and end. While Ravann and Sebastian may be gone, through the words of "Sebi the Colt," their journey may be just the beginning.

“I thought I had nothing to be grateful for. They were taken from me and from each other, but I'm grateful for our time together. Grateful that they were in my lives for the short time they were," Horton said.

"Life sure can be beautiful and sad at the same time. But in the end, if we were to add up all the good stuff, it would stretch as far as the horizon and beyond," Horton read from the book.

"Sebi the Colt" can be purchased online at Amazon.com.