The leader of Lifeline Outreach OBX says Ocracoke Island has been "inundated" with supplies, but a need is still there. 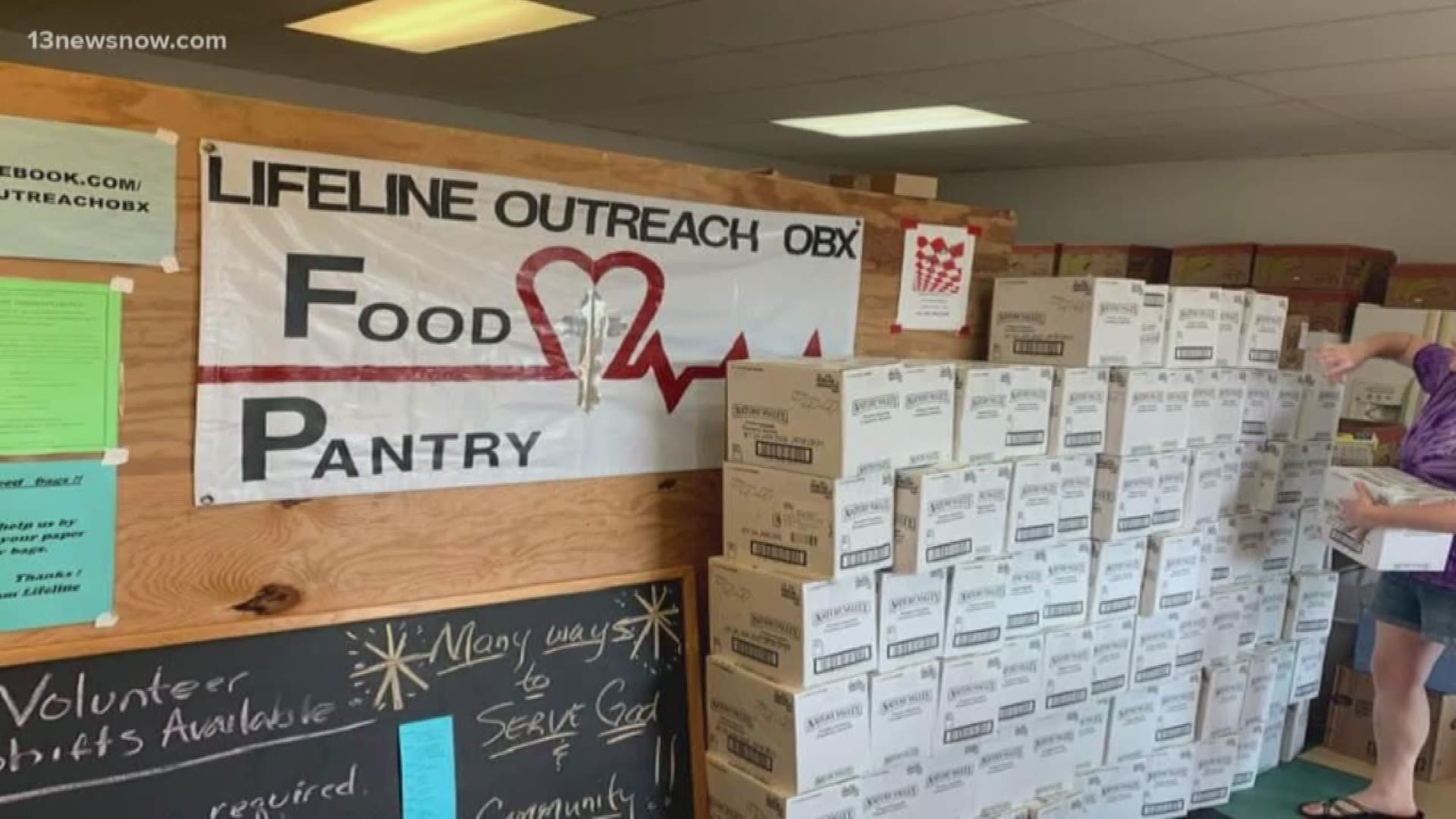 HATTERAS, N.C. — After a hit from Dorian, people on Ocracoke and Hatteras islands are trying to move on. Right now, there's a huge community effort to get people back on their feet.

Wade Weigel with Lifeline Outreach OBX is a part of the effort. He showed 13News Now around the food pantry that was overflowing.

"[The pantry] is normally not piled six feet high with boxes," said Weigel.

He said anything helps as community members have been bringing items like water and baby wipes.

"I heard a report that came back from one of the relief crews on Ocracoke island that said two baby wipes was a bath," said Weigel. "And so things like baby wipes are being used for more than wiping babies."

Homes were gutted on Sunday as flood waters saturated homes after Hurricane Dorian. Thankfully, Weigel said the island is "inundated" with donations, but the need goes far and wide to Southern Hatteras island as well.

"There are parts of Avon that recorded extremely high tidal surge," said Weigel.

The group is now requesting donations for both communities through its Facebook page.

"One of our team members and volunteers started an Amazon wish list. And so that wish list is being updated regularly," Weigel said.

Anyone who wishes to donate time or supplies to Ocracoke Island should send an email to ocracokedisasterrelief@gmail.com.