Just as Dare and Currituck counties reopened their beaches on Saturday, Tropical Storm Arthur moved right on in, creating a soggy Monday across the OBX. 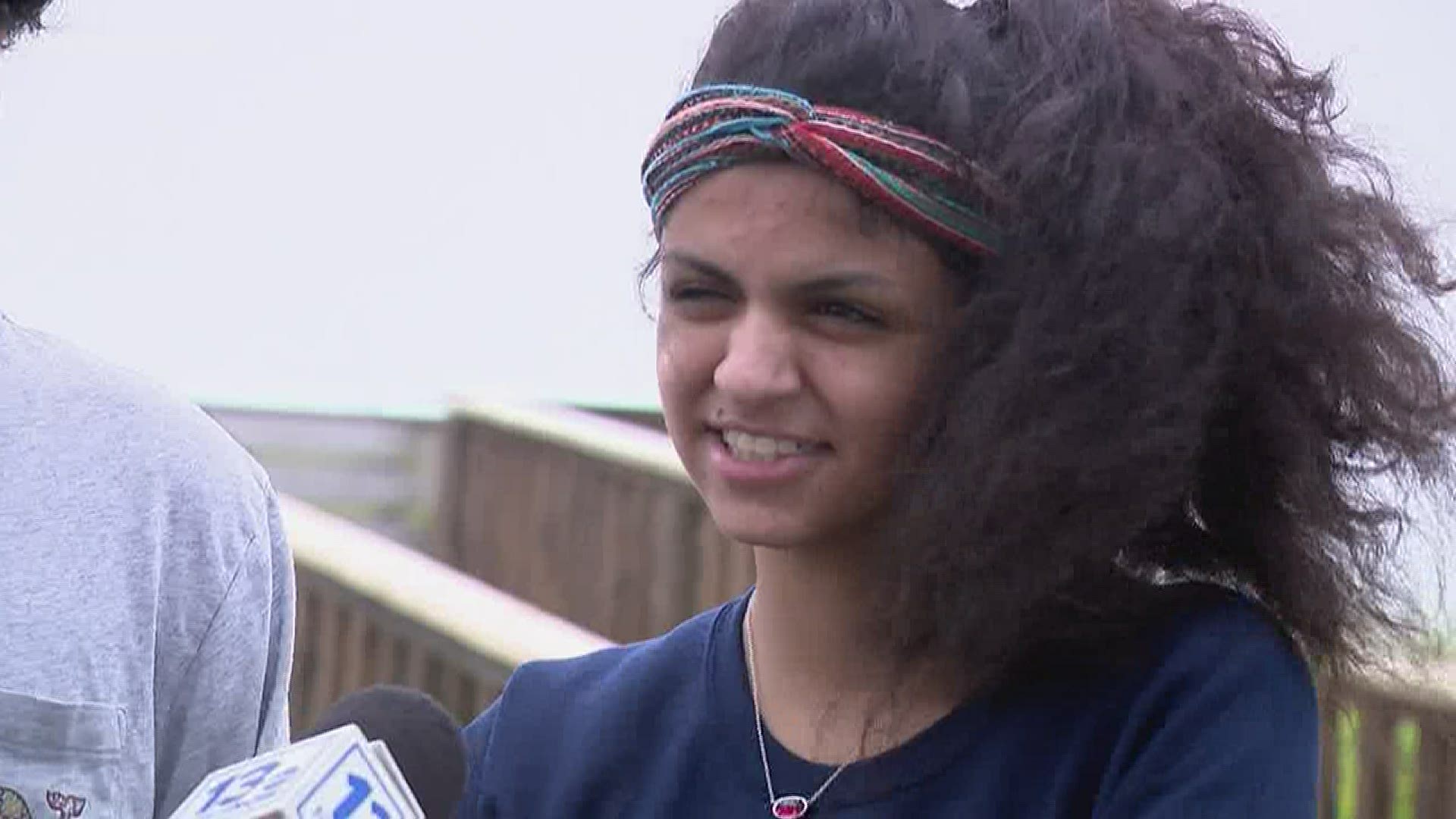 KILL DEVIL HILLS, N.C. — "It's a little crazy, but it's the Outer Banks so we expect this type of weather to happen," Penny Johnson said.

Just as Dare and Currituck counties finally opened their beaches on Saturday, Tropical Storm Arthur moved right in, leading to a tropical storm warning and a coastal flood advisory for Dare County.

County officials encouraged everyone to stay home and to stay away from the water.

"It was real pretty yesterday and out of nowhere this storm kicks up and it looks like it's going to be here the rest of the week," said Kerry Nixon, who lives on the Outer Banks.

A day earlier, people just were excited to be near the water again after North Carolina's Governor Roy Cooper lifted the ban on beaches. Johnson recalled driving down and seeing groups of people at the beach.

"It was pretty packed. The parking lot was full. People were kind of social distancing, but still had a few big crowds," Johnson said.

Despite the rain, N.C. 12 stayed open. A North CarolinaDepartment of Transportation's spokesperson said there was a lot of standing water from Oregon Inlet all the way to Ocracoke Island.

By nightfall, they said there was no ocean overwash or major flooding to report.

The 13News Now weather team warned of dangerous rip currents throughout the day Monday. Even after Arthur pushes farther out into the Atlantic, our meteorologists said heavy rain would be here throughout the week.