Ann Rachell Horton, 39 and her son, Sebastian Lopez were found inside the home in the 200 block of Pine Grove Trail. Officials said the fire was accidental. 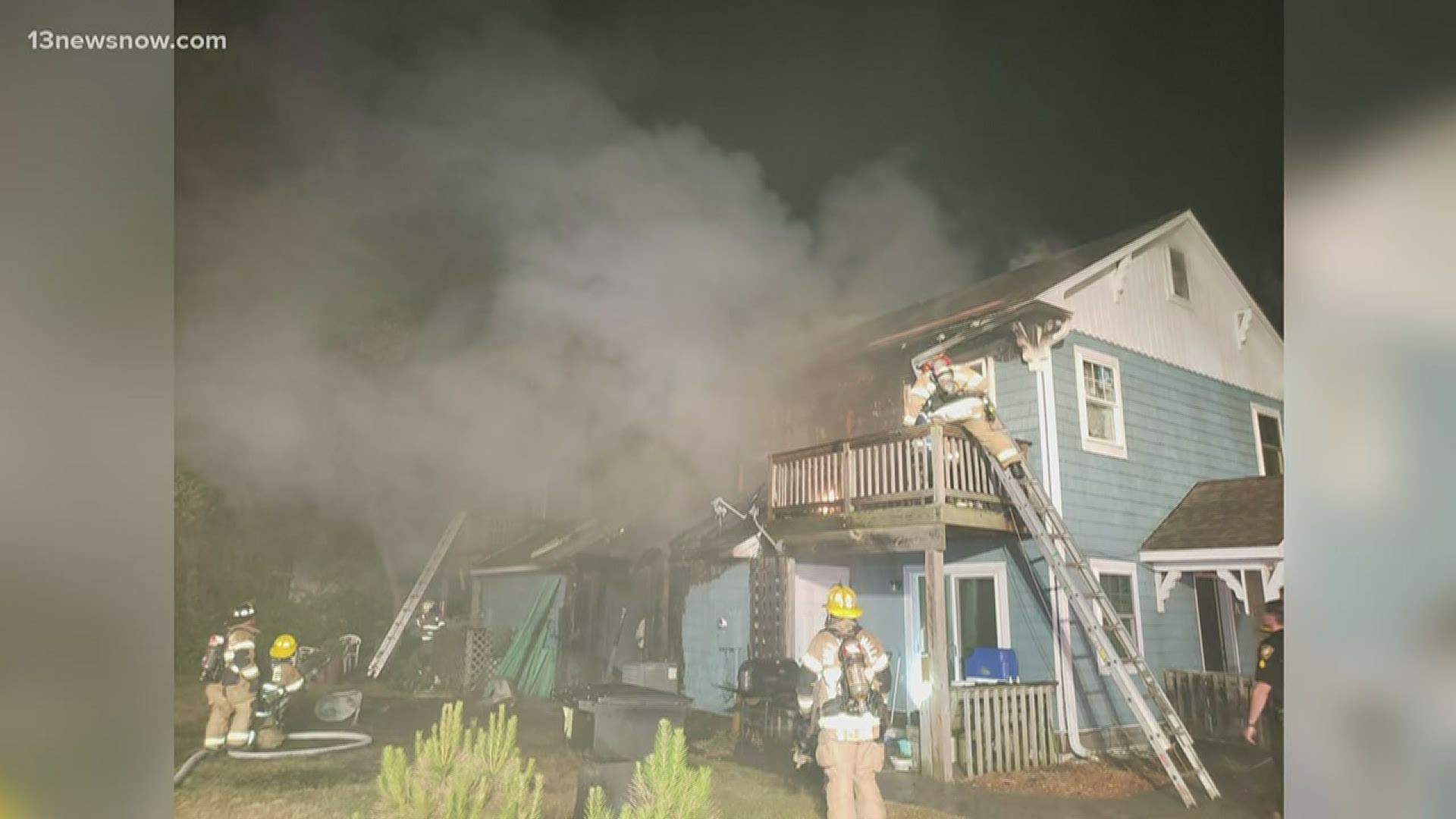 Fire crews responded around 4:25 a.m. to a report of a structure fire in the 200 block of Pine Grove Trail. That's off of South Croatan Highway.

The fire was extinguished but left significant damage to the first and second floors in the home.

Officials said Ann Rachell Horton, 39 and her son, Sebastian Lopez, both died in the blaze.

Credit: Town of Kill Devil Hills
KDH Police Sergeant Rodney Rawls (one of the responding police officers) leaving a memento at a memorial set up outside of the victim’s home.

"The Kill Devil Hills’ community is mourning the loss of two of our neighbors," wrote a spokeswoman for the town. "While the investigation as to the cause of the fire is still underway, we ask that the victim’s family and friends be granted respect and privacy during this difficult and sensitive time."

The origin of the fire was determined to have started on the wooden deck on the ground floor. The cause of the fire was an unattended charcoal cooking grill that was close to combustibles on the deck.

Crews from Colington and Nags Head, along with the Kill Devil Hills Police Department and Dare County EMS, were also on scene and assisted in taming the fire.