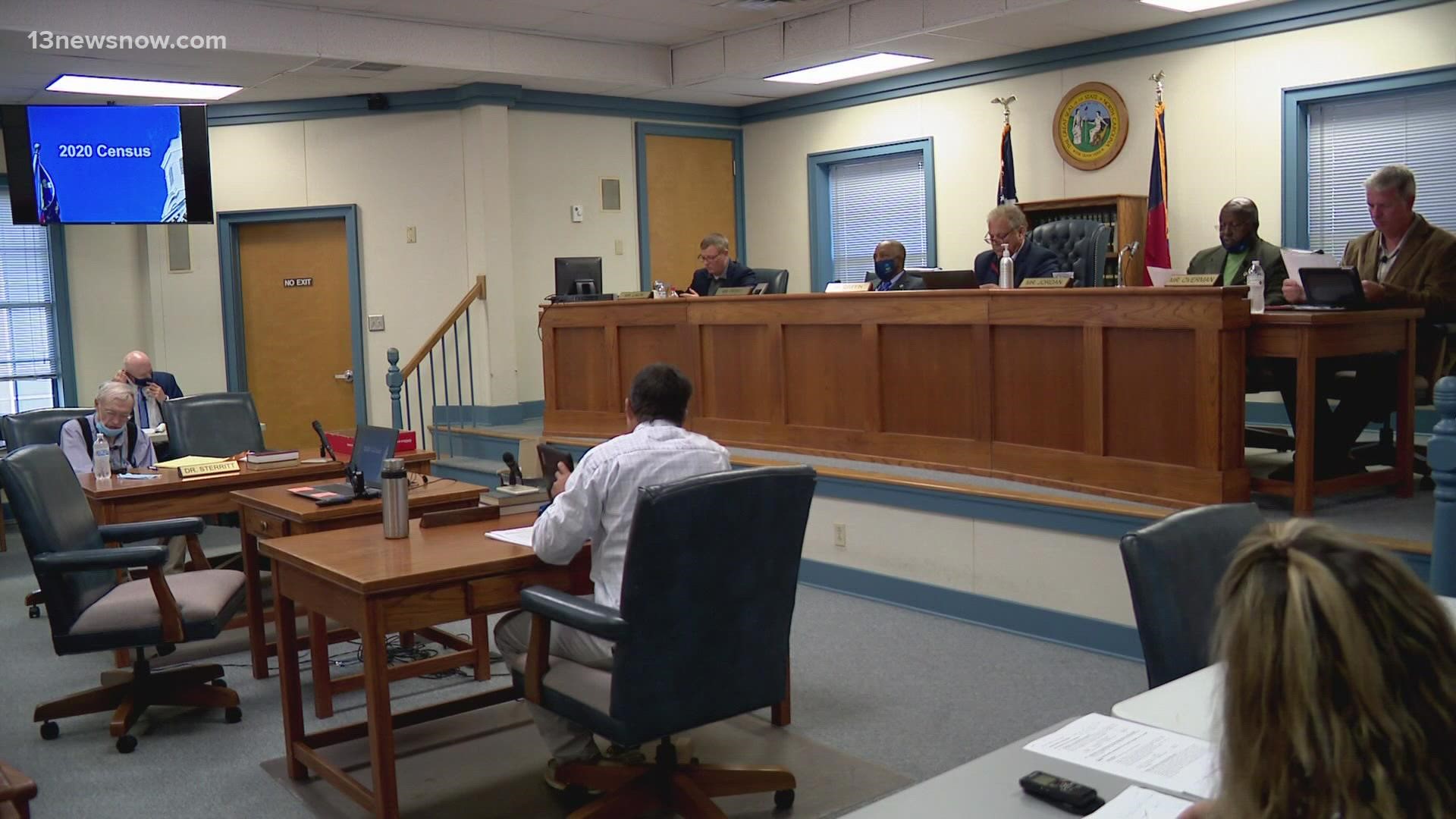 Deputies were serving a warrant on April 21, when Brown tried to leave the area in his car, and deputies opened fire.

The shooting sparked months of protests in Elizabeth City. The district attorney decided not to charge the deputies involved, calling the shooting "justified." Now, change is on the way for the sheriff's office.

The de-escalation training is mandated by the state of North Carolina for them to learn how to peacefully diffuse real-life situations that could come up on the job -- for example, during traffic stops or search warrants.

Commissioners also approved getting help from an organization based out of Arizona called Police2Peace. One component creates a Citizens Advisory Council.

“This is what has resulted after the death of Andrew Brown. However, it is a move forward," said Pasquotank County NAACP Chapter President Keith Rivers.

Rivers was at the meeting and said he’s part of that new council.

"This advisory committee is designed to bring about accountability and transparency. It’s is designed to take a look into critical incidents that can happen in the county. Also, it’s to bridge a communication gap," Rivers said.

Pasquotank County Manager Sparty Hammett said he would be in charge of the Citizens Advisory Council.

“Ultimately, we’ll bring in representatives from all aspects of our county and look at things like complaints against officers, we’ll look at potentially disciplinary actions," said Hammett.

Hammett hopes the changes will redefine the county’s image.

“If you look at what we went through in April, and what you want to do is say, 'It was a tragic event.' We don’t want Pasquotank County to be defined by that event. We the county defined by our response," Hammett said.

He said the new policing measures are expected to start in a few weeks.

13News Now has reached out to Pasquotank Sheriff Tommy Wooten for comment, but by Monday night, hadn't heard back.

Most of the public has not seen all of the police body camera footage from the day Brown was shot. The Pasquotank County Sheriff filed a petition to have it released in July, but that approval was postponed. A new dates has not been set.

The Brown family has since filed a $30 million dollar lawsuit.