The Raleigh Police Department released dash and body camera video Friday of a controversial arrest where an officer can be seen repeatedly kneeing a man.

The Raleigh Police Department said it's investigating the use of force by two of its officers during the Tuesday traffic stop.

The arrest went viral after cell phone video recorded by a passenger first appeared online earlier in the week. In the video, an officer could be seen kneeing the driver, punching his back and dragging him out of the car by his neck.

Seven video were released Friday after the department petitioned the Superior Court to release the video during their on-going investigation.

The videos include two dash cameras and one body camera from each officer. The police department also released an edited collection of all of the videos, in which they inserted captions and obscured some items.

THIS VIDEO CONTAINS CONTENT THAT SOME MAY FIND DISTURBING. IT ALSO CONTAINS FOUL LANGUAGE.  VIEWER DISCRETION IS ADVISED. 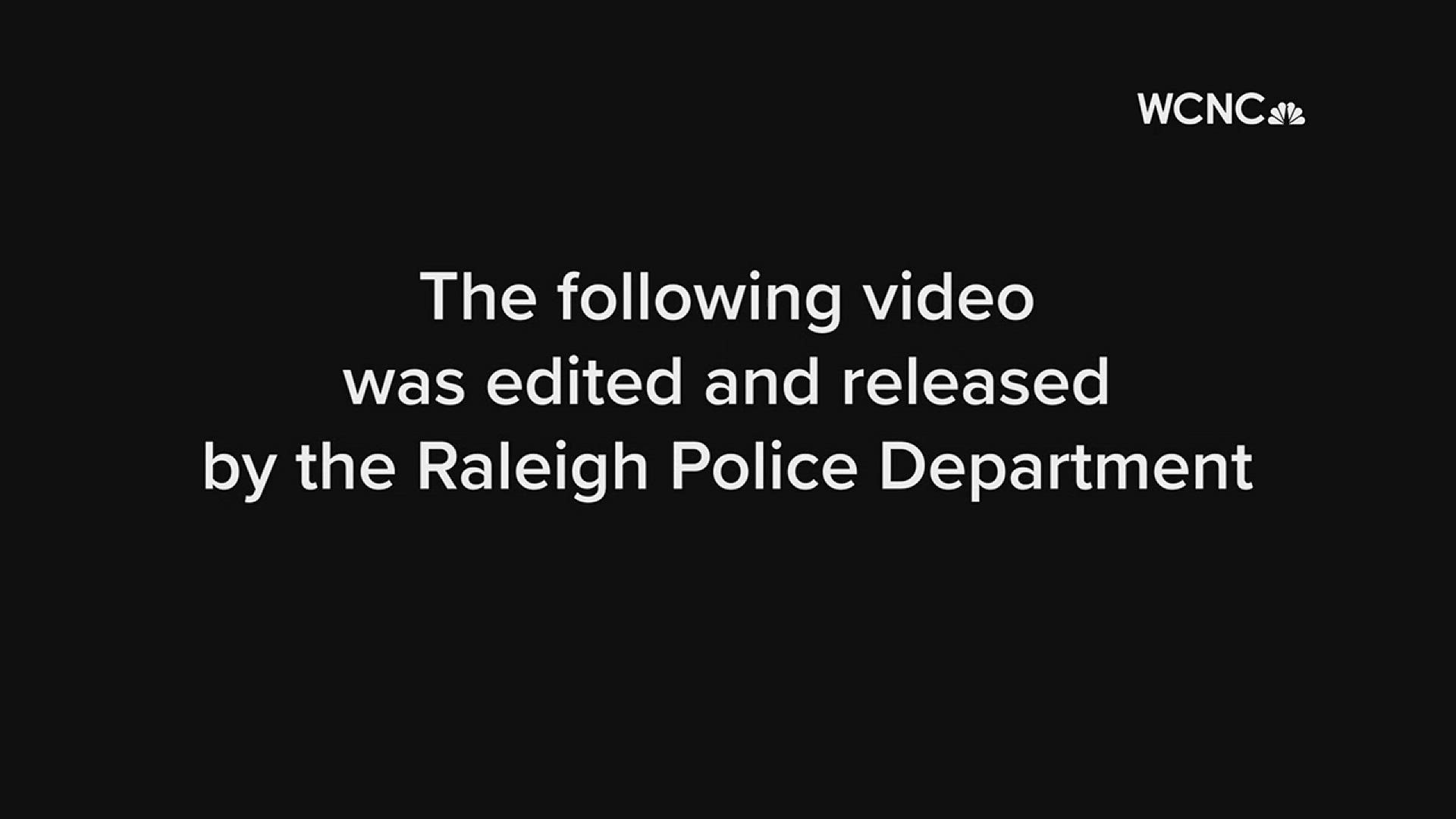 The department said the officer recognized the vehicle as the one wanted for the recent hit and runs.

Around 9:30 a.m. Tuesday, the driver was allegedly involved in a hit and run in near 3500 Wake Forest Road.

He is then accused of being involved in a second hit and run in a parking lot near St. Albans Drive and Wake Forest Road.

By the time officers located the vehicle on Navaho Drive, the car had suffered damage from hitting a pole outside 4320 Wingate Drive, according to officials.

In the videos, the officer, whose name has not been publicly released, can been seen initiating a traffic stop. After the suspect's vehicle stops, the officer approaches the car and soon becomes involved in an altercation with Batista-Concepcion.

Just under a minute after the altercation begins, a second officer arrives and assists in removing Batista-Concepcion from the vehicle.

Batista-Concepcion contends he told officers he was going to get out of the car, but they started hitting him.

He was visibly bruised when speaking with reporters Wednesday.

1 / 13
Wake County, North Carolina
Braily Andres Batista-Concepcion appears bruised in his mugshot after being in an altercation Tuesday with Raleigh Police Department officers.

Braily Andres Batista-Concepcion was subsequently charged with DWI, three counts of Hit and Run, two counts of Contributing to the Delinquency of a Minor, Simple Possession of Marijuana, and Resist, Delay and Obstruct.

You can watch the unedited videos released by the Raleigh Police Department on their YouTube channel:

Police: NY murder suspect may have fled to North Carolina