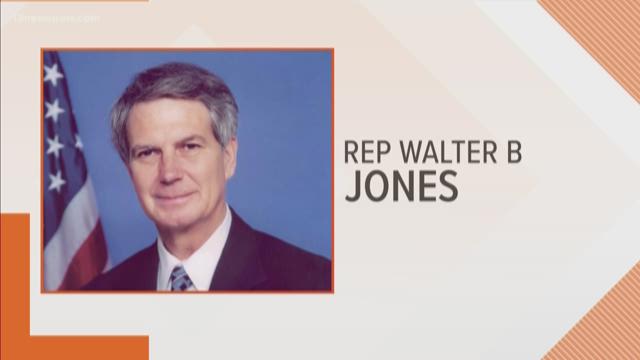 Friends and political colleagues of the late U.S. Rep. Walter Jones Jr. are remembering him as a man of integrity and deep Christian conviction who fought for constituents and what he believed was right.

Hundreds attended Thursday's funeral Mass for Jones at a Catholic church in Greenville. He died Sunday on his 76th birthday.

Jones served for more than 20 years on Capitol Hill. He was a fiscal and social conservative who reversed course on his support for the 2003 invasion of Iraq, becoming a leading critic of military action there.

Connie Gruber told the crowd that Jones never stopped working to absolve her late Marine Corps husband of wrongdoing for a 2000 Osprey crash that killed 19 people. The Defense Department cleared him and the other pilot in 2016.