Report: Controversial push to keep drug addicts from having children 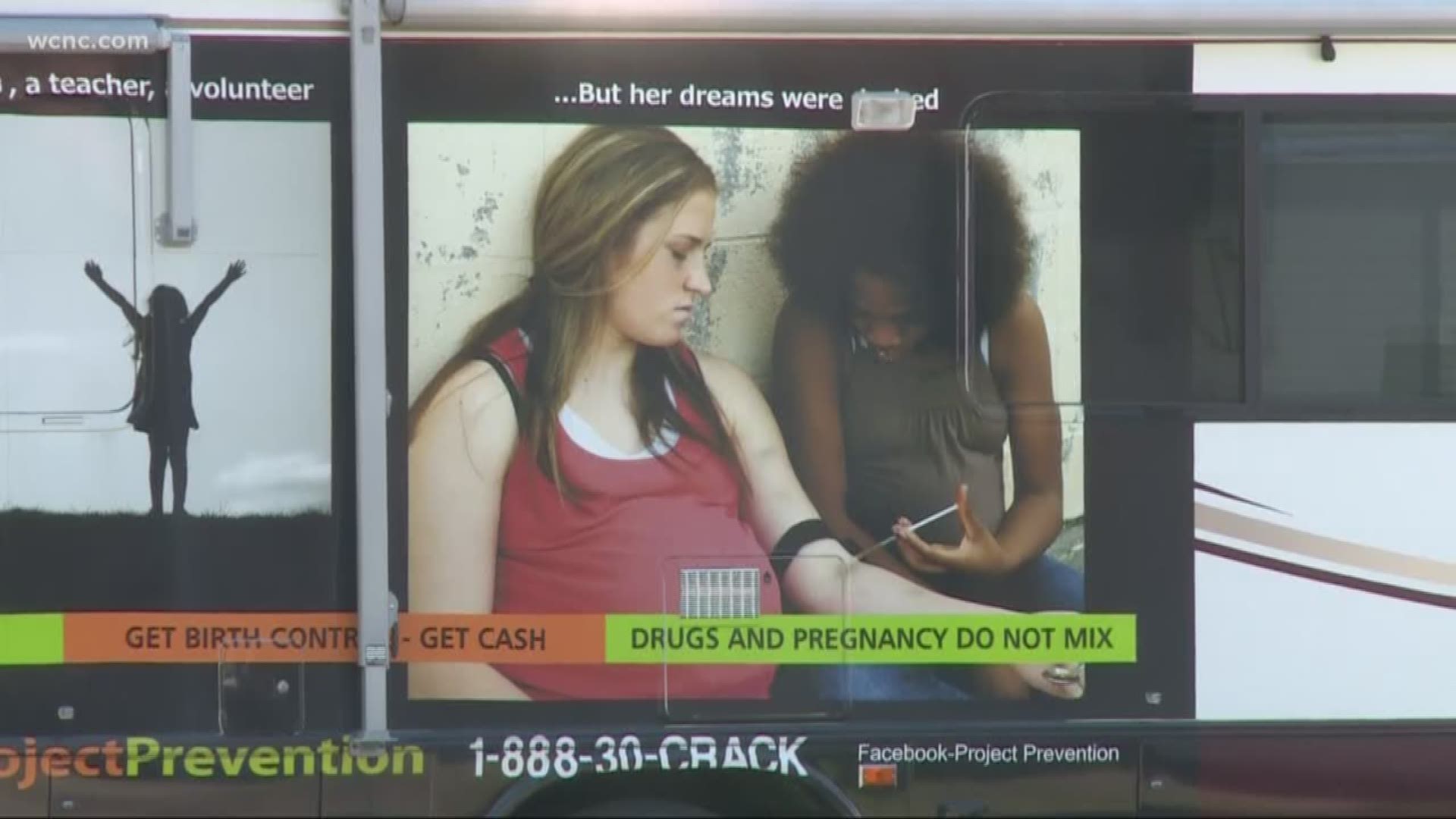 CONCORD, N.C. — In York County, a mother is accused of using heroin while she was pregnant. According to the Rock Hill Herald when Shannon Flaherty's children were born, they were addicted to drugs.

NBC Charlotte has uncovered a controversial push to keep drug addicts from having children.

According to drugabuse.gov every 15 minutes a child is born in withdrawal from drugs used by the mother.

While some say paying addicts to give up their fertility is preventing drug-addicted babies, others believe it is immorally sterilizing disenfranchised women who are not of legally sound mind.

On a busy stretch of Roberta road in Concord, N.C. you might see a blown-up photo of a pregnant woman shooting heroin that reads:

"Get birth control, get cash."

"It's staggering to see driving down the road a pregnant woman shooting up," Barbara Harris said. "It gets people thinking it gets people talking which is a good thing."

Harris is the woman behind it all and her nonprofit Project prevention offers drug addicts and alcoholics $300 to stop having children.

"I believe if you're being irresponsible then you should lose that right until you can be responsible. They can choose the IUD the Nexplanon that goes in your arm they can choose a tubal ligation, in the case of men a vasectomy," Harris said.

Project prevention doesn't perform the procedure, it just pays addicts to get it done through a doctor.

They get $300 outright to be sterilized.  Staggered payments if they choose implanted birth control.

Harris said project prevention has paid around 8,000 women over 20 years.

"All of the women who have chosen to be sterilized had 3 to 13 children first," Harris said. "Every woman that's come through our organization has had 2 to 15 abortions."

Project Prevention was born from Barbara's frustration, but her unique mission has received widespread criticism.

Harris' mission is supported by her now-grown daughter, Taylor, who fell into addiction herself.

"Knowing that I have a problem with drug addiction brought on by her because she did drugs with me in her system it kind of makes me mad because I didn't have a chance when I was born," Harris said.

Even amid the controversy, Barbara received half a million dollars in donations last year.

And she has no plans to stop.

"I've learned over the years that if there's one thing from left to right and everyone in between can agree on it's that it's not OK to abuse children," Harris said.