The US Attorney of Eastern North Carolina said law enforcement will not stand back and let crime rates and drug addictions continue to rise. 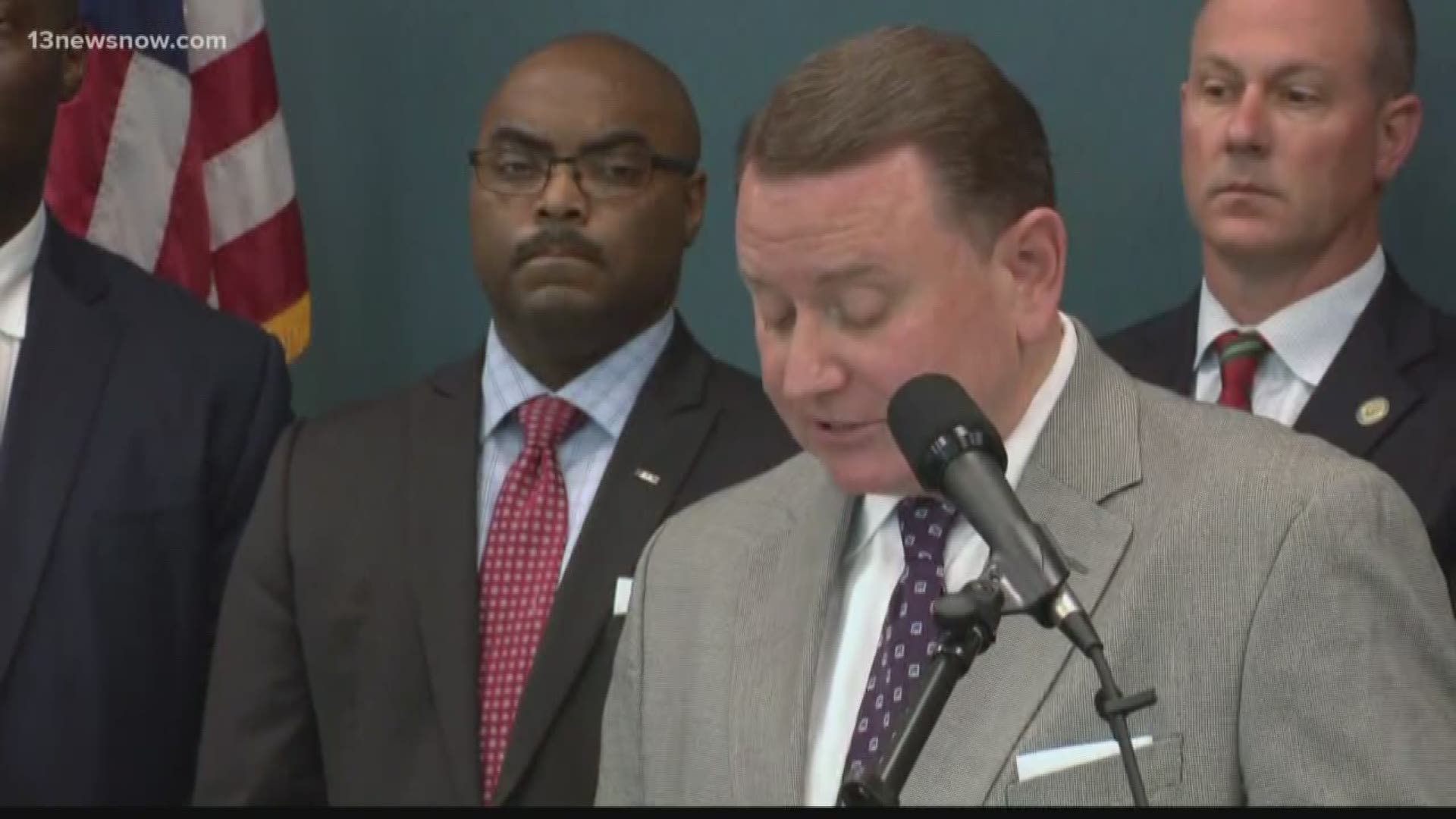 Officials say those crimes have been plaguing the eastern part of the state. The State Bureau of Investigation estimates there are three drug overdose deaths a day, and opioid-related deaths in eastern North Carolina are higher than the rest of the state.

The US Attorney of Eastern North Carolina, Robert J. Higdon, Jr., said they will not stand back and let crime rates and drug addictions continue to rise.

"We will not allow the progress over the past two decades to slip through our fingers," Higdon said on Wednesday. "We will not cede one block or one street corner to thugs or those peddling drugs."

Law enforcement said heroin use is growing across the region, and that officers are seizing more fentanyl.

“I have never seen a drug problem this severe in almost 30 years of my law enforcement career,” said Elizabeth City Chief of Police Eddie Buffaloe.

Since 2014, there’s been a spike in violence and drug crime across the country and Eastern North Carolina is no exception. Higdon attributes it to the US Attorney’s office and the Justice Department pulling back on prosecuting these crimes.

“It didn’t matter what sheriff I spoke to, what chief of police I spoke to,” said Higdon. “They all said, 'We need the federal government back at the table. We need you back prosecuting people, we need the tools that the U.S. district is referring to, we need those available to us.”

Higdon said he has directed all resources in the U.S. Attorney’s office to focus on addressing issues of violent crime and drug trafficking. Part of that effort will move criminals swiftly through the court system and bring the harshest punishment possible.

“What does work is if you target people aggressively, if they’re the right targets, if they’re the strategic targets that are starting all of this,” said Higdon. “Putting them in prison, making them talk is the best way that we know how to do this.”

Work is already underway, as officials are re-assigning resources and targeting the worst offenders.

Prosecutors have been assigned to six geographic areas across Eastern North Carolina to maximize success.