To get answers in a dispute over why deputies shot and killed Andrew Brown, protesters are waiting on a judge to explain why he blocked the release of bodycam video. 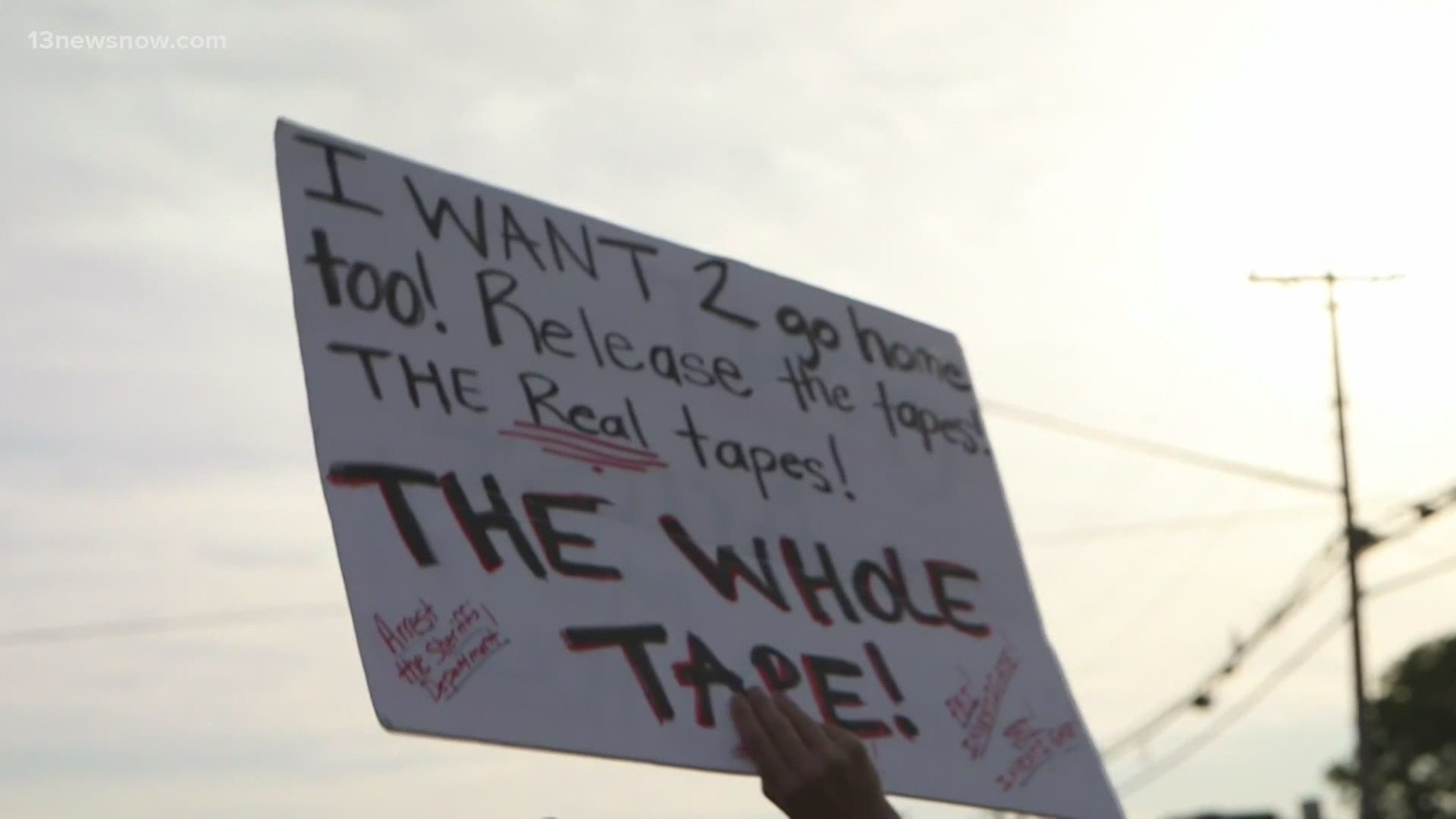 ELIZABETH CITY, N.C. — Andrew Brown's family members said body camera videos show deputies shot at Brown before he moved his car, and Brown "did not pose a threat to deputies.”

However, District Attorney Andrew Womble said Brown’s car “made contact” with deputies twice before they shot and killed him.

To get answers for themselves, protesters want to watch the Pasquotank County Sheriff’s Office body camera videos, but a judge still hasn’t released an order explaining his decision to deny the release of videos to the public.

"It leads to suspicion and skepticism about what really happened," said attorney Mike Tadych, who filed for public release on behalf of a media coalition.

Tadych reached out to the trial court coordinator and sent Judge Jeffrey Foster another letter this week, asking for a complete order that details his denial of the media petitioners' request for the videos to be released to the public.

It’s been more than two weeks since the April 28 hearing, in which Judge Foster said he would reconsider the release of body camera videos to the public after the North Carolina SBI finishes its investigation.

On May 6, Judge Foster released a court order allowing the disclosure of videos to Brown's family, but not addressing the public release.

Tadych said in most cases he’s worked, body camera videos are released before an investigation is finished.

“I don’t pretend to think this is an easy conversation we’re having, but the more information that is available the more people can make decisions on their own," he said.

Tadych said keeping the videos secret builds tension and speculation in the community, and it’s led to the public disagreement between Brown’s family, family attorneys, and District Attorney Andrew Womble

“I think that allowing [that back and forth conversation] probably does more damage to the integrity of the investigation and to add to pre-trial publicity than putting out what actually happened and what the recordings show," he said.

The decision to withhold the videos from the public is up to the judge’s discretion, but Tadych can’t consider an appeal without an order, and the delay could force protesters to wait longer for the transparency they’re seeking.

“Keeping this under wraps until there’s a trial in the matter has just not in my experience been the usual or typical response," he said.

Pasquotank County Sheriff Tommy Wooten and other county leaders have also said they want to release the body cam videos to the public.

District Attorney Womble said in the court hearing that he asked the North Carolina SBI to finish its investigation of Brown’s death by early June.