Alcohol a contributing factor in deadly crash on I-264

The driver of a work van died after striking several cars on I-264 near Military Highway. Investigators say alcohol contributed to the crash. 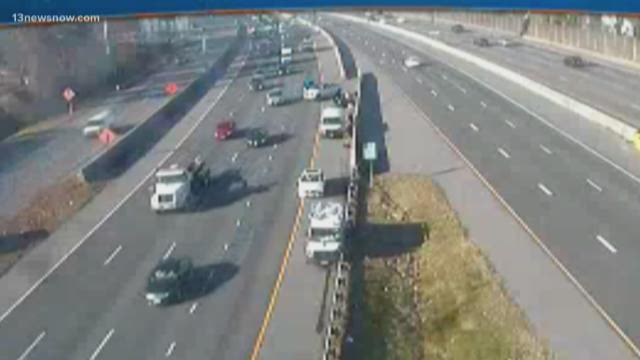 NORFOLK, Virginia — Police say the driver of a work van was killed after he hit a number of cars on I-264 in Norfolk.

The crash took place at 9:15 a.m. on Thursday in the eastbound lanes of I-264 near Military Highway.

Investigators say Jason P. Horstman was driving in the eastbound lanes and ended up hitting a number of cars before crashing into a jersey wall head on. Horstman was ejected and died upon impact.

One other driver suffered non-life threatening injuries and was taken to the hospital. Driver Nicole Council said she saw the accident while driving to work.

"Traffic just came to a complete stop, all four lanes were blocked. And there was a gold-colored sedan with its front bumper kind of ripped off and you could see inside where the tire was,” said Council.

Driver Marquita Lawton said first responders were all over the interstate.

“I saw cop cars with the flashing lights, and I remember there was a white pickup truck that had stopped,” said Lawton.

Police said alcohol was a contributing factor in the crash.

The crash is still under investigation.

RELATED: Video: Car flies over dozens of cars at dealership