Monday, 258,000 Oregonians 65 years old and older statewide become eligible for their shots, joining a list of 230,000 eligible people who have not been vaccinated. 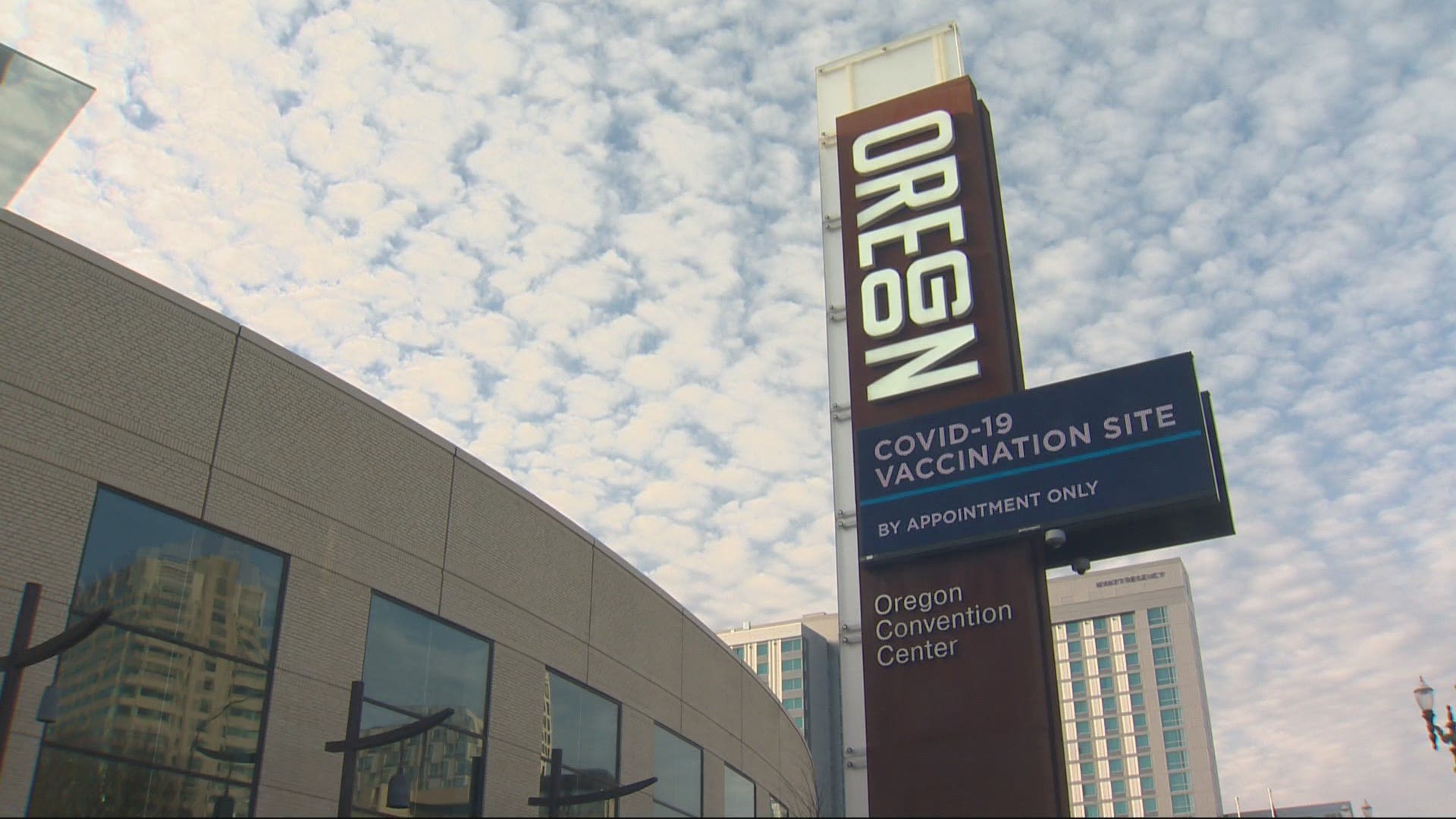 It’s a major change from the mass scramble of past weeks that culminated last Thursday with 400,000 people trying to access the mass vaccination scheduling site. They were trying to get just 500 appointments and caused chaos within the site.

Instead, the Oregon Health Authority (OHA) has already sent the site coordinators the list of names of those who qualify. The state is requiring people to register on the site getvaccinated.oregon.gov.

The OHA has said the list would be generated with names chosen at random but has not clarified exactly how that will happen.

The scheduling will be intentionally low-tech.

“So what we're going to do now is use the call center to call individuals on the list that we get and we're gonna make that appointment for them – and then they'll have their place on the schedule and their day that they can come in and get vaccinated,” said William Olson the chief operating officer for Providence Health, one of the four partners of the mass vaccination center.

That low-tech option will be a relief to tens of thousands of seniors who struggled to navigate the state’s confusing website and the Legacy Health glitchy scheduling tool.

Another 2,400 appointments will open Monday morning at 9 a.m. for the OHSU drive-through vaccination clinic at the Portland Airport. Appointments will be released at 9 a.m. You can access them through the OHSU website or the OHA site.

Also Monday, 258,000 Oregonians 65 years old and older statewide become eligible for the shots. They join a group estimated at 230,000 people 70 and older in the Portland area who already qualify but have not been able to schedule their first appointment.

Friday, Governor Kate Brown said she would not issue a pause in the eligibility of 65-year-olds because she believes all seniors who qualify will be able to schedule appointments sometime in March.

Have a comment or story idea for Pat Dooris? Email him at pdooris@kgw.com