Meet the newest members of the NOPD's Mounted Unit 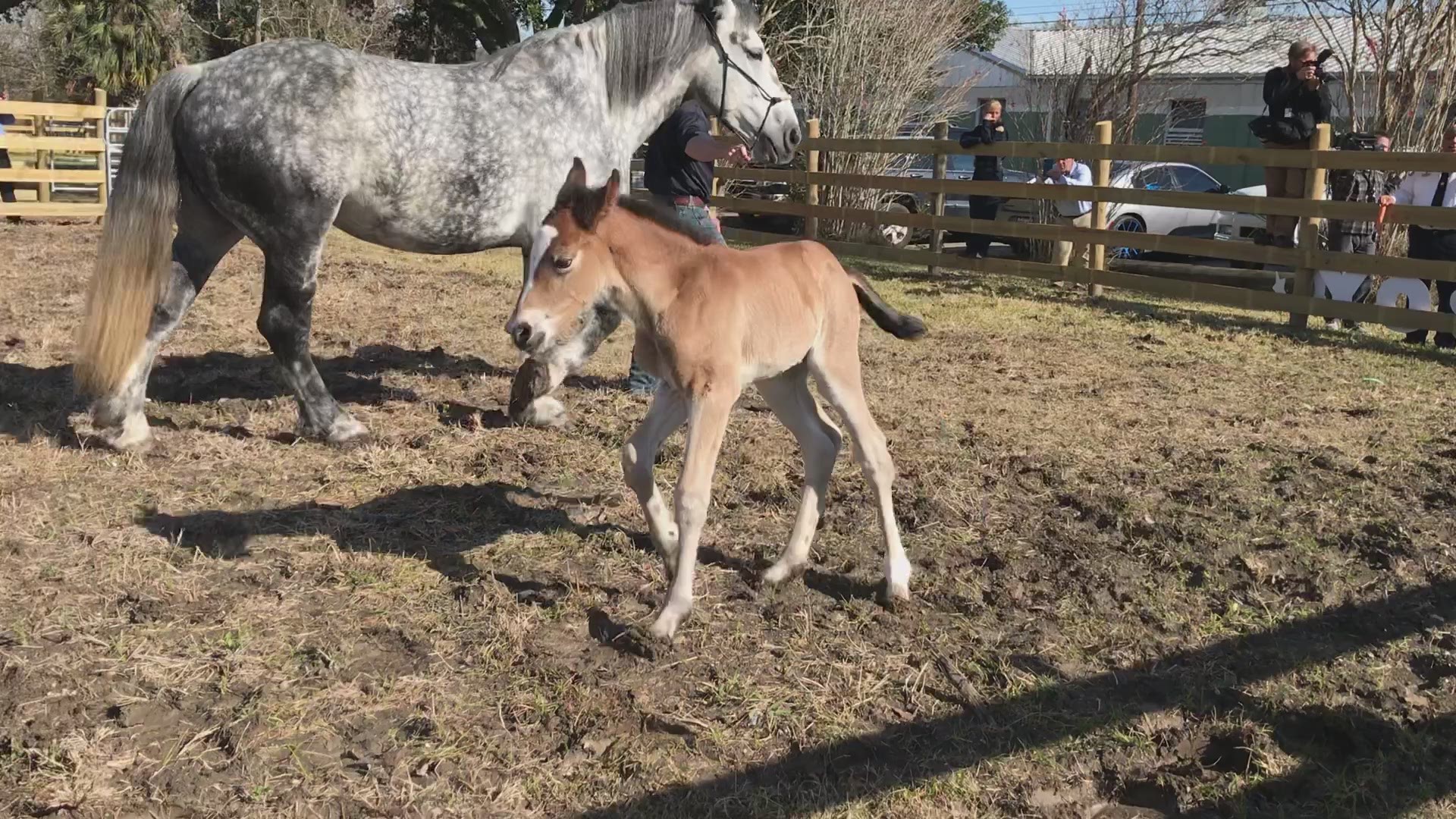 It's not often the NOPD holds a gender reveal for its Mounted Unit, and as it turns out, it was a double reveal: a boy and a girl horse, barely more than a week old.

Two foals are the newest member of the force's Mounted Unit, which recently developed its own breeding program thanks to sponsorship from multiple local groups like the Krewe of Hermes.

The colt's name is Tropical Isle (T.I. for short), named after the the famous Tropical Isle bar in the French Quarter, whose owners sponsored his birth.

The horses and their human counterparts are often seen during big events, like Mardi Gras. When these foals are old enough, they'll hit the streets as well.

At the gender reveal on Tuesday (Dec. 18), the commander of NOPD's Eighth District said the two will certainly be out helping crowd control when the Saints win the Super Bowl this year.