13News Now looked into what strategies are working for a local school division. 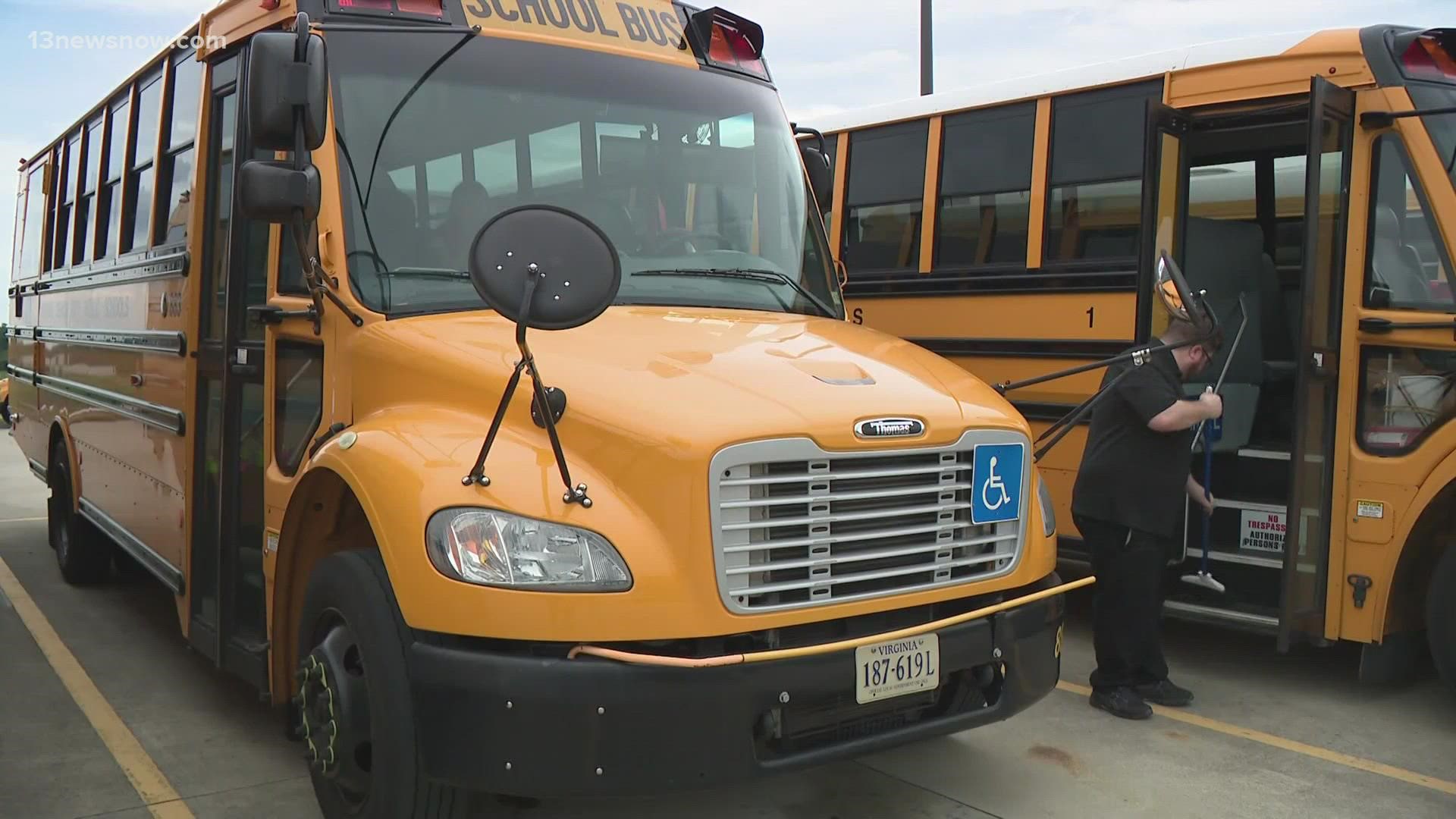 VIRGINIA, USA — It’s the second week of school being back in session for much of the 757. Hampton Roads families and school divisions are still facing bus delays and driver shortages.

As leaders plead for grace and patience, they are eager for solutions.

In a presentation to the Hampton City Schools Board, Transportation Department Director Darrin Wills referenced 45 bus driver vacancies on July 1. Now, counting new hires and trainees, the number is down to 17.

“We have been thinking outside of the box," said Wills. He described recruitment strategies like radio PSAs, billboards, competitive pay and pop-up job fairs—plus, an expedited licensing process.

“We’re able to test our own people here in Hampton, without sending them to the DMV," said Wills.

Still, students feel the impact of a short workforce. A Hampton City Schools eighth-grader told 13News Now his bus is delayed by 25 minutes to and from school.

“As we get more people, we’re able to smooth the pavement out even more so," said Wills.

According to data Wills received last week, bus driver vacancies in Virginia Beach and Chesapeake are in the triple digits. Newport News is short 91. Norfolk has 88 open spots. The least is in Suffolk with five.

Some families are taking matters into their own hands.

Chesapeake parent Matthew Castillo and his wife are driving their kids every day instead.

“We knew that there were going to be issues with scheduling, getting buses in on time and getting everyone in," he said.

As of now, those backups still exist. He encourages more parents to band together and carpool when possible.

At one point last week in Newport News, parent Tempus Bell and her family waited two hours for her 5-year-old to arrive home.

A week later, there are signs of improvement. Bell told us waits times are easing up and now, she’s receiving e-mail alerts tracking her son’s bus. 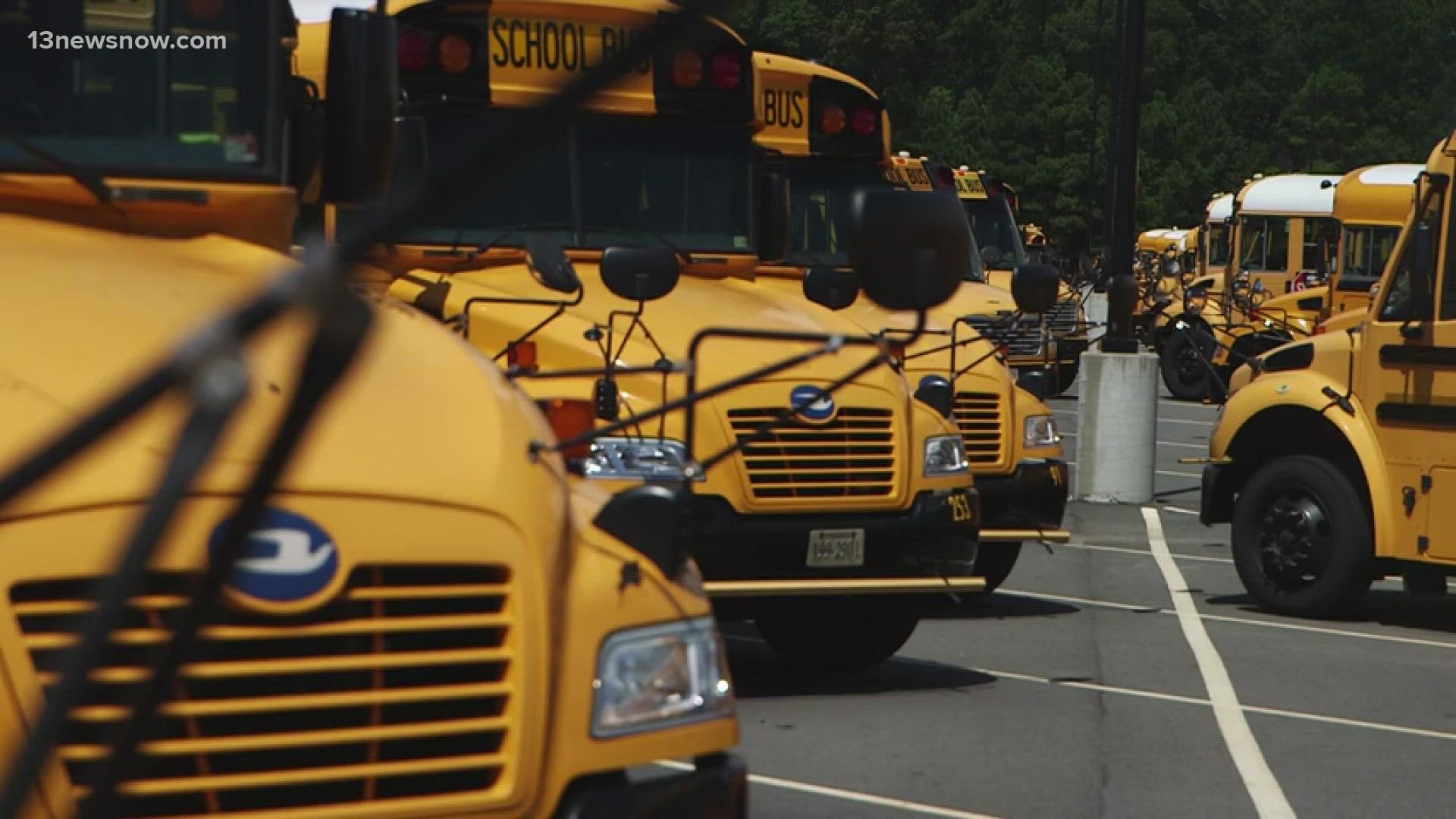