"It wasn’t this nightmarish experience, it’s just out of the normal for everybody." 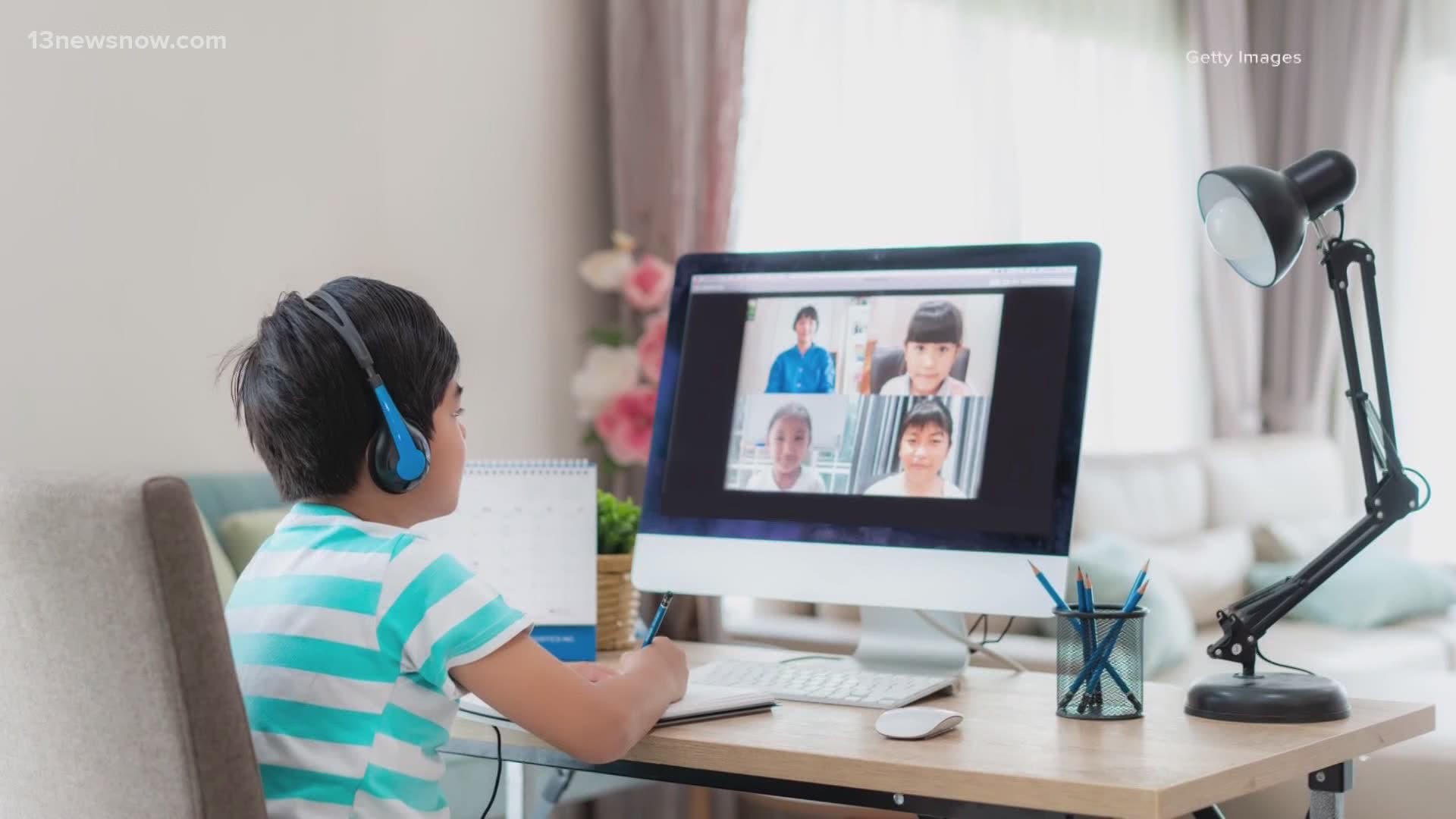 VIRGINIA BEACH, Va. — Day one of an unprecedented new school year is in the books.

"It wasn’t this sort of nightmarish experience, it’s just out of the normal for everybody,” said Virginia Beach parent Maggie Fernandez.

“Our youngest was about to have a one-on-one meeting with one of his teachers. It wouldn’t open,” Fernandez said. “Then we got the email from VBCPS and it was just saying it was affecting schools up and down the East Coast.”

Superintendent Dr. Aaron Spence said the issue was on their security provider’s end. The division released a statement Tuesday:

VBCPS is aware of a technical issue that is affecting internet access in our schools and administrative buildings. This is causing a problem for those trying to access the internet. This outage is affecting schools up and down the east coast. Our engineering teams are actively working to fix the problem and we will have an update for you as soon as possible. Thank you for your patience.

“In less than an hour we were able to resolve that,” Dr. Spence said.

He said there were no major hiccups, division-wide.

“Although it was virtual, in many ways it was a lot like what we would expect to see in any school year when students are with their teachers,” Dr. Spence said.

Dr. Spence hopped into a few Zoom classrooms Tuesday. He doesn’t have attendance numbers just yet, but said the 10 classes he visited were full.

“When we don’t see students that are enrolled or in our courses attending, we will be reaching out,” Dr. Spence said.

“Some parents emailed me concerning some of the technology issues they were having at home, but other than that we had a blast,” Woodhouse said.

Dr. Sheli Porter, Chesapeake’s Director of Secondary Teaching and Learning, said this first week is all about easing students in.

“We are not sitting in the same room, but we are in the same Zoom room and we have something to accomplish,” Dr. Porter said.

She said the division is just ironing out small kinks.

“Making sure the passwords are working and making sure kids know the steps, because it’s such a different avenue getting into school right now,” Dr. Porter said.

Fernandez doesn’t love virtual learning, but she’s thankful for her son’s teachers and is ready to push on.

“It’s better than nothing,” Fernandez said. “I mean, they need their education and if this is the best way for them to receive it, then so be it.”

On Wednesday the Virginia Beach School Board will meet to hear an update on the reopening of schools. The superintendent has said students under option one could return as early as September 22, if health metrics allow.